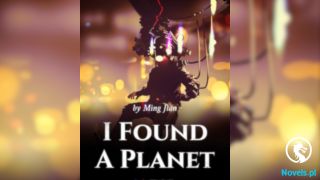 “Hahahaha, young people always speak their minds. If old men like us compare him to a wild dog, we”ll be immensely hated,” said President Hong Wu.

Clark approached Mo Fan, but he looked at Yan Lan with contempt and mockery in his eyes. He looked at her as though to force her to remember how he had murdered her companions.

Yan Lan stood behind Mo Fan. She was too scared to say a word.

Clark smiled and walked past Mo Fan. He slowly left the office along the wooden spiral staircase. His leather shoes tapped against the floor as he walked.

President Hong Wu stopped smiling. He stared at Mo Fan and frowned. “Do you two have bad blood?”

“He came to tell me about this today. The Forbidden Mage, who ranks in the Holy City as an angel, has the privilege of using the Forbidden Curse. Even though I”m the president of the Magic Association, I can”t do anything about it.” President Hong Wu signaled Mo Fan to take this conversation into his office.

Yan Lan sat on a chair with her head lowered.

After knowing about President Hong Wu”s relationship with Clark, she could not trust him even though he was the president of the most prestigious China Magic Association.

However, Mo Fan was of a different opinion.

Clark happened to be related to President Hong Wu, but that did not mean he would protect him unconditionally. There was , of course, the possibility that President Hong Wu would choose to maintain a good relationship with the alliance and Holy City and betray them.

“President Hong Wu, do you know about Mu Ningxue”s recruitment?” Mo Fan got straight to the point.

“But you seem to know what went on behind the scenes,” said Mo Fan.

“I also just learned that Mu Ningxue had a conflict with Mu Rong in the Extreme South Land, and Mu Ningxue killed Mu Rong with an evil bow. I heard that it is related to the years of grievances between Mu Ningxue and the Mu family,” said President Hong Wu.

“I see. She has already been condemned,” Mo Fan said gravely.

“We can”t handle this matter recklessly. We know your relationship with Mu Ningxue. Even so, you can”t simply challenge the majesty of the Holy City,” said President Hong Wu.

“What do you suggest?” Mo Fan asked.

“I have sent someone to find the person in charge of the Forbidden Curse Association in the Imperial Capital. Mu Ningxue is a member of the Magic Association. Even if she is accused of murdering a Forbidden Mage, we have the right to argue her case. Of course, the indictment from the Holy City has not been made publicly, which means there are still many things that the Holy City and the alliance have not figured out. They can”t issue a global bounty for the time being,” said President Hong Wu.

“After your nephew kills everyone who traveled with Mu Ningxue, they will issue a public bounty,” said Mo Fan.

“I can prove—” Yan Lan interrupted.

President Hong Wu noticed their interaction. He looked at Mo Fan again and sighed. “Mo Fan, you still don”t believe me. I know we had our differences in the Magic City—”

“President Hong Wu, this is a different matter. Although I would never doubt your principles of righteousness, a person”s professional ethics and impartialness may not directly correlate with this noble quality,” said Mo Fan.

“Young people are always so direct. If it were another person saying this to me, I would definitely kick him out,” said President Hong Wu.

“President Hong Wu, what do you plan to do?” Mo Fan asked.

“Just like you, I need to find out the truth. Regardless, Mu Ningxue is a member of the China Magic Association. As the president, I”m obliged to protect all her rights,” said President Hong Wu.

“Glad to hear that.” Mo Fan just wanted to know the stance of the China Magic Association.

“I”ve heard about what happened in Dubai. Mo Fan, the Holy City is different from Su Lu. This time, you can”t act impulsively no matter what,” President Hong Wu warned Mo Fan.

Mo Fan had challenged the chairman of the Asian Magic Association because of Feng Zhoulong.

Despite the Five Continents Magic Association”s attempts to block this news and make up countless stories about what happened in Dubai, things could not completely settle down.

Mo Fan was already on the blacklist of the Five Continents Magic Association.

Mo Fan was likely to stand against the Five Continents Magic Association because of what happened to Mu Ningxue.

He was indeed a legendary person in China, but he was a dangerous person internationally. The top management of the Five Continents Magic Association had been paying attention to him for a long time.

China was constantly fighting with demons. Mountain demons were attacking the country, and Ocean Demons were continuing their invasion. If Mo Fan did something outrageous and was caught by high-level international executives, China would have difficulty mobilizing enough power to defend him.

“You don”t have to worry about that. I can”t summon the Azure Dragon to kill the people in the Holy City if I have to fight them.” Mo Fan smiled.

“The Holy City and the alliance are not as shady as you think. A formal pleading is required for Mu Ningxue”s case. This is the only way to prove her innocence and save her,” President Hong Wu said solemnly.

“If it is a formal pleading, I”ll leave it to you, President Hong Wu,” said Mo Fan.

“Oh, I”ll collect evidence to uncover the truth. Don”t you need that for pleading the case?” Mo Fan answered.

“Anyway, don”t act impulsively. Try to find some trustworthy people to find out who is pushing this matter. We have to find out just who wants Mu Ningxue to be found guilty, and what caused Mu Rong”s death,” said President Hong Wu.

“I get it, President Hong Wu. What about Wei Guang?” Mo Fan asked.