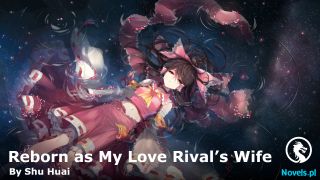 “One more thing. If I’m not mistaken, the Fire Element Earth Pistil obtained by Wei Guang was guarded and handed over to the country by those of us in the Fanxue Mountain. Now that I have reached the realm where I can advance to a Forbidden Mage, I wonder if the country will provide me with the same courtesy,” said Mo Fan.

He came to Hong Wu to ask about the Forbidden Mage. Commander Hua once mentioned some things about Forbidden Mages. The country provided Wei Guang with an Earth Pistil, so was Mo Fan also eligible to receive one?

“I’ll submit your application as soon as possible. As you’re aware, the Earth Pistil is something we can’t ask for. Maybe we can’t even find any suitable one for you in the whole country. However, you can rest assured. After all, you have made great contributions to the country and submitted an Earth Pistil. If there is an Earth Pistil that matches your attributes, we’ll immediately give it to you,” said President Hong Wu.

“That still means nothing to me.” Mo Fan rubbed his temples.

“There will be at least one. It’s hard to say when you will receive one. By the way, you still need to make a report once you accept the promotion of being a Forbidden Mage,” said President Hong Wu.

“What do you mean?” Mo Fan was puzzled.

“In other words, I need the permission of the Asian Magic Association to become a Forbidden Mage.” Mo Fan raised his eyebrows.

Becoming a Forbidden Mage was not simply a matter of cultivation level and good luck but it also depended on the approval of the Supreme Magic Association. Such requirements were not needed on any previous level of cultivation.

“Forbidden Curse is a level that should not exist. Becoming a Forbidden Mage is equivalent to losing oneself. One should not think that the stronger you get, the freer you become. Therefore, I hope you think twice regarding Mu Ningxue’s matter. You must be careful,” President Hong Wu warned him.

“Is there any situation that does not need to be reported to the Supreme Magic Association?” Mo Fan asked.

“That sounds very constricting. If that is the case, the strongest group of people in this world are basically the members of the Holy City and Supreme Magic Association,” said Mo Fan.

“Unfortunately, I haven’t seen those in power abide by the Forbidden Curse Convention. Forget it. We don’t have to worry about that for now. I have other things to deal with, so I’ll leave first,” Mo Fan sighed.

If they did not want him to become a Forbidden Mage, he could not get an Earth Pistil from the Magic Association. Things were still very complicated.

Even if he had made such a great contribution to the Magic City, many people would choose not to get involved with his case especially if Holy City and alliance were involved.

Mo Fan also understood that no one would be willing to help him if he challenged the Asian Magic Association. In the end, he had only himself to rely on.

“He is a member of the Forbidden Curse Association. Whether he is trustworthy or not depends on his actions henceforth. It is hard to say whether he is doing his job as the President of the Dongfang Oriental Magic Association or giving me the cold shoulder to avoid conflict with the Supreme Magic Association,” Mo Fan explained calmly.

“Wei Guang might have hidden some things from everybody but it was not to the extent to get him removed directly from the China Forbidden Curse Association. It seems that someone in the China Forbidden Curse Association has colluded with the people of the Holy City and does not intend to let others know the truth of the matter,” said Yan Lan gloomily.

She had not expected things to turn out this way. She had faced the Supreme Magic Association, Holy City, and Five Continents Magic Association Alliance. They stood like the most magnificent mountain in the world, but she was as small as a mosquito. ‘How am I going to face them and protect myself if I do have to go against them?’

Mo Fan looked at Yan Lan. “Don’t worry. We still have other ways. Let’s go to the Holy City for now.”

“Go to the Holy City? Isn’t it the same as throwing ourselves into their trap?” Yan Lan’s face turned pale with fright.

“Don’t worry. There is someone I can trust in the Holy City.”

It was useless to rush the matter. Mo Fan did not set off to the Holy City immediately. He went to the Flying Bird Base City to check on Fanxue Mountain.

Fanxue Mountain continued to expand its area like a vigorous beating heart of a city. Fan Xuexin City had gradually become the safest coastal inner area.

Surprisingly, the departure of Mu Ningxue and this matter did not have any impact on Fanxue Mountain for now.

“Someone must have given us some protection,” Mo Fan guessed.

The fact that Fanxue Mountain was not affected at all meant that a bigwig in the country protected it and did not allow people from the Holy City and the Five Continents Magic Association Alliance to go to stir up disputes there for conflicts involving Mu Ningxue. Otherwise, the Holy City and the alliance would have already targeted Fanxue Mountain.

Mo Fan was at ease to see that nothing was troubling Fanxue Mountain for now. If something happened to Fanxue Mountain, Mo Fan and Mu Ningxue would not stay silent.