Support
Random Novel
I Am A Legendary BOSS 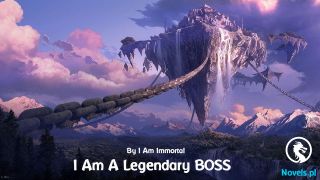 Beside us, a flabbergasted Chaos Moon commented, "Even if all the rooms are sold out, I’m right here… Lin Yixin can sleep with me…"

Lin Yixin shot me a look, but her eyes softened as she grabbed my hand with a smile. "It’s fine. It’s been too long since I last saw him, so just for today, I’m going to spend the whole day with him…"

Chaos Moon facepalmed. "No, not you too… Oh well. Don’t be too loud, okay?"

After that little intermission, we entered the lift together and went to my room.

After Lin Yixin put her gaming helmet on the bed, she plopped down next to it, lay down on her back, and let out a most satisfied groan. "Nngh~! Hotel room beds are the best. I didn’t sleep very well last night because I had to share a bed with auntie. Not only did she almost squeeze me off the bed, she wouldn’t stop introducing her nephew to me. I think he was an elite student who graduated from the China University of Political Science and Law?"

I sat down beside her and held her hand gently.

Lin Yixin smiled and faced toward me. "By the way, where did you graduate, Little Cheat? Why weren’t you a China University of Political Science and Law graduate?"

I watched her expressionlessly as I replied, "Girl, did you forget that we went to the same university?"

"Oh, you’re right! I actually did forget about it…"

Chaos Moon asked, "Beauty Lin, you’re both smart and wealthy. If you wanted to, you could’ve studied abroad or entered Tsinghua University or Peking University, right? So how did you end up in Suzhou University of Science and Technology instead?"

The question surprised Lin Yixin. A short silence later, she replied in a small voice, "It’s because Suzhou University is close to my home, and the only institute I can attend and still visit my mom everyday… Also, it’s not like Tsinghua University or Peking University is a must-have in life. I am the one who leads my own life, so why should I follow what others claim is best for me? I might not have gone even if Tsinghua sent me an offer letter."

I agreed wholeheartedly. "Well said, Yiyi! I definitely wouldn’t have gone to Tsinghua if they had sent me an offer letter. Pooh!"

However, Chaos Moon rolled her eyes and said, "Pooh, you say it like you had the skills to get in in the first place…"

In the end, I decided not to argue with Chaos Moon because one, a real man doesn't fight with womenfolk, and two, her guess that I was incapable of entering Tsinghua was spot-on. My score was at least 250 points lower than Tsinghua University’s acceptance score, so, yeah…

I nodded. "I’ll go with you. But before that, we should get something nice to eat at the hotel restaurant. Whatever they might serve, it has to be better than Yangbie soup…"

Lin Yixin immediately glared at me. "OMG, I told you not to repeat that name! Ah, to think that this is how I lose my reputation…"

Chaos Moon stifled a laugh before teasing us, "You guys are too harsh. Yangbie soup’s a perfectly serviceable dish…"

And so, I accompanied Lin Yixin to Tekes County again, and this time, I made sure to carry my bank card with me. First things first, I bought her the latest Nokia SK76. It cost me a whopping 30k+ RMB, but after such a long time of separation I thought that the gift was perfectly reasonable.

Next, we got her a new phone card but used the same phone number as before. After we reported the loss of her bank card, we immediately got her a new one and restored her access to her bank account again. Besides getting a new identity card, Lin Yixin also bought a few sets of clothes and some daily necessities. It certainly looked like she planned to stay here for a long time. Long story short, it was nighttime by the time we finally returned to the hotel.

We called Chaos Moon to join us for dinner. After that, it was just me and Lin Yixin inside my room.

As I locked the door from inside, Lin Yixin blinked once before asking me, "What are you doing, Little Cheat?"

I smiled at her, walked up to her and hugged her. "I missed you so much, Yiyi…"

That one line was all it took to melt away all of Lin Yixin’s wariness. She returned the hug tightly and buried her face in my neck, whispering, "I missed you too…"

A while later, Lin Yixin stared at me with loving, regretful eyes. "I’m so sorry, Lu Chen…"

"Why are you apologizing?"

I kissed her on the cheek and consoled her, "You’re here now, and that’s all that matters. Plus, have you forgotten how high my Defense is? This bit of injustice is nothing at all, not to mention that I found some OP equipment at Iron Skull Wilderness such as an Immortal-grade ring, the Sacred Armament Fire God Helmet, and evolved the Purple Ying Sword. I’m doing more than fine, so…"

Lin Yixin nodded with a bright smile. "I know, I know. My Little Cheat is the toughest man in the world…"

I looked into her eyes, and so did she, our gazes locking together.

Slowly, I bent down and kissed her on her soft, red lips. She shivered all over and she responded clumsily to my advances. She whined as if she was disturbed by the way I was licking her tongue, but her arms only tightened to the point where I felt like she was trying to bury herself in my torso.

Lin Yixin exhaled audibly as we parted slightly for air. Her cheeks were bright red, her tears hadn’t even dried yet. The translucent droplets hanging atop her long eyelashes made her look even prettier than she already was. I could literally feel her body temperature rising as she twisted slowly in my arms. Lin Yixin was, to put it bluntly, turned on after that long kiss.

"Mm?" Still kissing my lips, she opened her eyes and stared at me inquiringly.

I kissed her again and said, "I have a feeling that something is going to happen between us tonight…"

She turned even redder than she already was before pushing me away. "Don’t even think about it! When I told my mom that I was coming for you, she told me that a girl shouldn’t give herself easily!"

I looked at the starry sky outside the window. "It’s too bad that we were never the giving type, were we?"

Lin Yixin pretended to spit at me before saying, "Cease your evil thoughts. Now help me connect my gaming helmet. All-nighter gaming session, here we come!"

I scratched my head. "Are you seriously going to leave me hanging like this?"

"Did you forget already?"

Lin Yixin pointed to the room next to ours. "Chaos Moon is just next door. She’ll… hear if we do… something."

It was at this moment Chaos Moon’s voice came through the wall. "Don’t worry, I can’t hear you, so just keep doing whatever you’re doing. I’m busy eating Dairy Queen ice cream anyway…"

What star was this hotel again? Well, it doesn’t matter, because its soundproofing was absolute sh*t! Pooh!

The good news was that every hotel room had 8 dedicated lines that allowed a guest to connect to an Eternal Moon game, so both Lin Yixin and I could log into the game and play. The concerning news was why a single room would even have 8 dedicated lines to begin with. The bed couldn’t possibly fit 8 people, could it? That would be something to see.

Before we logged into the game, Lin Yixin asked me, "What will you be doing after you go online?"

I thought for a moment before answering, "PvP, I suppose. Iron Skull Wilderness is a dangerous place, and both Breeze and Rain and Flowing Cloud are just waiting for an opportunity to beat my ass. I have to be on my guard at most times to ensure that they don’t blitz my territory while I’m gone. What about you, Yiyi?"

"Kill the final boss of S2 and gather a full set of S2 equipment for Purple Marquis."

"Actually, I heard that the first S2 set ever just appeared yesterday. I wonder who was the player who managed to beat it? The last boss, the Death God, has a ridiculous Attack. I almost couldn’t believe someone managed to beat it…"

I coughed. "Yeah yeah, he must be an incredible player…"

"It was you! Who’s the lucky girl who got the S2 set, you bastard?" Lin Yixin punched me.

I defended myself while asking, "The fuck, how did you even know that I gave it to a girl?"

"Oh?" Lin Yixin turned thoughtful. "I know her. She was the number one warrioress of the Dutch server, but she quit and became unaffiliated. A few days ago, you managed to win her over to your side, didn’t you? Yes, Qingqing told me about it. Also, there were rumors about you planning to make yourself the king of Iron Skull Wilderness in the India forums…"

I smiled at her before checking the time. "Anyway, it’s 8 pm now. I’ll be playing for 3 hours and logging off at 11 pm sharp. You should do the same. We both could use some rest after everything we went through…"

We cuddled as we lay down on the bed and slipped into the virtual world. Thanks to our experience and Lin Yixin’s house last time, we weren’t as embarrassed as we were before. Of course, we didn’t do anything besides cuddling. Last time, we were worried that Lin Yixin’s mother might catch wind of our activities, and this time it was because the hotel room had quite the "OP" soundproofing, so to speak. Who knows if Chaos Moon wasn’t just waiting to catch us red-handed, and I wasn’t going to tempt fate.

After I appeared in Bonecrush Forest, Hickey immediately sent me a message: "You’re finally online, boss. We all missed you so much…"

Me: "Did anything happen while I was gone?"

Hickey explained, "Beast Trainer couldn’t accept his defeat and came to Bonecrush Forest again with almost 70k players, but I took the fight to them and ambushed them at Thorny Valley. Both Godkiller and Sacred Oath went all out, and the battle resulted in Beast Soul’s utter annihilation 7 hours ago. We lost almost 27k players, but overall, it was a huge boost to everyone’s morale."

She continued, "Also, a couple of guild leaders contacted me this morning, and they all requested to join our guild. I accepted them as our subguilds, so we now have 5 subguilds, or 100k players, in total!"

I asked, "Are you sure they’re reliable, Hickey?"

Hickey replied with a giggle, "Don’t worry, boss. I know these guild leaders personally. They’re all fairly good people, or I wouldn’t have accepted them without going through you first. For example, I would never accept Black Crow Tribe…"

"Heehee. Do you have any rewards for my hard work, boss?"

"I already grinded a full S2 set for you. What else do you want? Anyway, find Warscar and two priests and join me. We’re going to beat the S1 instance in 4 hours and get him an S1 set. Right now, he still doesn’t have equipment fitting for his power and position."