«Upgrade Specialist in Another World (Web Novel) - Chapter 1184: For Your Sake I'd Become a Demon!

It terrified Kou Tingting to see Zheng Kai in such a bestial state. She was stunned, terrified, and filled with horror at the sight.

What was wrong with Zheng Kai, she didn’t know. She just knew this wasn’t right. The way his soulforce was fluctuating made it feel like he was on the verge of self-destructing.

Additionally, Kou Tingting wasn’t quite familiar with the Vampiric Demon Edge, but as the daughter of the Crafting School’s headmaster, how could she not know about demon armaments? Anyone would be able to guess that Zheng Kai was using his own blood to strengthen himself. It didn’t matter if soul cultivators could replenish their blood faster than commoners, anyone fighting this way would most definitely run out of steam fast. And if they ran out of blood, not even being a Soul King would be able to help them live through that!

And that wasn’t even taking into account the results of using a demon armament. Nothing good would come from using one!

Zheng Kai was the son of one of the five most prestigious houses on the continent. Living life on easy mode wouldn’t be hard for him to do at all, should he choose to. But right now, Zheng Kai was putting his life on the line by using a dangerous demon armament to slaughter everyone here…

And he did so without hesitation. It was as if this was the one and only course of action to take!!

That was the only thing he could say! He was using up his own life to protect someone else!

Tears flowed down Kou Tingting’s face as she pleaded for him to stop. The tears made it hard to see anything in front of her clearly, but the bloody figure of Zheng Kai would forever be burned in her mind…

Zheng Kai howled. By now, his entire person was stained with blood. Some of it was the blood of his enemies, but most of it belonged to himself. His robes were shredded for the most part, barring the high-leveled armor he wore on his chest. That armor had done a good job protecting him from the worst of attacks, but both his arms were utterly marked up with injuries. There was even one particular injury on his left arm that was so deep that his bone could be seen. Despite that, Zheng Kai seemed to be ignoring such a wound.

Three Soul Kings had already succumbed to the Vampiric Demon Edge while the rest were desperately trying their best to stop Zheng Kai. But with his ability to teleport, Zheng Kai was making it very difficult for him to be put down. They were being picked off one by one without ever having a good opportunity to kill him!

And whenever Zheng Kai teleported in front of somebody, no one dared to use their own soul armament to defend. Not against the Vampiric Demon Edge! It was in their best interest to put their efforts in dodging.

Not even the shriveled elder, a Late-stage Soul King, was willing to face Zheng Kai head on. He was terrified of the man. Moving out of the way was a far more common thought in his mind than ‘attacking’ was.

Another scream. A Mid-stage Soul King had died. But this time, it wasn’t because of Zheng Kai and his demon armament, but because of the combined efforts of the Wood School.

It happened due to the Mid-stage Soul King’s fear of the Vampiric Demon Edge. When Zheng Kai appeared in front of him, the Soul King leaped out of the way out of his range and coincidentally landed right in front of where the Wood School members were…

The fighters from the Wood School initially thought about helping Zheng Kai fight, but the way Zheng Kai was fighting terrified them of being caught in the crossfire, so they decided to retreat to safety instead.

Zheng Kai was fighting indiscriminately at this point. Everyone was his enemy other than Kou Tingting and so he killed anyone that dared get close to him. If the Wood School got any closer than they were now, then it’d be likely that they’d be attacked too.

So they stood on the sidelines and watched him fight in concern. Every so often, when someone, like the unfortunate Mid-stage Soul King just now, got close enough, then they’d take the opportunity to kill them.

“It’s…it’s impossible!! The Demon Edge shouldn’t give that much power! There’s no way!!”

The shriveled elder cried out in horror. This would be the sixth Soul King to die since Zheng Kai first took out the Vampiric Demon Edge…

He wasn’t a stranger to the demon armament. He knew it was a high-heaven tier soul armament and had the ability to turn blood into power, but he knew it shouldn’t be possible of the feats Zheng Kai was currently accomplishing it with!

Not only was the edge of the blade sharper than his memory served, but it was also powering Zheng Kai beyond what he knew should’ve been possible!

That last point was only made known after the elder inspected Zheng Kai’s aura. Zheng Kai was now…at the level of a Late-stage Soul King!

So now, the elder was in a conundrum. How was he supposed to win against a foe who’s power level, soul armament, and affinity were all better than his own!?

Zheng Kai barked out again and again. While his foes were cowed, he himself was not yet done with his rampage. Whirling around to glare at the Mid-stage Soul King to his left, he disappeared once again!

The Mid-stage Soul King he stared down shrieked in terror. He turned around to try and run away, but that was the wrong move to make! The moment he turned around was the moment Zheng Kai appeared right behind him with his bloody demon armament ready to swing!

The Mid-stage Soul King’s screams died there as his head went flying up into the sky!

The sound of someone crashing onto the earth shocked Kou Tingting from her stupor. Turning around, she saw the crumpled form of a soul cultivator lay on the ground!

The students from the Wood School were the first to identify him. They all shot toward him at once to help the elder to his feet.

Now free of any opposition, the Monster of Black Lightning jabbed a finger at Zheng Kai!

The end of his battle meant he could now focus on the next problem—it was time for him to deal with Zheng Kai!

The shriveled elder let out a sigh of relief upon seeing that reinforcements were now here. Perhaps now, they’d be able to live…

“Hmph! I’d like to see if a demon armament will help you against a Half-emperor! You’ll die…”

He began to sneer at Zheng Kai, but before he could finish his sentence…

A strange light started to shine from the Vampiric Demon Edge. It spread from the blade down to his arm and then to the rest of his body. Lingering for just a moment, the light then dissipated to reveal a completely healed and fully powered Zheng Kai!

It was the +12 additional effect of the Vampiric Demon Edge!

+12 Additional Effect: Heal from all wounds instantaneously. Increase all stats by 300% and dull the sense of pain by 50% for an hour.All damage sustained within that hour will have its severity amplified by 200% afterward.Cooldown of 24 hours.

Another bestial roar erupted from Zheng Kai before he slashed his weapon upward!

A bolt of bloody-red light escaped from his weapon to clash with the violet lightning bolt coming down on him!

Support
Random Novel
Royal Roader on My Own 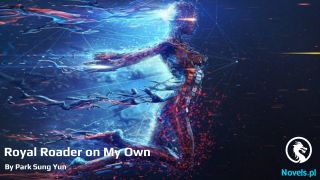