Support
Random Novel
The Rest Of My Life Is For You 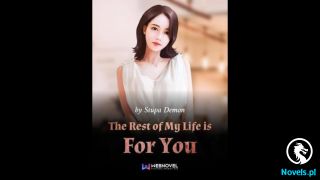 These words were equivalent to face-slapping him.

In the end, they were actually issued with an unstable foundation comment by Ye Yuan.

But Ye Yuan did not care about their emotions and continued making his comments.

A thousand people, just the reviewing took a lot of time.

But, the more everyone listened, the more shocked they got.

Regardless of whether it was source-level powerhouses, or ordinary Seven-star and Eight-star Alchemy Gods, Ye Yuan covered all details no matter how trivial, picking out all of the problems on them.

At first, everyone was still indifferent.

But later on, when it was Ye Yuan’s turn to review them, they immediately perked their spirits up 120%, fearful of missing any trace of detail.

Of course, the problems that existed for each person were different.

Some were major, some were minor.

But no matter who it was, it could not escape the ‘unstable foundation’ these words.

This was the thing that Ye Yuan attached the most importance to. No matter how he emphasized it was not overboard.

Everyone stared at Ye Yuan dumbfoundedly, as if looking at a monster.

They were previously still questioning that Ye Yuan was just deliberately observing a few people.

No one thought that he actually really saw each person’s shortcomings.

What was more frightening was that the flaws on each person, he saw it as clearly as viewing a blazing fire, not missing any trace of detail.

Even it was the slightest minute difference when controlling fire, he could see it clearly.

This kind of means was truly fantastical.

“You … You …” Witchcloud opened his mouth and looked at Ye Yuan woodenly, not knowing what he should say.

But he finally understood why Ye Yuan could crush him in Alchemy Dao.

This kind of horrifying to the extreme soul force control, even if he cultivated for another 100 million years, it was impossible to reach it too.

From small to large was easy, from huge to meticulous was difficult!

The control of soul force, the more meticulous, the harder it was to achieve it.

Being able to have a panoramic view of the pill refinement of more than a thousand people present with Heavenly Emperor Realm soul force.

This kind of thing was simply unimaginable!

“Senior Witchcloud, I know that you might be somewhat unhappy with me saying that their foundation is unstable. But I didn’t have the intention of targeting you when I said these. You exhausted your mind and body for the myriad races. Junior admires endlessly. It’s just that … we need to be stronger!” Ye Yuan looked at Witchcloud and said sincerely.

Witchcloud forcefully pressed down the shock in his heart and said with a nod, “You explained the reason why, this old man naturally won’t blame you. This old man still has this bit of breadth of mind.”

Ye Yuan nodded and said, “I believe that everyone present should all know Thousand Thread Cloud Folding Hand, right?”

Since arriving at this era, Ye Yuan naturally researched the alchemy techniques of this era too.

Although the two eras’ refinement techniques had differences in method, the principle was the same.

Ye Yuan smiled slightly and said, “Okay, then you demonstrate it for me to see.”

The one talking was an Eight-star Alchemy God, also a major power of a region.

Hearing Ye Yuan call his name, he laughed coldly and stepped out of the ranks to demonstrate the Thousand Thread Cloud Folding Hand once.

An Eight-star Alchemy God demonstrating a rank one refinement technique, it was naturally extraordinary.

All around, there were cheering voices.

After he finished demonstrating, he said to Ye Yuan as if putting on a show of force, “Lord Chief Instructor, can it still enter your arcane sights?”

Ye Yuan smiled slightly and said, “Not bad, indeed have some skill.”

He still smiled coldly and said, “Your Excellency saying this, you’re naturally stronger than me. I want to see what kind of trick Your Excellency can pull out of the hat, with a measly little Thousand Thread Cloud Folding Hand!”

The Eight-star Alchemy God said disdainfully, “Your Excellency’s Thousand Thread Cloud Folding Hand is stronger than mine, but what’s the use of this? What has it got to do with unstable foundation?”

But the feeling that it gave everyone was already totally different.

Those who did not know would think that he was demonstrating a technique of Dao pill.

But everyone present was very clear. This was Thousand Thread Cloud Folding Hand!

The shock before their eyes was seriously too intense.

Witchcloud’s two eyes became even rounder, the glimmer in his eyes becoming brighter and brighter.

He was standing at the summit of Alchemy Dao to begin with. What he witnessed was naturally not what bystanders could compare to.

Cultivating a rank one refinement technique to the level of ‘Dao’!

He finally understood what the unstable foundation Ye Yuan was talking about was referring to.

He also finally understood why he lost to the Ye Yuan who was only rank three source.

The disparity between him and Ye Yuan was not a tiny bit!

The entire audience fell into death-like silence once more.

The Eight-star Alchemy God opened his mouth wide, wanting to speak, but he did not speak in the end.

“Saw clearly, Senior?” Ye Yuan looked at the Witchcloud with a shocked face, as he said with a smile.

Ye Yuan chuckled and said, “Senior is an understanding person! Looks like there’s no need for me to explain anymore. From tomorrow onward, I’ll spread Dao in the Alchemy Hall for a year. Senior, call some more people over. I hope that the future Alchemy Hall will have someone who can reach the level of a true Dao pill in the future!”

Witchcloud had a solemn look and slowly nodded his head.

Hence, Ye Yuan started spreading his Dao in another spacetime once more.

The more he listened, the more shocked he got.

Ye Yuan’s spreading of Dao opened up another window for him.

He finally understood why he kept failing to reach rank five.

This extremely ridiculous thing in his view was actually the biggest obstacle to restricting his progress!

In terms of talent, these alchemy path powerhouses in front of him were indeed stronger than later generations.

Ye Yuan knew that as long as a clear path was pointed out to them, they would definitely reach the other side.

He did not know how many Dao pill powerhouses appeared later, but Ye Yuan was certain that there should have been more than one!

Otherwise, it was impossible for Originguard to have been so afraid!