Support
Random Novel
Story of a Big Player from Gangn 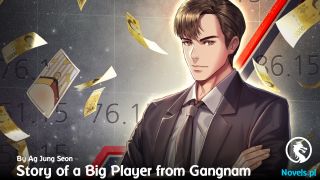 Chapter 2664: Harder Than Ascending to Heaven!

“How is this possible? There’s actually someone who can achieve Cloud Mount Mother Stone max score!”

“What kind of realm can achieve this level!”

Including Zhao Xun and Wu Jian, everyone in the main hall was inexplicably shocked.

Compared to Ye Yuan’s ninth grade perfection, although Zhao Xun and Wu Jian were upper ninth grade two, they were still lacking that bit of level of skill.

“Two hall masters, if you feel that you can achieve ninth grade perfection, how about trying again? Forget about grade two heavenly pills; if you seriously can’t, the two of you can refine grade one heavenly pills too! As long as you can reach ninth grade perfection, I’ll demonstrate true grade for everyone to see,” Ye Yuan just said with a light smile.

Zhao Xun’s brows furrowed slightly and he said with a cold snort, “This hall master has refined countless pills. I really don’t believe that I can’t cross this distance of half a step!”

To alchemy path powerhouses like Zhao Xun, refining upper ninth grade was nothing.

It was just that, they had never seriously researched how to reach ninth grade perfection before.

In terms of medicinal efficacy alone, ninth grade perfection was better than upper ninth grade, but the benefits were limited.

And reaching ninth grade perfection required expending far too much effort. It was naturally somewhat not worth the gain.

In their view, ninth grade perfection was nothing.

The two who were unconvinced made a move again.

This time, they were still a tiny bit short of ninth grade perfection!

How arrogant at heart and haughty in manner were these two? How could they succumb at ninth grade this level?

It was just that, they made a move three times in a row, but each time, it always fell short by a tiny bit!

Although their scales were upper ninth grade each time, they would fluctuate up and down.

There was always that bit of level of attainment that was lacking from ninth grade perfection.

The big shots in the main hall were all stunned.

Yet, they just could not cross this distance of half a step!

“Could it be that this ninth grade perfection is just so hard?” Sun Yunjing said with a frown.

By the side, Jiang Li nodded and said, “More than just hard! It’s simply harder than ascending to heaven! I asked Master Ye for advice before. He made me refine ninth grade perfection before. I attempted grade one heavenly pills no less than several hundred times and didn’t succeed once!”

Sun Yunjing almost jumped up and said in surprise, “What?! This … How is this possible?”

Jiang Li smiled bitterly and said, “There’s nothing impossible. However, the upper ninth grade that I refined is still significantly worse compared to Head Hall Master and Master! However, even if they are very formidable, I reckon that even if they change to grade one heavenly pills, they still can’t reach ninth grade perfection!”

The big shots present were all shocked speechless.

“Change to grade one heavenly pills!” Sure enough, at this time, Zhao Xun suddenly spoke up.

Everyone was shocked in their hearts, Head Hall Master gave up!

Clearly, he felt that grade two heavenly pills were hopeless!

But was it really as Jiang Li said? Even grade one heavenly pills could not reach ninth grade perfection either?

Grade one Foundation Establishment Heavenly Pill could be said to be the basic of the basics, being the most simple heavenly pill already.

Everyone exchanged glances. Ye Yuan just brushed it off with a smile.

Ninth grade extreme could not be achieved with just a high cultivation realm.

To achieve ninth grade perfection, only one word was needed; that was ‘perfection’!

During the refinement process, there could not be the slightest flaws.

Even if there was the slightest flaw, it would result in the refinement to fail.

But it was easy to talk about it; doing it was as hard as ascending to heaven!

This was like drawing a circle, no matter how round you drew it, looking completely flawless, it was also impossible to draw a 100% circle.

It could be said that a true circle only existed in theory.

And to reach ninth grade perfection was to turn this theory into reality!

How great the difficulty involved could be imagined.

One should not look at how the quality of Zhao Xun’s heavenly pills were all extremely high. There was still quite a distance away from perfection this step.

It was also precisely because of this gap that prevented him from reaching perfection.

It seemed to be round and full, a perfect circle.

However, there were still flaws!

This step was separated by a hair’s breadth but was immensely difficult.

In almost less than a quarter of an hour, a heavenly pill emerged for the furnace.

The two people put it on the Cloud Mount Mother Stone in haste, while the others had nervous looks on their faces, anticipating the final result.

Even if Zhao Xun’s status was venerated and he was a leviathan of a region, his face was also reddened to the ears currently; his jaws clenched tightly.

Sure enough, with the grade one Foundation Establishment Heavenly Pill, the two people’s strength was even fiercer!

Zhao Xun and Wu Jian both had excited expressions. They saw hope.

There was only a tiny gap from maxing out the scale!

“Rush up! Charge up for me!” Zhao Xun gritted his teeth and said.

The other powerhouses in the main hall were also secretly cheering them on.

But the results turned out contrary to their expectations.

The scale stopped at the last trace.

Zhao Xun looked at the Cloud Mount Mother Stone with a look of abject as he said, “How … How could this be?”

Ye Yuan smiled and said, “Head Hall Master, I know that you have unwillingness in your heart. You can continue.”

Finally, he gritted his teeth and said, “Okay, again!”

However, no matter how hard he worked, the grade one Foundation Establishment Heavenly Pill was always missing that tiny bit away from the true ninth grade perfection from start to end.

This tiny gap was as far as an ant looking at Heavenly Dao.

No matter how you jumped, you could not touch the sky too!

Finally, Zhao Xun plopped down onto the ground, his face full of puzzlement as he murmured, “Why? Why is it always missing by a tiny bit? Just what’s lacking?”

He examined his own conscience, he had grasped every detail of the pill refinement.

However, the final result was always unsatisfactory.

He seriously could not figure out where the problem lied.

When Jiang Li saw this scene, he could not help shaking his head as he sighed and said, “I didn’t expect that Head Hall Master’s reaction would be exactly the same as mine! This feeling of setback is really indescribable!”