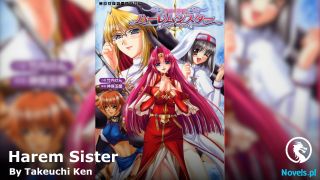 The dignified Heavenly South City’s deputy city lord was beaten to his knees and begged for mercy.

Furthermore, it was even in front of everybody. His face could be said to be utterly lost.

His hatred toward Ye Yuan already broke through the firmament.

“Is the army back?” Ironcore asked his subordinate angrily.

The subordinate hurriedly said, “Replying City Lord, the army is still a hundred miles away from Calm South City. They will be back shortly.”

Ironcore sneered and said, “Very good! Go with me to receive the army! I want to see how that punk will still be rampant without the Emerald Sea Divine Conch! If I don’t smack him into meat paste today, it will be hard to dispel the hatred in my heart!”

The subordinate had a bitter face as he said, “City Lord, Your Excellency, just earlier, Head Hall Master and Second Hall Master have already arrived in Calm South City. Currently, they have already gone out of the city to welcome the army!”

Ironcore was taken aback for a moment and asked, “Which Head Hall Master and Second Hall Master?”

Ironcore had a bad feeling in his heart and said with a frown, “Why are they here?”

In terms of status, they were not even beneath City Lord His Excellency!

Now that the seafolk had already retreated, why would these two suddenly come?

Sure enough, the subordinate also shook his head and said, “This subordinate doesn’t know!”

Ironcore snorted coldly and said, “Who cares why they came! Could it be that they will still stop this city lord from killing a Greater Sublime Heavenly Stratum? Come!”

This scene shocked everyone.

Many of the warriors in the army had just arrived in Calm South City and did not know how big of a stir Ye Yuan caused.

Of course, many people witnessed it with their own eyes, the scene of Ye Yuan and Little Dragon Girl two people thrashing Ironcore was still being dwelt upon with great relish until now.

However, these two people’s identities were not what Ironcore could compare to.

Although Ironcore was the deputy city lord, the city lord was an existence who was a tight fist in Heavenly South City.

Ironcore was at most just a subordinate.

Furthermore, the deputy city lords were not just Ironcore alone.

But Zhao Xun’s status was virtually on par with the city lord’s status.

Although Wu Jian’s status was slightly inferior, it was also about the same.

One could say that the Jade Sovereign Heaven powerhouses of the Land of Heavenly South had practically all received these two people’s favors before.

But now, they actually bowed to Ye Yuan. It was equivalent to talking to Ye Yuan as a peer.

How could they not be surprised at such a scene?

Ye Yuan was not surprised by these two people’s arrival.

Jiang Li was Wu Jian’s disciple. He informed the Heavenly South Pill Hall about Ye Yuan’s matter before this.

With a true grade heavenly stratum pill coming into being, how could these two dare to brush it off lightly?

Hence, they hurried to Calm South City personally and went out of the city to greet.

Ye Yuan also smiled and said, “Head Hall Master and City Lord are too courteous! It was merely a matter of lifting a hand, don’t mention it.”

Zhao Xun said, “Fellow Daoist Ye made great contributions and isn’t haughty. You indeed have the demeanor of a grandmaster! City Lord His Excellency originally wanted to come in person, but he has distinguished guests visiting over at his place and can’t spare time from his main duties to attend to this. He could only order us to do it on his behalf.”

Wu Jian also smiled and said, “My disciple Jiang Li has cultivated bitterly for many years and has never been able to break through. It’s all thanks to Fellow Daoist Ye’s true grade heavenly pill that he finally took this step! As his master, I must say a thank you on his behalf.”

Ye Yuan smiled and said, “Two hall masters are too courteous! This place isn’t a place to talk, let’s go back to the city first?”

Zhao Xun nodded and said with a smile, “As it ought to be!”

The army set off, everyone was extremely shocked.

These two great hall masters were actually so courteous to a Greater Sublime Heavenly Stratum, this was something that had never happened before.

“Just what background does this young man have? How could he cause such a grand line-up?”

“Two hall masters, even if facing peak Jade Sovereign Heaven powerhouses, they will speak bluntly too. Yet, now they are actually so polite to a junior!”

“Ye Yuan, come out for this city lord! Without the Emerald Sea Divine Conch, this city lord wants to see what you’ll use to be arrogant!”

The person had yet to arrive, but the voice arrived first.

Ironcore saw Ye Yuan right away in the army.

Because Ye Yuan was in the most conspicuous position.

Beside Ye Yuan, there were Zhao Xun and Wu Jian.

Ignoring the two big shots, he directly slammed a palm over and was going to kill Ye Yuan.

In the time it took for sparks to fly off a piece of flint, three grand completion Jade Sovereign Heaven mighty experts exchanged a blow.

Ironcore was strong, but Zhao Xun and Wu Jian were peak Jade Sovereign Heaven powerhouses in the first place. Their strengths were not the slightest bit inferior to him.

Two people attacking at the same time, how earth-shattering was it?

Under the one move, Ironcore was directly blown away.

Ironcore was also stunned by this unexpected scene.

He was merely killing a Greater Sublime Heavenly Stratum; that was all. How did he provoke the two great hall masters to take action at the same time?

In the army, many people used pitiable gazes to look at Ironcore.

This deputy city lord was probably going to be embarrassed again today.

“This city lord has a big feud with that boy, so why did two hall masters stop me?” Ironcore endured the churning of his divine sea as he said with displeasure.

Zhao Xun sneered and said, “Huhu, Ironcore, you really are showing your fangs! Attacking to kill someone in front of this hall master, looks like my Heavenly South Pill Hall is merely so-so in your eyes!”

Ironcore’s pupils constricted, and he hurriedly said, “Why does Head Hall Master say this? This boy is merely a Greater Sublime Heavenly Stratum, but he dared to humiliate me in public! If this city lord doesn’t kill him, it’s hard to dispel the hatred in my heart! If I offended two hall masters, please be magnanimous! But I must kill this boy today!”

Wu Jian said in a solemn voice, “City Lord Ironcore is really awe-inspiring! Fellow Daoist Ye is my Heavenly South’s distinguished guest. The two of us were just about to invite him to Heavenly South Pill Hall to be a guest, but you want to kill our guest! Huhu, after going back, I want to ask Meng Frostwind; is this how he disciplines his subordinates?”

Ironcore’s expression changed wildly, only to feel a chill run down his spine.

When did this boy become Heavenly South’s distinguished guest?