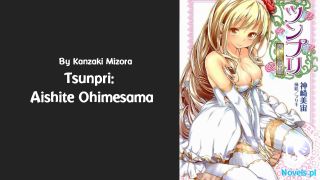 A clear voice of a woman sounded with a never heard before seriousness.

The instant that the Holy Light Arrow dropped down rapidly, a piece of darkness appeared from under the palace grounds. The darkness rose up quickly and engulfed all the living beings led by Ji Fengyan. Within a blink of an eye, there was a huge and dark shield above Ji Fengyan and the others.

The instant it formed a shield, countless Holy Light Arrow showered down.

Within moments, loud explosions were heard above everyone!

That dark shield had actually engulfed over ten thousand light arrows instantly upon contact. The darkness extended from the surface of the shield, like a piece of black and thin thread, and wrapped around the Holy Light Arrows, pulling them into the darkness, leaving only an ear-piercing, breaking sound.

The little old man and burly man who thought that they would die had already closed their eyes by this time and were awaiting their deaths. However, after waiting for a while, they did not feel any pain and when they opened their eyes, they suddenly realised that their surroundings were already in darkness. The light that had lit up the entire palace were gone. Even though it was still daytime, it seemed more like sunset.

“This… what has happened? I… I am still alive? I am actually alive?” The little old man felt himself with his heart palpitating hard, but he did not find any injuries. He looked up in disbelief and saw the piece of darkness above him. Beyond that layer of darkness, he could see the clear skies. There was no longer any trace of any Holy Light Arrow?

The burly man was also shocked. Previously, he could clearly see the ten thousands Holy Light Arrows, why was it that after closing his eyes for a moment…

All the light arrows were gone?

Could it be that Duan Muxi was being merciful suddenly?

However, when the burly man turned to look at Duan Muxi instinctively, he realised…

Duan Muxi’s face was as dark as the base of a pot instantly.

At the same time, a slightly joyous woman’s voice rang.

Ji Fengyan sat arrogantly on the stone statue and raised her chin slightly as she looked at Duan Muxi, whose face had changed from an arrogant one to a twisted one.

No one had expected the situation to change so suddenly and strangely.

Duan Muxi’s expression had never been this unpleasant. It was already inappropriate for him to use a sacred-level sorcery on such an ignorant brat like Ji Fengyan, but he would not have expected over his dead body that his sacred-level sorcery had not harmed her at all!

“You actually know darkness-based sorcery!” Duan Muxi stared at the shield of darkness surrounding Ji Fengyan and his eyes were filled with shock.

The two strongest types of sorcery were lightness-based and darkness-based ones.