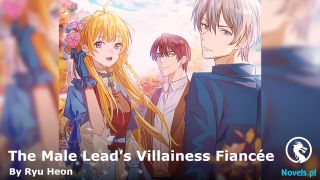 Nana said, “This has something to do with the fact that he has reached his limit for too long. It should be because the Gold Behemoth has been suppressed too much and became agitated. He will back to his usual self after breaking through.”

Lan Xuanyu said, “That’s good then. I’m actually a little worried. After all, the Golden Behemoth is a foreign creature with a ferocious nature. I’m afraid Fatty can’t control him.”

Nana said, “I don’t think so. The Golden Behemoth has been with Qian Lei since he was young and is like a blank piece of paper. He is indeed ferocious by nature, but one is influenced by his surroundings. In addition, he is Qian Lei’s lifebound summon beast. As long as Qian Lei doesn’t like killing, there won’t be a problem. But you still have to guide him carefully and don’t let him become overly aggressive in battle.”

Lan Xuanyu said, “What if his ferocity is aroused? Is there a way to control it?”

Nana said, “This might exist. Once the Golden Behemoth enters into a berserk state, he might not recognize anyone anymore, but his strength will increase exponentially. But the berserk state will not last for too long, and after it ends, it will fall into a weaker state. At that time, you just have to suppress him and let him recover from his emotions. But if it isn’t a very special situation, you must not let him enter the berserk state because it might cause him to not recognize anyone and even attack all of you. It will be dangerous. If you really encounter that situation, you must release your bloodline aura and try to suppress him. Only your bloodline aura can suppress it.”

“En, I will definitely pay more attention to him,” Lan Xuanyu replied seriously.

Qian Lei’s growth was too sudden. After fusing with Fatty Jin, he seemed to have become a different person. This was a good thing for Qian Lei, but there were also a series of problems. Only after a few years of control and suppression, he gradually grasped his own abilities.

In this aspect, Ying Luohong had also given Qian Lei special guidance. Although his soul power was suppressed, his spiritual power had been helping him to cultivate and improve. A sufficiently strong spiritual power was the most important factor in controlling his own mental state. Right now, Qian Lei’s spiritual power was already close to the Spirit Abyss realm and was only a step away.

This basic requirement was naturally to complete a Two-Word Battle Armor and pass the final exam every year. There was no need after that to take part in the Inner Court exam anymore. It was clear how important a spiritual power in the Spirit Abyss realm was.

And there was a huge gap between the next level after the Spirit Abyss realm, the Spirit Domain realm. Although he has cultivated for a few years, it was still very far for the current Lan Xuanyu. He had to cultivate from 5,000 points of spiritual power to 20,000 points!

From the progress of his current cultivation, Lan Xuanyu felt that he might only have a chance to enter the Spirit Domain realm in another ten years or so. After his spiritual power stepped into the Spirit Abyss realm, his improvement speed became slower. Cultivating the Purple Demon Eyes didn’t change this fact.

His current spiritual power was still a little short of 7,000 points and was far from the Spirit Domain.

But Nana had also told him that when his soul power increases, his Martial Soul and bloodline power will evolve, and it would be beneficial to his spiritual power cultivation. It would speed up the increase in his spiritual power or directly increase it. Lan Xuanyu could only look forward to this now.

Right now, the Dragon God Scales on his chest had increased from five to nine pieces. These nine pieces of scales had grown from the center of his chest to the left and covered up his heart.

After sending Lan Xuanyu back to the dormitory, Nana said, “Xuanyu, you should rest first. Meditate and recover tonight. You will break through tomorrow. You and Xiuxiu will be together. She needs your aura the most to break through. After you guys complete your breakthrough, even if I’m not at the academy, when the others break through, guard them and release your bloodline aura. It will help them break through.”

Nana and Bai Xiuxiu had left and she was staying with Bai Xiuxiu, which made Lan Xuanyu a little jealous. But who asked him to go home during the holidays? He had no choice.

Bai Xiuxiu’s reason was also very dignified. ‘You’re already grown up, you’re a man, Teacher is a girl, and she’s so beautiful, it’s so inconvenient to live with you.’ Then, she took away Nana.

The dormitory was spotless and only Bai Xiuxiu had the key. She had obviously cleaned it for him before he returned.

Lan Xuanyu immediately returned to his room and threw himself onto the bed. He felt the comfort of being wrapped in softness and let out a long moan.

After the holidays, he really didn’t feel like cultivating! It was simply because the holidays were too comfortable.

Right at this moment, the soul communication device on his wrist suddenly rang. Lan Xuanyu lifted his wrist and immediately sat up with a surprised expression.

He quickly answered the call, his voice filled with surprise. “Uncle Le.”

A pleasant and gentle voice came from the other side. “Hello, Xuanyu. How have you been?”

“Not bad! I just returned to the academy. Did you come to the Mother Planet?” Lan Xuanyu asked in surprise.

“That’s right! I just arrived and landed in Mingdu City. I have a concert tomorrow. Do you want to come and take a look?” Mr. Le chuckled.

“Tomorrow?” Lan Xuanyu really wanted to go, but Nana was going to help him break through tomorrow!

“Uncle Le, I’m sorry! I can’t do it tomorrow. My soul power is about to breakthrough tomorrow and Teacher has to watch over me and protect me, so I can’t leave. Will you perform at Shrek?” Lan Xuanyu asked.

Master Le chuckled. “I have this arrangement too. We will be arriving at Shrek City in about three to four days and there will be a concert. This is my first time performing in Shrek City. You can come and watch then.”

“Alright, alright! I haven’t seen you for almost a year. I’m already familiar with the Spirit Forging technique that you taught me previously and you can check it out. I should be considered a sixth-rank blacksmith now and my success rate of Spirit Forging is over 40%,” Lan Xuanyu said proudly.

“Not bad! Keep up the good work. Can your hammer technique reach 64 strikes?”

Lan Xuanyu replied awkwardly, “Not yet. I always feel that my strength isn’t enough and I can’t go past 50 strikes. Maybe I’ll feel better after my soul power breaks through. My best is currently 52 strikes.”

Master Le said, “Don’t be anxious, it’s good to take things one step at a time. I came to Shrek this time to see you. I will stay for a few days to practice with you.”

“Sure, sure!” Upon hearing that Mr Le was coming, Lan Xuanyu was overjoyed.

Mr Le had the opportunity to visit the Mother Planet almost every year, but he didn’t come often and only came once a year. But every time he came, he would specially visit Lan Xuanyu and guide him in forging.

However, Lan Xuanyu hadn’t watched Mr Le’s concert for a very long time. His last memories were still from when he was young, when he first listened to Mr Le’s concert.