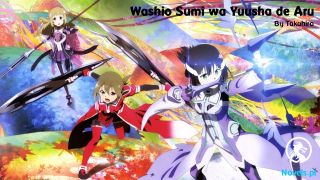 Lu Liangwei straightened up and scanned him from head to toe.

Noticing the shadows under his eyes and his wan complexion, she quickly figured out the reason and asked with concern, “Did you not sleep well last night, Your Majesty?”

Hearing this, Long Yang looked a little uncomfortable. “I slept very well. There is no need to worry about me.”

Lu Liangwei cast him a glance and nodded. “That’s good to hear. If there’s nothing else, I’ll excuse myself first.” She then turned to leave with Zhu Yu and Chu Jiu.

Long Yang furrowed his brow, feeling a sense of displeasure and disappointment at being abandoned there by her.

The feeling soon gave way to panic and disquiet.

Seeing that the girl was about to pass him by, he instinctively shot out his arm, pulled her into his embrace, and said domineeringly, “Did I say you could leave?”

It was a wholly subconscious move and was, in fact, a little rough.

Caught off guard, Lu Liangwei slammed into his chest, and her forehead instantly turned red.

Long Yang was stunned to see her forehead turning red so rapidly.

Was women’s skin always this delicate?

As he stared at her reddening forehead, his fingers twitched with the impulse to massage the spot for her.

Eventually, he suppressed the urge to move.

However, when he realized what he was thinking, his expression turned grim.

It was because he had just discovered that everything about this girl before him seemed to stimulate his nerves effortlessly.

This realization evoked a hint of wariness in him.

How could he let a woman influence him so easily?

He frowned, his face stony as a storm brewed in his eyes.

Lu Liangwei tried to wrestle her arm from his grasp, the pain making her scrunch her brow. “You’re hurting me…”

Long Yang finally came back to his senses, but he was unmoved and, in fact, skeptical. “How much could that hurt?” Was this one of her tricks again? He had heard that feigning weakness was a woman’s specialty.

At the thought, he cocked an eyebrow at her as if he had seen through her act.

Lu Liangwei was dumbfounded and also infuriated by what he said. Holding back her anger, she challenged, “You don’t believe me?”

Long Yang did not reply, but his answer was apparent.

Lu Liangwei glared at him crossly, and while he was not paying attention, she suddenly reached out and scratched him hard on the back of his fair hand.

Long Yang grunted in pain, and when he saw the fresh scratch marks on the back of his hand, he stared at her in disbelief.

“Lu Liangwei, how dare you!”

Lu Liangwei looked at him icily and retorted in his own words, “How much could that hurt?”

The veins on Long Yang’s temple bulged with fury.

How dare this woman lay her claws on him? Did she really think he would not punish her?

Glowering, he grabbed her arm and strode off without a word.

Zhu Yu and Chu Jiu, who had been waiting aside, were shocked to see Lu Liangwei scratch Long Yang’s hand.

The Emperor was no longer the same as before. What if the Empress angered him by doing that?

Sure enough, they saw the scowling Emperor drag Lu Liangwei off the next instant. The color drained from their faces, and they immediately gave chase.

“Please cease your anger, Your Majesty. Her Highness is pregnant, so please forgive her.”

Long Yang ignored them and continued to march forward, dragging Lu Liangwei behind him.

Fearing that she would fall, Lu Liangwei had to jog a little to match his pace.

However, the man’s speed only increased, making it impossible for Lu Liangwei to keep up, and her face hardened as she tried to pry his fingers away. “Let go of me.”

Actually, Long Yang had no idea what he wanted to do.

At first, it was because he felt uncomfortable being treated so indifferently by her.

Afterward, she had brazenly scratched his hand, which enraged him.

Who gave her the audacity to act like this?