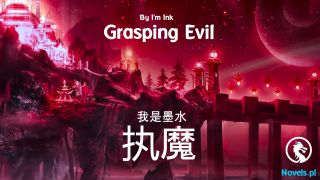 «Transmigrated As My Former Uncle’s Sweetheart (Web Novel) - Chapter 922: Worth Fighting For

Chapter 922: Worth Fighting For

Wanyan Luosang had already treated the burn on the back of her hand with medicine. She had also treated the injury on her lower back, which was rather severe due to the heavy impact, and she could currently only lie on her side.

However, no matter how much her body hurt, the pain could not compare to the shock she experienced from the events in the imperial study during the day.

The Emperor had obviously lost part of his memory and could not remember Lu Liangwei, but other than that, Lu Liangwei remained unscathed.

Didn’t the old woman tell her that the victim of the poison would go mad and inflict irreversible harm upon the people closest to them?

Then why was Lu Liangwei perfectly fine?

On the other hand…

She ended up as the casualty of an unpredictable disaster and the Emperor’s unwarranted fury.

Where did it go wrong?

It was not at all like what she had expected.

Whenever she recalled the Emperor kicking her in the imperial study during the day, the pain on her body seemed to worsen. Moreover, the incident had also dealt a terrible blow to her pride.

She was a lady, after all, and a kingdom’s princess at that, but she ended up being beaten by the person she fancied.

Her face turned a mortified mixture of blue and red.

When Wanyan Jin walked in, he caught sight of her wiping her tears.

There was a brief pause in his steps before he made his way over to her. “Does it still hurt?”

Seeing him enter, Wanyan Luosang dried her tears hastily. She looked at him and nodded pitifully. “Brother, I suddenly feel a little regretful. I shouldn’t have done that, should I?”

Wanyan Jin sat down beside her. Instead of answering her question, he asked, “Did you think about the consequences before doing it?”

Wanyan Luosang pursed her lips, her expression desolate, and said miserably, “I thought that things would go the way I planned, but judging from the results today, they didn’t…”

“But I don’t think so.” Wanyan Jin’s lips curved upward into a faint smile. “I can see that the Emperor has forgotten Lu Liangwei.”

“But he still cares for her.” Wanyan Luosang was dejected. Even though he had forgotten Lu Liangwei, he was still concerned about her.

“Even so, there’s already a rift between them, and once there’s one, anything is possible.” Wanyan Jin glanced at her meaningfully. “What’s done is done, so don’t regret it, or you’ll fall by the wayside. It’s getting late; you should get some rest.” With that, he got up and left.

Wanyan Luosang stared after his retreating figure as she pondered the meaning of his words. A moment later, her eyes lit up.

Yes, Brother was right. What was done had been done, so she should not regret it, or she would fall by the wayside. Besides…

She touched her injured lower back. If she gave up so simply, the beating she had received would be for nothing.

On top of that, the Emperor was worth fighting for.

The fighting spirit was immediately rekindled in her.

After leaving Wanyan Luosang’s room, Wanyan Jin did not return to his straightaway.

He stood in the courtyard with his hands behind his back and gazed at the lustrous moon in the night sky, an intriguing smile playing on his lips.

Once there was a rift, anything was possible.

A woman of her caliber…

The next day, in the imperial study.

Zhao Qian tried to leave quickly after setting down the brush and ink, but before he could move, the Emperor, whose head was buried deep in a stack of Palace Memorials, suddenly asked in a low voice, “What is the Empress doing?”

Why was he asking about the Empress out of the blue?

Did he not currently find her despicable?

When Zhao Qian spotted the shadows under his master’s eyes, he suddenly felt a sense of smug satisfaction.