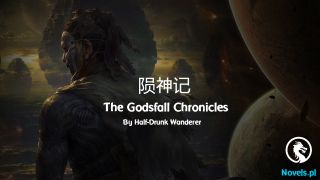 Han Huang frowned. The Divine Robe Daoist mentioned this world before. It was said to be the greatest competitor near the Heavenly Dao, but he did not care at the time.

The Divine Robe Daoist nodded and sighed. “We underestimated the Ancient Desolate. It looks calm, but it’s probably plotting to surround the Heavenly Dao.

“The Great Dao Divine Spirit is one, and the Three Pure Sacred World is another. When the Ancient Desolate Divine Spirit attacks…”

He did not continue, but everyone understood.

With that, he vanished.

Yi Tian scratched his head and smiled. “This kid is really anxious. He’s even more anxious than me.”

The Divine Robe Daoist smiled. “He’s not in a hurry to cultivate.”

After his consciousness returned to his body, Han Huang directly visited Xing Hongxuan. She could contact the Hidden Sect disciples. There was no need to alarm Han Jue.

Han Jue didn’t know about this. Even if he knew, he wouldn’t care.

The Three Pure Sacred World was nothing in his eyes.

He already felt the opportunity to break through, so he naturally had to work harder.

After more than two hundred thousand years, Han Jue finally welcomed the opportunity to break through. He began to consolidate his cultivation.

He successfully broke through.

There were no difficulties. In front of the Ultimate Origin Fiendcelestial, there was no realm tribulation. It was just constantly accumulating cultivation and constantly surpassing the limit.

Han Jue’s Ultimate Origin Power transformed. The Primordial World expanded crazily and the nebulous Primordial Qi in the world increased even more, startling the Chaotic Fiendcelestials who were cultivating.

At this point, they knew that there was a mysterious and powerful force in the Primordial World. They treated it as an illusory immortal.

Han Jue opened his eyes and checked his attributes panel as he consolidated his cultivation.

Han Jue was filled with a sense of achievement upon looking at such a long lifespan.

This was his original intention in cultivation!

After checking his lifespan, Han Jue focused on comprehending his cultivation.

This breakthrough was as he had expected. The Ultimate Origin Power increased exponentially, exceeding ten times before the breakthrough.

Han Jue finally consolidated his cultivation after thousands of years.

Then, he began to cultivate the Grand Unity Aspect.

Eighty-one years later, he finally gathered all three thousand Fiendcelestial Dharma Idols. This time, he even learned the Creation Fiendcelestial.

The power of the three thousand Great Dao was in his grasp.

The Primordial World shook when he condensed the remaining Fiendcelestial Qi.

This vibration could not be felt in the world, but Han Jue felt it clearly. It could be said to be world-shattering, causing his soul to tremble.

Han Jue was very excited and focused on comprehending the power of the three thousand Great Dao.

The Daoist temple shone with red light. Han Jue’s robes fluttered and he emitted a great divine might.

He slowly opened his eyes and looked at his hands. They were clean and white. There was nothing unusual on his palms, but in fact, they were wrapped in Ultimate Origin Power.

This Ultimate Origin Power was mighty!

[100 trillion years of lifespan will be deducted. Do you want to continue?]

(There is a certain chance.]

It seemed to be related to those clones!

“Can the Ancient Desolate Divine Spirit kill me if I take it seriously?”

He had comprehended a new Mystical Power that contained the power of three thousand Great Dao. It was perfect!

This Mystical Power was called the Ultimate Origin Heaven Seal!

The Ultimate Origin Heaven Seal contained the characteristics of imprisonment, destruction, creation, space, time, slaughter, and so on!

“The preparation time is a little long. I have to activate it instantly. The suction force has to be greater. No, I have to directly use the power of space to move the enemy in…” Han Jue muttered to himself. He had a thought and continued.

Then, he increased the number of Foolish Sword Sages.

He easily insta-killed the million Foolish Sword Sages. He was invincible with the Ultimate Origin Heaven Seal.

Han Jue wanted to switch opponents, but he had already developed feelings and didn’t want to change after fighting with the Foolish Sword Sage for a long time.

Moreover, the Foolish Sword Sage was not bad either. He was truly a Great Dao Supreme!

Han Jue didn’t increase the number anymore. He already had an estimation of his strength. Besides, he had also deduced that he indeed had the power to insta-kill the Ancient Desolate Divine Spirit.

Han Jue stood up and walked out of the Daoist temple.

After so many years, Han Huang was already at the late-stage Great Dao Primordial Chaos Realm.

Han Huang suddenly opened his eyes in shock. His father had actually silently arrived at his Daoist temple!

He did not sense anything!

Could it be that the difference between them was still so great?

He had thought that even if he was inferior to his father, the difference would not be as great as before.

Han Huang stood up and bowed.

Han Jue smiled. “Your cultivation has been good recently. It will take some time. I won’t stop you if you want to go to the Chaos. You should grow up.”

Han Huang looked up in surprise.

His cultivation was already at the top level of the Chaos and he could already be independent. He also yearned to be independent, but he was afraid of causing trouble for his father. After all, the fact that he was Han Jue’s biological son was very difficult to hide.

As long as Han Jue had enemies, they would definitely use him as a breakthrough point.

“Father, why do you suddenly say that?” Han Huang asked in confusion.

Han Jue smiled and asked, “You haven’t said your wish yet. I’ve thought about it for you and specially came to tell you. Are you happy?”

Han Huang knelt down excitedly. He only knelt down to Han Jue. Not even Xing Hongxuan deserved it.