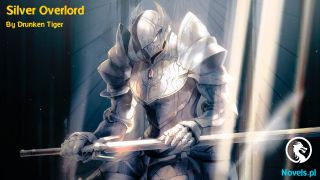 “Get out here, Doomsday!”

Chaotic winds roared and something started to appear from within the clouds!

This was definitely the Doomsday artifact!

It was one of the apocalypse artifacts that had been sent to Chaos in the past, but he had restored this bastard as a test.

Julian foamed at the mouth after an artifact that could easily swallow the entire world appeared.

“Hey! What the hell are you taking out?!”

“What else? An eye for an eye, tooth for a tooth. Pests need to be wiped out with pesticide.”

“Damn it, that ain't no pesticide! Not this! Absolutely not! You cannot use this!”

The entire Earth might be destroyed if he used this. Ju-Heon tilted his head in confusion.

“Why not? I just need to select those stupid rings and get them destroyed…”

Of course, someone with Ju-Heon's abilities might be able to only destroy the rings.

“There’s no way that the risk of an Apocalypse-Grade artifact would be normal!”

“I can just modify that with the Akashic records…”

“Do you want to switch bodies with an artifact for a month again?!”

Ju-Heon was indeed able to use the Akashic records to modify the risks and abilities of artifacts.

However, he sometimes messed up because he was still a new Majesty.

He talked a big game about how he was going to send the apocalypse artifacts without any risks and successfully made the changes, but ended up switching bodies with an artifact.

Thankfully, it was one of the doggie artifacts that ended up in Ju-Heon’s body. The loyal(?) doggie didn’t do anything bad with Ju-Heon's body, but…

The fat doggie used Ju-Heon’s body to overeat chicken, pork feet, pizza, and all sorts of junk food every day.

The skinny Ju-Heon had turned fat. He was extremely obese!

These damn doggies hated to move so much that he just laid around all day and didn't even go to work out as Ju-Heon usually did.

His muscles all turned to fat and his face super round.

Ilya and Jaeha almost died from laughter but Irene and Seol-A had cried.

They observed and stopped the doggies from eating junk food, but they failed because the doggies always ordered behind their backs.

The souls were returned to normal after a month and Ju-Heon returned to his figure eventually, but it was not easy.

It is not easy for a person to lose 50 kg. Thankfully, he was able to recover his physique in about a month while hibernating thanks to having artifacts.

That was why Julian was warning him.

“Do you want to get obese and sleep for a whole month again?!”

“Okay, okay. It was actually nice to get to sleep so long…”

Ju-Heon ended up sending Doomsday back.

And then he chose…

June’s eyes were sparkling at his king calling him.

He was happy to get called by Ju-Heon for the first time in a long while, but there was a bigger reason behind it.

“Good, if I use this opportunity to swallow all human women…!”

June was planning a scary plot to make all human women disappear.

The power of destruction was different.

June laughed without realizing that Jaeha was still on the phone.

[Great! Our king will have no choice but to choose an artifact if all human women disappear…!]

“You cannot get anywhere near me for 10 years.”

Ju-Heon was extremely angry. How dare June think about getting rid of all women and leaving only men in this world.

"That’s so terrible to think about.”

June, who was restricted from getting near Ju-Heon now, was extremely upset.

“You should feel relieved that you weren't exiled for good.”

The rope patted the sad June on the back.

The Cradle (Birth and Destruction) were the Majesty’s partner artifact after all. They changed appearances, similar to how Dragon’s polymorph, depending on the Majesty’s gender.

The rope consoled June who had been on its side.

Ju-Heon used his Majesty’s Authority as if he had no other options.

“All artifacts, listen to me.”

Every artifact in the world reacted to Ju-Heon’s voice.

“I hear your opinion. I do need to designate a Cradle (Birth) and choose a partner from all of you.”

Ju-Heon picked his ear as if he was annoyed as he continued.

“I will take the artifact that destroys the most fake rings and take it as my partner. I will also grant a wish to the bastard who finds the real ring.”

“Alright, I'm annoyed so take care of it quickly.”

[Hey! Quickly get rid of the copies! Find the real ring!]

[What? Weren’t we trying to stop the king’s wedding?]

[Tell them to get lost! All manual labor comes at a price! The one who pays us is our king!]

It would probably have been easier had he done this from the beginning.

"What did you just say?”

Chloe smiled and repeated herself.

"All of the copies are gone and there is a first place winner.”

"Who did you say that the winner was?”

Chloe laughed while saying that he should know.

Ju-Heon had agreed to give the Cradle (Birth) position, his partner position, to first place.

It wasn’t that he had not considered candidates for the Cradle before.

‘Well… I was considering Daji, or Daji.’

It wasn’t that he was romantically interested in Daji, but at least Daji seemed the most woman-like(?)?

‘Pass on Mammon or Crow. I see them every day anyway.’

If he needed to do it with them, the artifact of lust seemed most suitable.

“This thing really got first place?”

Ju-Heon dropped his jaw in disbelief. His reaction was to be expected.

This was definitely Byeon Kang-Soe's artifact.

Ju-Heon had a mental breakdown.

Huff huff! Sire! It is real! I am your partner artifact! Hooray!

Ju-Heon screamed while Chloe laughed while holding her stomach.

“Are you crazy? How the hell did Byeon Kang-Soe get first place?! Those rings might have been copies but those are Major God-Grade rings! How the hell could this bastard destroy them?!”

This was not possible.

Actually, the potential candidates for first place had been pretty limited in Ju-Heon’s mind.

Even if it wasn’t Daji, it should have at least been a Divine-Grade goddess artifact or something!

So what was going on?!

‘Fuck, Mammon, what the hell were you doing as a SS-Grade artifact?!’

“What the hell was the damn Crow doing?! How the hell can you call yourself an Evil Divine-Grade artifact?!”

He wondered how such a terrible thing could have happened, but the reasoning was simple.

“You'll see the answer if you look here.”

Ju-Heon's jaw dropped while looking at the screen Chloe was pointing at.

It was a screen showing the entire world, similar to a CCTV. There were none of the cockroach-like rings visible anymore.

[U, ugh… the Monarch of Destitution, this is unfair!]

It seemed as if there had been some special guests.

Seol-A and Irene were responsible for this.

Daji, other goddess artifacts, and pretty much artifacts from all over the world were groaning in pain after being destroyed.

The number of damaged and injured artifacts were extremely high. Jaeha was crying as well.

The Crow and Mammon must have had their guards down as well as they were groaning in pain too.

Well, Irene and Seol-A had taken care of about 90 percent of these annoying copies of the rings, but…

“I didn’t think we'd have to land the final blow…!”

To explain, this was what had happened.

They used their overwhelming damage to land quite the amount of damage to these copies.

Unfortunately, Seol-A and Irene didn't get the credit for destroying them if they didn't land the final blow.

‘It looks like Byeon Kang-Soe just landed final blows to get first place.’

The difference between first and second place was extremely close.

No matter what, Byeon Kang-Soe was extremely happy for coming in first place.

Sire, I can now always be with you…!

Unfortunately, it seems to be protected(?) by Chaos as Byeon Kang-Soe crawled back out and chased after Ju-Heon.

Sire! Why are you rejecting me?! I just wish to be by your side at all times to protect you! Sire!

The persistent Byeon Kang-Soe was smacked by something.

The rope had launched a kick(?) at Byeon Kang-Soe!

You're not first place! No!

The rope was huffing. The rope then lifted Byeon Kang-Soe up and shook it up and down.

It looked as if it was taking out its anger, however…

A ring fell out of Byeon Kang-Soe's body.

The entire team was shocked.

It must have hidden itself on Byeon Kang-Soe’s body, but a copy of the ring had fallen to the ground.

The ring that had been desperately hiding for its life groaned and started running.

No! We are living creatures too! We have feelings!

The ring ran for its life while the rope flashed its eyes and chased after it.

Chase it! That one ring will change first place!

The Crow, Mammon, and the goddess artifacts all looked crazy as they chased after the one remaining ring.

After that chaos passed by…

“You idiots. Why did you two step in?”

They sulked even more after being scolded by Ju-Heon.

“We’re sorry that we got in your way, Captain-nim…”

"We should be happy that you are getting married, Mr. Ju-Heon…”

“No, that’s not what I'm talking about.”

Ju-Heon took the ring artifact out of his pocket.

“I'm asking why the owner of the ring was doing that. This was my problem to take care of.”

“I was planning on proposing properly, but I guess I have no choice.”

“I'm sorry I stressed you out like this. I should have told you earlier.”

He then put the ring on Irene’s left ring finger.

Irene was shocked for a bit before her face turned red and looked as if she was about to both cry and laugh a few seconds later.

Seol-A, who had seen the entire proposal, was about to get away.

“I never said that there was only one ring.”

Ju-Heon selfishly said the following to both Seol-A and Irene.

“Will both of you marry me?”