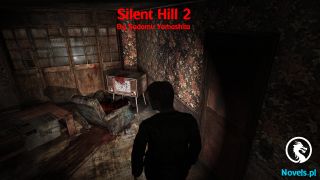 Zhang Fugui’s corpse hit the ground with blood leaking from every hole, his eyes wide open and oblivious.

The other disciples stepped back, shivering in fear.

Kui Lang bowed at Executive Sun again, “Executive sir, I have dealt with the perpetrator. What are sir’s commands?”

Executive Sun was an old weasel as well, knowing when not to question and just warned, “Kui Lang, Yue Ling, I don’t care about what personal game you’re playing, but stay out of the sect’s affairs, or else…”

“Also…” Executive Sun continued, “In my decade alongside Sect Leader, I hardly ever saw him raging like this. But even rarer was a rage that he bottled up. That Zhuo Fan may be a laborer, but you better watch it next time.”

[Who the hell is he for not even Sect Leader would touch him? This is a small matter but from the Sect Leader’s attitude…]

The two felt even worse.

Executive Sun flicked his sleeve, “Since the culprit is punished, I’ll be reporting my progress. You better behave!”

Executive Sun took to the skies.

They only straightened when the man was gone from their sights. Their eyes filled with shock.

The two dealt with the corpse and the other disciples disbanded, waiting around the Labor Office for Zhuo Fan to arrive.

They waited and waited, well into the evening. That was when Zhuo Fan strutted over with the broom on his shoulder.

Yue Ling gnashed her teeth, enraged, “Zhuo Fan, now you show up? Where have you been? Don’t you know you must return after your task?”

“Nope, no one told me.” Zhuo Fan said simply.

Yue Ling felt awkward, her and Kui Lang lost for words. They had put him on Sect Leader’s home with the obvious intention to not see him again. Wasting words on a dead guy wasn’t anyone’s hobby.

Yet this schmuck didn’t just return, but even talked back. [He’s got such backing that not even the Sect Leader wants to mess with him.]

The two watched Zhuo Fan with fear and suspicion.

They were dying to put him in his place but the fear of his backers overwrote that desire. So the two were at an impasse, staring at the stuck up Zhuo Fan showing off his swag.

Bottling the rage, Kui Lang said, “Since it’s your first strike and did not know, I’ll overlook it. But next time you will be punished!”

Zhuo Fan grinned. [They must’ve got the news already to crush their own pride.]

But Zhuo Fan cared not one bit, “Sure, I’ll be waiting then.”

He passed the two with a roll of his eyes, not even looking at them.

“Hey, is this how you act? You’re under us, a laborer, yet you’re ordering us?” Kui Lang was this close to exploding.

Yue Ling glared at his back, but reigned all the hatred in, “Kui Lang, he has a special background. Before we are clear what that is exactly, we best not tackle him. We will figure it all out once we look into him.”

While the next tasks were handed out, only Zhuo Fan was left idle since no one pushed any work on him when it came to elders.

[This young master must have one hell of a background to act all cocky.] What was worse, anything the two tried would backfire.

The earlier case showed it. They got him to sweep Sect Leader’s home yet he played around until Sect Leader vented on the Labor Office.

If they were any more late in reacting, they’d have ended up as patsies.

Yue Ling lost all intent to mess with Zhuo Fan, even hoping for the latter to not come looking for trouble. It went so far that every time tasks were handed out, they singled Zhuo Fan out in cleaning the most desolate places.

Like the ancestral cemetery, the plaza at the entrance manned by two pupils welcoming guests; stuff like that.

Those were the only places he couldn’t cause trouble at, or any mess he made could be covered.

As for getting some credit to participate in the Double Dragon thingie, thanks but no thanks.

He had all the peace and quiet needed to cultivate here, in the Labor Office. Strutting like a man with a supposedly high background, others gave him a wide berth, only the old man with a broad mentality dropped by to debate on the Dao. All in all, life was good, lavishing in the tranquility he had yearned for so long.

As for the Labor Office being dirt poor in regards to resources, [Humph, make way, moneybags coming through!]

Zhuo Fan couldn’t be happier these few months, just around the time the Demon Scheming Sect’s inner sect promotion began. Not that he ever gave a damn…

“Ahe-hem, it falls to us, Labor Office, to build the outer disciple promotion stage. Work hard people, if three days later something is out of place and the competition can’t be held, it’s your ass on the line!”

Kui Lang, Yue Ling and Elder Yuan spoke to the laborers. Kui Lang was using his big voice to intimidate them.

What he got instead was mockery, “They are just fighting, what’s the point of making a show out of it? Are outer disciples so useless that they can’t fight without a stage? Our Asura Circle is far more fitting.”

The others covered their mouths.

Everyone knew who it was without even looking. The only one to contradict their two bosses in the Labor Office like a true wastrel, was Zhuo Fan with his special background.

So special that even these two prodigal children filled with hot air could only gnash their teeth.

This had been going on over the past few months, quipping at them whenever the chance presented itself.

“Zhuo Fan, stop complaining. Do you want to live or not?” Kui Lang fumed.

Kui Lang looked like he was about to cry. He was the boss in the Labor Office, but ever since this prick showed up, his name had plunged and plunged at the hands of this obnoxious tyrant.

He was a damn spoiled brat!

She never nitpicked with the kid but the brat had other plans, bothering the hell out of them every time and pissing them off.

[Just why do all elders’ and Venerables’ prodigal sons end up in the Labor Office? At least take some of them to the outer sect!]

But they all knew this prodigal son would one day get bumped up at some point and leave. [But when, in a few years?]

Squinting, they glared at the unphased Zhuo Fan, then sighed at their misfortune.

Elder Yuan laughed it up.

The two sudden voices caught everyone by surprise. They watched two young people rushing over.

One was a lovely girl Zhuo Fan knew, Yue’er, and the other was a youth in his twenties wearing fancy clothes and bearing a striking resemblance with Kui Lang. His son probably.

Yue’er and Kui Lang smiled on seeing each other, but Zhuo Fan eyed the limp hand of Yue’er with a sharp look.