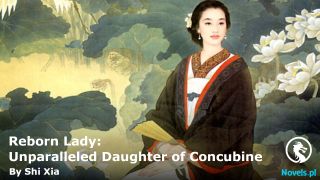 [Crap, I underestimated this kid!]

Venerable Shi’s eyes widened, his face growing darker as his heart beat like crazy in his chest. The stone-cold look he got was enough to make him break out in sweat.

The original plan was to use Xie Wuyue in getting rid of Zhuo Fan in the most open fashion and curb the Labor Office’s growth. How was he to know Zhuo Fan was so resolute and cruel in rebelling?

What made it worse was he got so many elders on his side as well. In that very moment, it dawned on him that Xie Wuyue’s name as Sect Leader rang hollow.

As he stood there next to this mighty Sect Leader it didn’t seem to offer as much support as he thought. On the contrary, the danger only increased, becoming just another target for the enemy to erase. It was anything but what he planned, losing instead of gaining anything.

Venerable Shi gnashed his teeth, his heart filled with hatred.

[Why on earth didn’t I act sooner? Letting him use the token instead to take the elders away for his own selfish reason.]

This way, at least there would not be any serious consequences. Going against the Labor Office’s elders’ theatrics wouldn’t affect him much, but at the very least it would not give the enemy the initiative.

Now though, the kid and the oldies were in tandem.

[They’re strong and I’m weak. Getting rid of him is impossible. While my side is in serious danger of being terminated.]

The thought alone made Venerable Shi sweat buckets and filled him with denial to go down like this. Before his plan even got to be used, it was already scrapped. He’d been patiently waiting all this time, only to find out his efforts helped the enemy instead.

However, just then, as the two sides stared each other down and were on the brink of war, someone shouted, “Wait!”

They all turned to see Fiend Yang wobble as he rushed over between them with a bright smile at Xie Wuyue.

“Fiend Yang, what are you doing? Even you want to defy my order?”

Because his authority had been undermined and he was now too enraged, all Xie Wuyue wanted right now was to get rid of Zhuo Fan. This had made him blind to the situation as he shouted.

Fiend Yang sighed on the inside, giving Xie Wuyue a helpless look, but forced a smile, “Wuyue, this is your fault. Zhuo Fan had taken us but did not do anything to shame the sect. He had instead increased it through his commendable results. As a Sect Leader, you should reward him, not punish him.”

“Commendable? For what exactly?” Xie Wuyue was confused.

Fiend Yang snickered as he stuck out his chin, laughing, “What, you ask? Ha-ha-ha, brothers, please report to Sect Leader our great success. Let him bask in the glory!”

Everyone just watched this smug Fiend Yang without uttering a word.

All here, besides Xie Wuyue who was too pissed off to read more into it, noticed something in his tone and words. He said it to smooth things over and get over this problem without bloodshed.

Fiend Yang had others give Sect Leader a report to show respect to Xie Wuyue and his status.

[I’m not here for your chair and you won’t kill me. Everyone’s happy!]

Alas, their stance as rebels was already established. Could mere words write it off? Even if that happened, no matter how unlikely, it all came down to the boss.

So, everyone turned their eyes on Zhuo Fan, awaiting his signal. But seeing how he was the center of it all, Xie Wuyue’s rage only increased, wanting nothing more than to break him to pieces.

[Now you ask Zhuo Fan’s permission to report to me? What does that make me?]

Maybe anger was consuming him, making the shrewd Xie Wuyue unable to think about anything else. These elders had long since stopped caring about him. He was no longer their Sect Leader.

Everything that they had and were in this moment was because of Zhuo Fan.

Grumbling inside, he saw Fiend Yang’s pleading look and Zhuo Fan sighed, deciding to give Xie Wuyue one last chance.

He only ever wanted to leave with Chu Qingcheng. If not for his life being threatened, he would not even think about taking on the burdens of a sect leader. It would be great if words could smooth things over.

Hearing Zhuo Fan, Fiend Yang was ecstatic. Venerable Bai looked long at Zhuo Fan then nodded, speaking to Xie Wuyue in a cold tone, “Steward Zhuo had taken us to sweep clean Mystical Heaven Sect. We achieved a sound victory and glory, one unheard of since the founding of the sect. Of unprecedented and…”

“What?! You actually took the sect’s experts to wage war on another sect without permission?” Xie Wuyue cut Venerable Bai off, roaring, “Who the hell do you think you are to make such a judgment without any right? Men, take this traitor away. For his heinous crimes, he’s to be executed! “

Fiend Yang started and rushed to take something out, several high grade spiritual gear, “Wuyue, listen to me, these are just a few of the spoils we got. We robbed the Mystical Heaven Sect’s treasury clean. Defeated them…”

Xie Wuyue was too far gone in his anger. His eyes were red, looking at Zhuo Fan with vitriol, “For overstepping his place and undermining my authority, Zhuo Fan’s crimes are inexcusable. He will be executed and any that tries to plead for him will join him in death!”

Xie Wuyue’s roar was heard by all. Fiend Yang gave him a long look but sighed.

[Xie Wuyue, can’t you see that all that Fiend Yang did was for you and not Zhuo Fan?]

[Zhuo Fan now has real power behind him. Why can’t you see that? Sigh, greed has got to him and made him lose sight of reality.]

[Now that Xie Wuyue has given into anger and lost his senses, he’s unable to see that the sect is no longer his.]

With his old power as Sect Leader, he could put down any elder whenever he wanted. But now, he no longer had the people’s support to do that.

[Taking his side now is plain suicide.]

Venerable Shi stepped back as he thought.

Glancing at the incensed Xie Wuyue, Zhuo Fan turned his eyes to the side, “Venerable Bai, are you sure you didn’t say it like that to drive him even more mad? You didn’t even address him as Sect Leader.”

“Ha-ha-ha, Steward Zhuo saw through me. But once this starts, it has to be followed through to the end. There are no half-measures here. For when you, sir, and lady Chu leave, old guys like us will be left behind to suffer Xie Wuyue’s wrath.”

Venerable Bai bowed to Zhuo Fan, “We all see Steward Zhuo to be far more suited as Sect Leader than Xie Wuyue. Your merits pave your glorious future. Please, Steward Zhuo, do not decline.”

Zhuo Fan gave him a hard look and nodded, “Then attack.”

Venerable Bai’s eyes glinted in joy as he shouted. The other elders and venerables were filled with fighting spirit as they shot for Xie Wuyue.

Xie Wuyue was rooted to the spot in shock.

[Come again? Why are they attacking me? Are they rebelling?]

Only now did he begin to notice that his enemy was not Zhuo Fan alone, but all these elders who had a change of heart.

“Venerable Shi, what do we do?” Seeing the enemy coming with savagery, one inner elder deferred to Venerable Shi.

Venerable Shi was resolute, “When trouble is too much, escape!”

He was the first to bolt, with the other inner experts not far behind, ignoring the chaos about to erupt and getting some distance from it all.

Only the lone and has-been Sect Leader remained, who would soon be taken in by the Labor Office’s experts having defected from his cause.

Fiend Yang slumped to the ground.

[Wuyue, your brother has even given you the chance to resolve this, but you’re too stubborn. Now that there are no holds barred, I can’t save you. You’re on your own.]

Just as they were about to clash, a blue light covered everyone. They all started shouting, “This is Vicissitude Domain. Impermanence Five!”

An aged voice echoed out, “Stop this instant!”

Shaking, they turned around to see a weary figure making his way towards them with a hard look.

Venerable Shi frowned. “Who is he? I’ve never seen him before.”

“Venerable Shi, he is the Labor Office’s executive. He’s always been behind Zhuo Fan, using his fame to lord over others.” One inner disciple reported.

The inner elder then flashed in Elder Yuan’s face, “You old laborer, since when you could just interfere in sect matters? Get lost!”

“Ha-ha-ha, I don’t want to interfere, but one should look after himself. Maybe in a few days, using revenge for the Sect Leader and rebuilding the sect, you’d bring outsiders in, dooming it instead. I’d like to live here for many more years. So I have to interfere!” Elder Yuan spoke in a condescending tone.

The elder’s face flushed red after Elder Yuan exposed their plan. He roared in anger, “This is between the experts of the sect, not some wretched old coot!”

He then raised his palm for an attack.

It was backed by the power of a 3rd layer Ethereal Stage cultivation. Elder Yuan would be reduced to mush as a Bone Tempering cultivator.

That was if he was so weak…