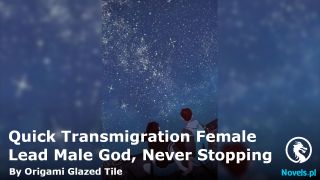 Chapter 1275 Conversations About The Future

Hearing Minos ask about the Saints Killing Sect, Oswald left the other subject for later and said. “What do you want to know? We are at war with them, but this is unlike the chaotic war you provoked in the northern region. We have a place where the fighting happens.”

“Huh?” Minos looked in surprise at his grandfather. “And why don’t you just attack each other’s headquarters or territory?”

“The Emperor wouldn’t allow something like that,” Maisie said.

“Not to mention that the power difference between our sects is not great. So, a conflict like the one you suggest would be catastrophic.” Vince stated as he stood next to where his wife was sitting.

“Their territory is also quite complex. That area is in a region of floating islands, which are very difficult for outsiders to access.” Oswald commented on this important factor.

Even though they could fly, Spiritual Saints and Spiritual Emperors could have vulnerabilities when trying to invade certain areas. After all, there were ways to secure the airspace of a location, with traps and people in advantageous positions to attack unwanted visitors.

So it was challenging to invade a flying island, especially when the opposing side was of the same level as the invader!

“So that’s how it is…” Minos placed one of his hands on his chin, understanding that it should be difficult to attack such a place.

He even had a map of that area because he had killed several members of such a sect. But this would be of little help considering how easy it was to protect territory located on flying islands.

So even if he had a way to get to that place, he probably would not be able to overcome the enemy defenses.

“Well, since you can’t destroy them, it’s useless for me to offer my help…” Minos said after thinking for a while and sitting back down. “I was thinking of taking revenge on this organization with your help, but you clearly won’t be able to do that.”

“Your help?” Patience smiled at King Stuart, finding it amusing that her grandson wanted to help them. “How would you do that, little Minos?”

Many influential people in the Flaming Empire knew about the rumors that Minos was to become the King of Vogel. But few knew that he was the masked young man who threatened the experts of that state and also created the Volcanic Region between Rosser and the Empire.

Hence, the people in the living room of Ruth’s parents’ house did not know that Minos had a mass destruction weapon capable of annihilating such opponents!

“I have my ways. I could talk to you if you were willing to annihilate your enemies. But since you are not free to do that, let’s forget about it…” He smiled, again showing them why he did not like the idea of becoming the young master of the Gray Clouds Sect.

“If you can help us on the battlefield, why don’t you do it right away?” Maisie asked.

“If I do that, I will lose my advantage to attack them in the future…” Minos promptly answered.

Oswald did not ask anything about it since he did not expect his grandson to have something so decisive to help in such a confrontation. Then, he just turned to get out of there.

“Think about for the next few days what I have said. Then, I will introduce you to the sect elders on one occasion after that.” Then, he left while Vince accompanied him to the exit of that residence.

Meanwhile, the women stayed behind to talk with Minos and his wives, this time not about grave matters but their lives. In particular, Maisie, Angelica, and Patience wanted to know about Gloria’s pregnancy.

On the other hand, besides talking about their life on the Black Plain and their plans for their own family’s future, those women asked about their goals in this sect.

Abby then answered the question of one of those relatives of Minos. “We need to order original Black-grade techniques for spiritual professions and also Silver-grade copies.”

Ruth nodded and said. “We have already bought techniques for most spiritual professions, but we still miss those for blacksmiths, array masters…”

They continued talking about this subject for a while until dinner at Vince and Elise’s house was served.

While their group ate, Oswald was already with some of the leaders of the families of his sect in a courtyard of the central building of this headquarters.

In this place where the strongest of this organization worked, where the most valuable resources were, these high-level Spiritual Saints had gathered after their leader’s call.

“Sect Master, what happened? Why did you call us here?” One of them asked, already imagining it was related to Minos’ arrival.

They already knew about King Stuart’s flashy arrival, so they had their suspects about Oswald’s call.

Minos’ old grandfather then said. “It’s about my grandson. He has come to the sect, and I hope that before his departure, he will be recognized as my heir.”

“Oh? Is the sect master going to go through with this idea? I think Maisie is quite capable for that position…” The second in command of the Coleman family said this, worried that his family might lose the position of sect leader because of Minos.

The others there were silent as Oswald looked at that level 77 fellow.

“Minos will be able to do more than Maisie. And his talent is greater. He is only slightly over 30 years old and is already at level 62. Plus, he already has the experience of leading a state and winning a war.” Oswald moved his hands, speaking proudly of his grandson’s achievements.

“Who in our sect besides us old fellas has a record similar to his? He even dares to negotiate with the powers of Vogel to become the King of that state!”

The people there were silent for a moment, understanding that, indeed, Minos’ achievements were awe-inspiring and his level was high for his age. But none of this changed the fact that he had not grown up in this organization, and his victories in the northern region might be contestable, considering the low level of that region.

Because of this, several elders had conflicting thoughts about Minos and his background, understanding the positive points Oswald saw but unable to ignore the negatives.

At the same time, past results were no guarantee of future ones, so accepting Minos as their leader could be risky!

“Sect master, I believe in your judgment. But young Minos needs to at least pass the tests our most talented disciples passed when trying to compete for this position. That way, no one will contest his nomination.” One of them said, while the others silently agreed by nodding their heads.

“Yes. If he doesn’t do that, I feel that even if we support him, there will be no guarantee that the next generation of elders will be on his side…”

“In particular, those young people who disputed with Maisie. They will feel wronged by the difference in treatment and perhaps create a hard-to-resolve grudge against young Minos…”

Two other individuals showed their points while thinking that Minos would fail to compete for this position, considering his low level.