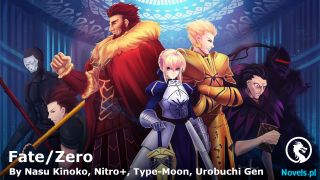 Chapter 1273 What Minos Wants From His Flaming Empire Family

After hearing Angelica’s justification, Minos smiled and released her, turning his attention back to his wives.

Angelica could say whatever she wanted to him. It did not matter now. Minos had only provoked her because of his earlier irritation, but he did not feel it was worth discussing.

Where would they get by doing that? She had her reason, which was reasonable. Minos knew that. But he had his side too. Besides, he was already an adult and had his life on track, with goals to pursue, a daughter on the way, and essential things to take care of.

Hence, he did not care or want to find a way to solve his problems with these people so that he could live with his maternal family as if he had a need.

He was not a child to care about such nonsense at this point!

He had no issue establishing a friendly connection with the Coleman family as long as those people did not mistake him for one of them due to his bloodline.

Just as he could create a positive relationship with a stranger, he was fully capable of doing this with these relatives.

The key to everything lay in these people understanding that he would not treat them as relatives just because of their genetic heritage. Their history was not good. He had problems with how his mother and family had handled his situation. Plus, he did not like having to deal with people who pretended as if nothing had happened.

If he had to deal with that, he would continually have problems with those people. But suppose they acted like people who could accept the weight of their decisions without pretending the problems did not exist. In that case, he could act like a mature person and dialogue with them.

He would not treat them like family members but would not provoke them as he did with Angelica.

Thus Minos left his aunt looking at the floor and sat down between his wives on the large sofa in that living room.

As silence filled that place, Ruth’s parents and sister looked at the floor, pretending they had not seen this delicate situation.

‘What a strange situation…’ Talia made a bitter expression, slowly turning her face towards Minos.

As she did so, she saw Ruth and Abby looking at Angelica with complicated expressions. Yet, at the same time, Gloria seemed to be the least affected.

Angelica then felt as if immense weights had sprung up on her shoulders, noticing that Minos had ignored her justification without saying anything.

That only made it worse for her!

She would prefer he had acted childishly and engaged in an argument with her. That would at least indicate that he cared about his family. But in this situation where he just ignored her, all she felt was that it made no difference to Minos to talk about it anymore since he did not care.

And while a heated discussion could be complicated, it also opened up spaces for reconciliation. After all, people who did that usually only engaged in such a thing because they cared too much.

But one person not refuting an answer and not showing commitment to making their point was an absolute indication of disinterest!

And well, it could be impossible to change the mind of someone disinterested!

So Angelica felt doubly bad at the moment, with a mixture of guilt and regret in her heart, since she cared about Minos.

But while she was thinking about this and the people there were silent, someone knocked on the door of Ruth’s parents’ house.

Hearing that, Vince wasted no time and went to see who it was, thanking the heavens for sending someone to put an end to this suffering.

He then opened the door and took a calmer breath before seeing three people standing there.

“Vince, is my grandson here?” Oswald walked in after the door in front of him opened, not giving Ruth’s father time to say anything.

Vince smiled at the sight of the sect master, looking at Maisie and Patience, who entered shortly afterward when they saw his hand gesture. “He is, patriarch. Please make yourselves at home.”

With that, Angelica finally calmed down and looked back to see her family arriving in that living room where Minos and his wives were settled together with Talia and Elise.

Milo was also there, this time hunting the fingers of one of Minos’ hands, wriggling on top of his right knee.

Oswald saw Minos between Gloria and Abby, with Ruth next to this blue-haired woman, and smiled. “Hahaha, you’ve improved a lot since the last time I saw you, kid!”

Minos looked at that white-haired figure and nodded.

Patience looked at him with affection in her eyes, thinking that Minos looked a lot like Oswald when this fellow was younger. “You look very well for someone who has suffered so much, my boy…” She moved closer to him, not giving her grandson a chance to refuse her embrace.

“Hmm, dear, those barbarians of the Coleman family mistreated you…” She swayed Minos as she hugged him, kissing his right cheek and giving this young man no chance to escape her.

As she did this and Oswald tapped one of Minos’ shoulders, pleased with this young man’s cultivation level, Maisie sat down next to her disciple.

“Ruth, you have improved a lot…” She started talking to the black-haired young woman and the other two wives of Minos without trying to invade her son’s space.

Oswald then said, while his wife still had her face close to King Stuart’s, sniffing this young man. “Minos, Maisie must have already told you, right? I am your grandfather, and this is your grandmother, Patience. We are the leaders of the Gray Clouds Sect and the Coleman family…”

“That makes you the heir to this family and sect!”

Minos closed his eyes upon hearing such a thing while making a displeased expression, but without moving since Patience was holding his head while caressing his hair.

But he did not remain silent. “I am the King of the Black Plain. I have no interest in becoming a subordinate of the Emperor, much less coming to live in this place.”

But Oswald did not mind that. “It doesn’t matter. When you become a Spiritual Saint, traveling between the northern region and here will be like a walk. As for something else, don’t be silly. What’s wrong with being a subordinate of the Emperor? That doesn’t mean you’ll be stuck in this place for your whole life!”

“I just want you to lead the sect, but when you find a worthy substitute, you can leave your position, just as I intend to do.” He continued smiling, not considering that his grandson might refuse him. “So? Will you accept? You will have many more advantages here than becoming the King of Vogel!”

Minos finally had his body released by Patience and looked at the old figure standing beside him and this woman.