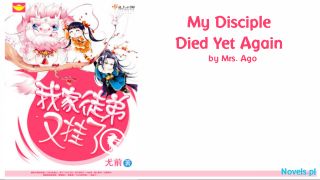 Since they couldn’t kill Li Weiyun, they had to make her suffer a great loss, one which would be worthy of her “intention!”

Over the next few days, Qiao Yanjue regularly called Li Weiyun to check on her.

Of course, there was nothing more in-depth, and he avoided seeing her often so as not to reveal himself.

Although it was necessary to act in love, there was no need for it to be so deep and real.

It was just as well that Qiao Yanjue was really busy these days with the land king project in D City.

Li Weiyun did not suspect anything. After all, the Love Spell was so magical, so who would really know about it?!

Therefore, Li Weiyun could not even imagine that the Love Spell was now controlled by Xia Xibei.

Although the compulsion could not yet be removed immediately, it did not affect their actions.

Moreover, Li Weiyun did not know that the Love Spell was actually a two-way weapon.

Why was this kind of parasitic insect scarce? There was a natural reason for this!

One’s physical and mental health would definitely be affected by the use of compulsion insects.

Qiao Yanjue could be influenced by the male insect, and thus change his attitude towards Li Weiyun.

In turn, Li Weiyun could be controlled by the female insect, and her feelings for him would grow deeper and deeper.

The word “spell” explained the crux of the matter.

The Love Spell entangled both people.

If there was nothing unexpected, Li Weiyun and Qiao Yanjue would both be influenced by the compulsion and slowly lose their sense of reason in love.

In other words, they would always be “in love,” and no matter what others did, their relationship would not be affected.

However, Li Weiyun clearly knew the origin of their relationship, while Qiao Yanjue was blinded.

At a later stage, in the eyes of others, they would become fools whose minds became confused after meeting each other.

Once their emotions were affected, they would also be affected by other things.

That is, as the saying goes, they would have a much lower IQ.

Now that the male insect in Qiao Yanjue was under control, his IQ would naturally not be affected too much.

However, Li Weiyun was affected much more.

This was why she tipped off Qiao Yanjue.

Under the influence of the compulsion, she was only thinking of Qiao Yanjue and would do anything for him.

Of course, in the eyes of others, she became a brain-dead money-loser.

Qiao Yanjue was angry, so naturally he would not refuse Li Weiyun’s “dedication.”

In fact, even without Li Weiyun’s help, he could have succeeded in winning the Land King project, but it would have taken more effort and money.

However, since Li Weiyun herself took the initiative to come to his door and help him, why should he refuse?

Since she dared to do this kind of thing to herself, she had to bear the consequences!

After successfully taking the project, when he received a call from Li Weiyun, Qiao Yanjue’s voice became cold.

“Sorry, we have nothing to do with each other. Please don’t disturb my life.”

After saying that, he hung up the phone.

On the other end of the phone, Li Weiyun had already broken down If the male insect was killed, the female insect naturally could not live.

Xia Xibei found the Thousand Layer Grass, which killed the male insect, so the female insect in Li Weiyun died a horrible death.

As the insect’s host, Li Weiyun was also affected.

She seemed to have declined terribly, in both her mind and body.

Of course, Qiao Yanjue didn’t care about Li Weiyun’s pain. It wasn’t as if she was dead.

He still had more to do.

First, he had to find out who was helping Li Weiyun!