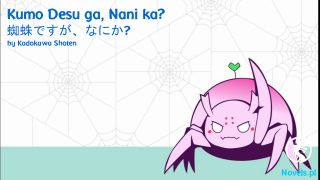 Xia Xibei didn’t know about the feud between Ling Juan and Qi Xin. She just had to take care of Xia Qinghan- Oh no, Bai Qinghan and Bai Meixue.

Qiao Yanjue had people keep an eye on the two, and although they could not find news of their contact with Ling Juan, after such a long time, they learned a few things.

When Bai Qinghan arrived here, she enrolled in a high school.

She looked pretty, even if her nationality was different, but Asian girls were very popular in these countries.

After all, in the minds of many foreigners, Asian women were gentle, virtuous, and cute looking, so they were good as girlfriends.

Moreover, Bai Qinghan was also good-looking and showed good character, so she attracted a lot of suitors.

She chose two guys, probably to have people to fall back on.

One was a boy in the same school, a sophomore. One was a man in his twenties off-campus.

Tthe two boys were in different places, and because she had good tact, she went back and forth between the two without any problems.

However, if these two men knew that she was in two different boats, it would be a tragedy.

Xia Xibei had someone check again, and then found something even better.

Bai Qinghan’s boyfriend from the same school actually had another girlfriend!

This was really wonderful.

When Xia Xibei got the information, she couldn’t help but sigh in admiration.

This plot was simply too much! It was a love quadrangle!

However, this was even easier to handle.

Soon after this information was sent out, Bai Qinghan fought with the girl.

When the girl found out that Bai Qinghan and her boyfriend were together, she was furious.

They could fall in love early, take their feelings very seriously, and break up if they didn’t fit. However, falling in love was a matter of two people. Who wanted a third party to interfere?

So the girl, after finding out about her boyfriend’s relationship with Bai Qinghan, beat the guy up.

Oh yes, this girl knew boxing. She was very tough.

After beating the guy, the girl went back to Bai Qinghan to settle the score.

So, Bai Qinghan was beaten up.

Then, the girl dug up those things that Xia Qinghan did.

For example, the many boys Bai Qinghan had emotional entanglements with.

There were only two men with whom Bai Qinghan had a definite romantic relationship, but she was also hanging onto other men at the same time.

When Bai Qinghan was in Hua, she was sought after by many stars and had so many fans.

However, when she arrived in M, all her previous glory disappeared, and the difference must have been hard for her.

She couldn’t be a star here, so she could only look for her sense of presence from other men.

Having so many men chasing after her would make her feel that she was still the same person she was back then.

How wonderful to hang onto so many men and enjoy their passion for her!

However, it was only okay if this kind of thing was not found out. Once discovered, it was really a disaster.

The guy who originally had his feet in two boats suddenly found out that one of his girlfriends had the same thing!

This was simply too much!

At the same time, her boyfriend outside the school also received the news and came to the door. So, here came judgment day.

It was a very exciting scene.

Moreover, the incident was so bad that the whole school knew about it and made a big mess.