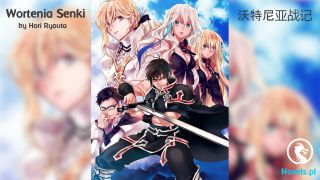 When Cheng Yingni looked down, a fragrance came to her nose, and the smile on her face froze.

In the basket was a rather large fish, and it was already grilled.

The fish was grilled to a golden brown and drizzled with green onions, and it smelled so appetizing.

“Hm…” Cheng Yingni was immediately stunned. “Where did this come from?”

Shi Shuhang came to the door, “We caught it in the river! Sister Bei grilled it!”

If it wasn’t for Xia Xibei, they wouldn’t have such delicious grilled fish now.

Oh, there were also grilled crabs.

Who knew that crabs would be so delicious when grilled?!

As Shi Shuhang was thinking about it, he felt his already full stomach getting hungry again and he felt like he could eat another fish!

“You guys caught that in the river?!”

The two people behind them also came over, smelling the fragrant food, and were stunned.

“You caught the fish in the river?”

How could they catch fish in the river?

They weren’t lying to them, were they?

Maybe they got the fish from the villagers and came to show off in front of them!

However, this idea did not stand up to scrutiny.

The villagers would not give them such a big fish!

Moreover, the program team also said there could be absolutely no gratuitous ingredients from the villagers.

Even a piece of green onion had to be paid with labor!

How many things must be done to get such a big fish?!

“Where did you bake the fish?”

They clearly didn’t see any cooking smoke rising from that house of theirs just now.

“We caught the fish and crabs in the river, and roasted them by the river too.”

Shi Shuhang was very proud of himself and smugly stuck out his belly.

They had already polished off a few roasted fish.

Everyone was amazed by her once again.

Everyone was also amazed by this little village.

Was there food everywhere along these small rivers?

What did they use their fields for?

Still Xia Xibei was even more impressive, since she knew where to find sweet potatoes!

Many people didn’t even know what sweet potato leaves looked like!

After eating the baked fish and sweet potatoes, they were all stuffed.

Even the cameramen who followed them ate a lot, and everyone had trouble walking.

The cameramen were also full of emotions.

They filmed so many episodes of the show and ate a lot of meals cooked by the guests, but none of it could compare to Xia Xibei’s cooking!

They now knew that Xia Xibei was a god of cooking!

The most impressive thing was her ability to find ingredients.

If others were to face her situation, they would have a headache.

Never mind catching fish, just making a basket was enough to stump them, and everyone could only watch as she grilled the fish.

After the fish began to roast, everyone realized that she had not only brought a lighter, but also some salt!

With heat and salt, plus a little ginger and onion, the fish were super delicious!

After everyone was full, Xia Xibei caught two more fish.

By then, everyone was silent.

She caught the fish so fast too, it was as if those fish came to her automatically!

The others went to try, but they couldn’t even touch the fish’s tails.

They thought that she caught the fish for dinner. Instead, Xia Xibei gave them to the other two groups!

This was a refreshing experience for the show!

Of course, it also changed the other guests’ minds.

How could there be extra food here?