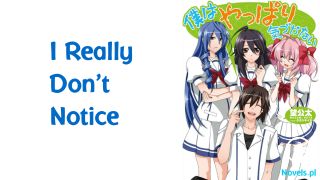 Even with dry firewood and a lighter, it was hard to make a fire in the earthen stove, especially when some of the grass mixed in wasn’t completely dry. It was a disaster!

Moreover, since they had never used an earthen stove, they simply did not know that they should leave a little space in the stove.

So, in a short time, thick smoke came out, choking everyone.

By the time they came out of the kitchen, they were covered in ashes and appeared a complete mess.

When they looked at each other, everyone was frustrated.

Their faces were covered in ash from the grass and firewood.

While their side was a mess, the other group was in a similar situation.

Soon after everyone ran outside, another group of members also came out, looking equally miserable.

Everyone looked at each other and smiled bitterly.

“How are you guys doing with the fire?” the other team asked.

“What do you think?” Cheng Yingni laughed bitterly, “I didn’t think it would be so hard either!”

She did not mind showing weakness here. After all, this kind of thing was not something many people could handle.

Nowadays, so many people lived in the city, and they had never been exposed to these things.

“We have to find someone to teach us!”

If this continued, they feared they would burn the house down!

So, they could only look for help from the villagers.

Although the villagers could not offer them any help with food, they could teach them to build a fire.

With help from the villagers, they finally made the fire.

However, after making a fire, that did not mean that things were all good.

If they had a gas stove, they could control the fire and make a delicious meal.

The fire here did not seem to be under their control, flustering them.

They fumbled a lot before they came up with two dishes and one soup.

Moreover, they had wasted a lot of ingredients.

Looking at the charred food, they were all heartbroken.

Here, food was hard to come by!

They had originally thought that they could get two meals out of these ingredients; they did not expect only one.

Moreover, they didn’t want to mess up the rice, so they chose to make porridge.

They could always add more water to the porridge. It would be hard to spoil that way!

By the time they were done cooking and ready to eat, two hours had passed.

Looking at the hard-earned meal, He Liangjiang wiped away a tear, “It’s really not easy!”

“We had such a hard time! What about the other group?” Zhao Xinyi added.

They sounded quite concerned, but if you listened carefully, you could hear their gloating.

They had such a difficult time, so they did not believe that Xia Xibei’s group would have it any easier!

“By the way, they don’t seem to be doing anything over there!”

“It can’t be that they haven’t found anything to eat by now, right?”

Listening to their conversation, Cheng Yingni laughed, “Let’s eat first, or it will get cold later. If they come looking for us, we can help.”

When he tried the food, He Liangjiang’s eyes lit up.

Everyone buried their heads in their bowls and ate.

In fact, the meal wasn’t really that delicious, but they were famished after struggling for so long to get the food out.

When they finished eating, someone was at the door.

Was this a call for help?

When they opened the door, they saw Xia Xibei’s beautiful face.

“Have you guys eaten yet? If you haven’t, we still have-”

“We have eaten.” Xia Xibei interrupted her with a smile and put a basket in front of her. “This is for you guys.”