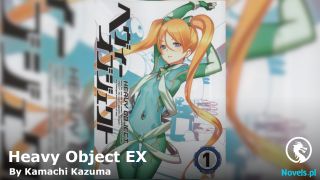 «The Most Generous Master Ever (Web Novel) - Chapter 752 Suddenly Enlightened, I Can Impart Cultivation

On the chaotic wasteland battlefield, blood mist flew and corpses piled up. The large-scale invasion of the demon seed made this world even more desolate. There were mountains of corpses and seas of blood everywhere, and it was extremely terrifying.

“Filthy thing, go to hell!” On the empty battlefield, a girl in a fiery red robe cut off the body of a demon seed with a single strike. She was like a female god of war, filled with killing intent. She instantly intimidated the demon seed creatures dozens of miles away and did not dare to take a step closer.

At this moment, there were thousands of demon seeds that had died in her hands. Her saber was filled with blood, and her eyes were filled with killing intent, cold and heartless. After a year of transformation, she seemed to have grown up a lot. She had truly experienced the baptism of blood and become mature.

“Girl, well done! I’m proud of you.” With praise, Bai Junlin strode into the battlefield. He looked at the scene in front of him with relief and satisfaction.

“Yes, to successfully break through to the King-Ranked realm and become a Martial Monarch in a year, this result is not bad.” Another calm voice came from behind. A white figure slowly walked into the battlefield.

Ye Qiu nodded in satisfaction as he looked at the demon seed corpses on the ground. However, this result was far from what he had expected, so his evaluation wasn’t that high.

“Big Brother, aren’t you too harsh? This is not bad? It’s already very powerful, okay?” Bai Junlin rolled his eyes at Ye Qiu’s evaluation. Even he couldn’t do it with Yaya’s results back then.

However, he didn’t expect that in front of Ye Qiu, it was only considered not bad. Oh my god, what kind of results were considered awesome in his eyes?

Indeed, this result was already heaven-defying to many people. However, with Ye Qiu, it could only be considered not bad. Yaya was very talented and had a firm heart. She had a pure heart and was diligent and eager to learn. As long as she could continue, her achievements would not be inferior to Lin Qingzhu’s.

Among Ye Qiu’s many disciples, she was second only to Little Linglong. However, such results were far from what Ye Qiu had expected.

Therefore, Yaya had to amaze the world in this competition and become famous in one battle to block those people’s mouths. This concerned Violet Cloud Training Hall’s reputation, so Ye Qiu took it very seriously. Moreover, if it was just to protect this reputation, it was enough with Yaya’s current results.

This was because most of the young disciples in the same batch as her were still lingering at the Hidden Life realm. Those with higher talent were at most at the Paragon realm. With Yaya’s current Martial Monarch realm strength, it was enough to crush them, but this was not what Ye Qiu wanted.

What Ye Qiu wanted was for Yaya to challenge those disciples of the forbidden land who had been famous for many years. If she wanted to fight, she would choose the strongest person as her opponent and become a god in one battle.

For many people, two years would pass after a nap. Soon, there would be no improvement at all. But to Ye Qiu, it was completely enough.

Ye Qiu slowly walked in front of Yaya and gently stroked her forehead, wiping away her sweat. “The demon seeds here have almost been cleaned up. It’s getting late. Let’s rest on the spot and continue our journey later.”

Camping in the wild like this has often happened in the past year. The three of them were already used to it.

Bai Junlin rolled his eyes and comforted Yaya. “Girl, don’t take it to heart. Your master is just stubborn. We clearly performed so well, but he pretended not to see it. It’s fine. I saw your performance. You’re already very good.”

“Thank you, Second Uncle.” Yaya accepted Bai Junlin’s praise humbly and was very happy. Then, she silently walked behind Ye Qiu and quietly waited for her master’s conclusion. “Master.”

Yaya was very nervous at this moment. She didn’t know what her master would think of her performance just now. She was like a student who had been asked about her homework and was extremely nervous.

Ye Qiu couldn’t help but laugh in his heart when he saw her reserved appearance. He didn’t expect that he would finally become the person he hated the most. However, this feeling seemed quite good.

“Ahem,” Ye Qiu coughed lightly and said expressionlessly, “Sit.” After Yaya sat down stiffly, Ye Qiu smiled and said, “How do you feel? You’ve fought countless battles along the way. Did you gain anything?”

Yaya thought about it seriously and replied, “Master, after these few battles, I have a feeling that there seems to be some opportunity to break through to the Martial Monarch realm.

“My mental state seems to have become more stable. Moreover, I have already grasped this Dragon Sparrow Treasure Technique to the point of perfection, and my combat experience has also increased greatly.”

Hearing this, Ye Qiu pondered. Currently, Yaya has already cultivated the Red Lotus Karmic Flame and the Dragon Sparrow Treasure Technique to the point of perfection. Moreover, her cultivation had already reached a bottleneck. If she took another step forward, she would reach the Deva realm.

This was a chasm that crossed the immortal and mortal worlds, a true transformation process. Although she had the bloodline of the royal family and a pure bloodline, she was still a mortal without the baptism of immortal energy. Therefore, it was imperative that she break through to the Deva Realm!

However, how should he help her break through? This was a huge problem. It was not impossible to use the longevity medicine to forcefully break through. However, he was afraid that if he used too much medicine, she would feel reliant on it. It would be bad. Moreover, the biggest problem was that Ye Qiu didn’t have any precious medicine that could trap children.

This was very fatal. If he couldn’t trap the children, it wouldn’t be perfect.

“Wait a minute,” Just as he was feeling depressed, Ye Qiu suddenly thought of something. If he remembered correctly, there seemed to be another way to help her increase her strength.

That was imparting cultivation!

Yes… imparting cultivation was the method Ye Qiu used the most back then. It was also the most concise and fastest method. Among them, Lin Qingzhu was the one who was used the most. One had to know that Ye Qiu had spent many years on her.

However, after reaching the upper realm, things like imparting cultivation no longer appeared. This was because the people of the Upper Realm knew very well that cultivation was not easy. Every bit of cultivation was obtained after hundreds or even thousands of years of bitter cultivation.

How could it be passed down to you? Therefore, imparting cultivation was an existence that belonged to the foreign species here. It was absolutely impossible.

But Ye Qiu was different. He didn’t lose anything. Instead, he could obtain some benefits.

“Hehe, how could I have forgotten about this?” Ye Qiu was overjoyed when he suddenly remembered. He had almost forgotten such a big thing. His cultivation imparting cooldown had already recovered a few years ago. However, he had been busy at that time and could not remember this matter.