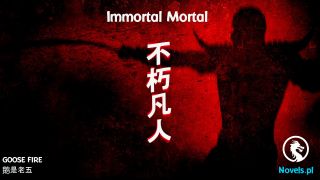 Chapter 751 Watchers From the Frozen Path

Speaking of Meng Tianzheng, Bai Yunfei was full of praise.

“My king, I’m not afraid of Meng Tianzheng, but Tian is probably not easy to deal with.” Red Fiend also said. Actually, they all knew very well that compared to Meng Tianzheng, the true terrifying enemy was Tian!

Back then, he was an existence on par with the Demon Emperor. He even planned a shocking chaos at the end of the Immortal Ancient and shattered the original Immortal Realm. Everyone could not help but feel afraid when they thought of these dark years.

How could Bai Yunfei not understand this principle? Unfortunately, the Demon Emperor was already dead. It would probably be difficult for the demon seed to compete with the strangeness again.

“This is a problem, but it doesn’t matter. Tian has just woken up and is still very weak. When he recovers, I believe the world will be settled and it will be difficult for him to do anything.” At this point, Bai Yunfei was silent for a long time. After a while, he said, “Is there any news from the other Demon Lords?”

“Currently, there’s not much movement in the depths of the Earth Fiend’s Netherworld Abyss, where he is struggling to find a way to live forever and survive the life and death calamity. The Spirit Fiend’s body is in the void and is still sleeping. There’s no news of the other two Demon Lords at the moment, nor do we know where they are.”

Red Fiend analyzed carefully. There were a total of five demon lords in the demon seed. Other than the celestial demon lineage, the other factions did not have much of a plan. After thinking about it seriously, Red Fiend said, “My king, since this human youth can’t be touched, should we continue our plan?”

This was a very important question. It concerned whether their demon seed could return to the Nine Heavens and Ten Lands. It was also related to whether they could find the whereabouts of Princess Tianmeng.

Bai Yunfei pondered for a moment and said, “Continue!”

“But my king, once we enter the Nine Heavens and Ten Lands, we will definitely be stopped by him. At that time, my clan will probably suffer heavy losses.” Red Fiend couldn’t bear it. After all, Ye Qiu’s existence was always the greatest obstacle to them.

Bai Yunfei smiled disdainfully and said, “It’s fine. I’ll treat it as practice for him.”

Red Fiend could not understand what Bai Yunfei meant at all, nor could he guess his thoughts. Using the life of the demon seed to practice on that human youth? What kind of game was this?

Red Fiend was very puzzled. She couldn’t figure out if Ye Qiu was really as important as Bai Yunfei said. How could she know what Bai Yunfei was thinking? He was playing a big game of chess that concerned whether the demon seed could escape fate.

And Ye Qiu was this key.

Bai Yunfei knew very well what the drop of divine blood in Ye Qiu’s body meant. He believed that he was not the only one who understood. Meng Tianzheng, who was far away on the divine mountain, also knew what this drop of blood represented.

Therefore, as long as the watchers on the frozen path didn’t make a move, no one in the world could kill Ye Qiu. Even if he attacked personally, he would not be able to kill him!

Although Bai Yunfei was very arrogant, he still knew his own limits. In terms of strength, Meng Tianzheng was not much weaker than him. Moreover, his true body was the same as Tian, unable to enter the Nine Heavens and Ten Lands.

Therefore, as long as Meng Tianzheng didn’t die, nothing would happen to Ye Qiu. Moreover, he had a feeling that it wouldn’t be long before Meng Tianzheng broke through the shackles of life and reached the Immortal Immortal King realm. Once that time came, the situation would really change.

Be it him or Tian, they probably couldn’t do anything to Ye Qiu, let alone kill him. Moreover, Bai Yunfei didn’t want to be Ye Qiu’s enemy because he had always believed that the Demon Emperor’s prophecy back then couldn’t be wrong.

This human youth is the person who would change the fate of his demon seed.

Red Fiend wanted to say something, but Bai Yunfei waved his hand and interrupted her. “Alright, there’s no need to say anything else. I know what I’m doing. Go down and tell those people below to start pressure. How can he grow up without experiencing blood tempering? This is a test. If he can really pass it safely, it will prove that he is the person I’m waiting for.”

There was a hint of meaning on Bai Yunfei’s pale face as he smiled. At this moment, Ye Qiu had no idea that he had been completely targeted by an ancient demon lord. What he didn’t know was that everything he had just experienced had already attracted the attention of the watchers of the frozen path.

Because of Bai Yunfei, the watcher on the frozen path sensed that something was wrong and was about to monitor him. However, he realized that his vision was blocked by a ball of fog. That ball of fog seemed to have been set up by Meng Tianzheng back then.

The watcher was puzzled. He didn’t know who set up this trap and cleared the obstacles with one hand, wanting to spy on him. But he realized that everything had ended, the capital of Fire Nation had already regained its peace.

However, the watcher on the frozen path was already suspicious. This was a bad sign. He wanted to see who was so bold to stop him.

At this moment, a million miles away.

“Master, why are we leaving in a hurry?” On a wasteland, Ye Qiu, Bai Junlin, Yaya, and Ming Yue stopped. Yaya was very puzzled by Ye Qiu’s sudden action, and Ming Yue was even more puzzled. However, the smart her seemed to have guessed something and did not ask.

After running for tens of thousands of miles, Ye Qiu stopped and panted heavily. “Whew, looks like we successfully dodged their gazes. Let’s rest here.” Muttering, Ye Qiu sighed and sat on the ground dispiritedly.

Why did he run just now? It was very simple. After the Demon Lord left, Ye Qiu wanted to rest on the spot, but Meng Tianzheng suddenly sent him a voice transmission and only gave him one word.

After receiving this news, Ye Qiu couldn’t care less. He turned around and ran. No matter how the Fire Sovereign tried to persuade him to stay, he didn’t listen. After completely escaping the Infinite Fire Domain, Ye Qiu finally heaved a sigh of relief.

“Big Brother, what happened?” Bai Junlin looked puzzled. He stood at the side at a loss. They did not know what had happened.

Ye Qiu shook his head and smiled bitterly. “Forget it. It’s better not to tell you some things. It won’t do you any good. Senior Sister, let’s rest here.” After saying that, Ye Qiu turned around and gestured to Ming Yue. Ming Yue nodded and didn’t say anything.

At this moment, she was still recalling what had just happened. Through her own analysis, she slowly savored it and gradually grasped some shocking secrets. Her heart was incomparably heavy, as if a new world had opened. The fighting spirit in her heart was ignited again. Her desire to become stronger had never been so strong. She looked up at the sky and had already made up her mind. One day, she would conquer that vast and boundless domain.

The matter here came to an end for the time being. The danger of the Fire Nation was temporarily relieved.

After a short rest, Ye Qiu and Ming Yue chatted for a while before she left in a hurry. This was because she still had some important things to do and couldn’t follow Ye Qiu forever. Ye Qiu also had his own mission.

That was to continue bringing Yaya to complete the million-mile trial path.