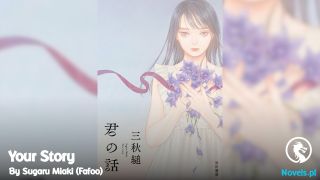 Chapter 2058: The Handsome Face Engraved In Her Heart

She did not hear wrongly. He was indeed beside her!

The real touch made Ye Jian smile. A ball of light gradually spread from the depths of her black eyes, making her cold black eyes as bright as the sun. Even the sharp look on her face softened.

Ye Jian, who was still touching Xia Jinyuan’s face, suppressed the joy in her heart. She maintained her composure on the battlefield and told all her comrades, “It’s Q King. He’s beside me.”

They were on the same island?

“All firepower is on Azure Bird’s side now. Pigeon, Long Eagle, take our engineers and retreat quickly. Leave Azure Bird and the others to me.”

His comrades were still in shock, but Xia Jinyuan’s cold voice reached everyone’s ears through the earpiece. “White Crane, Azalea, don’t move for the time being. Wait for me and Azalea Bird to finish sniping before covering us.”

The captain was here. Even if the two groups had different missions, they could still follow his orders at this moment.

And with him fighting alongside Azure Bird, they did not need to worry as much about her safety.

Ye Jian put on the headset again. Her bright black eyes were filled with a smile as she looked at the handsome face close to her.

Ye Jian couldn’t take her eyes off him.

His face was deeply engraved in her heart. Even if she could only see his outline, she could still clearly see his handsome face and fluttering eyelashes.

No wonder she didn’t feel any danger just now. It turned out the person hiding was Captain Xia.

In that case, he had actually been watching her for a long time and had always known of her existence, but he did not know who she was?

Ye Jian raised her eyebrows slightly and revealed an intriguing smile… He knew about her existence but didn’t know who she was. Oh, she would need to have a talk with Captain Xia after this.

The major didn’t know that his girlfriend wanted to have a chat with him after this. Seeing that she was staring at him, he smiled faintly and said, “Little girl, a gunfight is no time for you to stare and touch me all you want. When we get back to the country, I’ll let you have a good look at me and touch me.”

It sounded indecent, but the gaze in his eyes was the most serious. He was reminding Ye Jian of the current situation.

His soulful gaze was not suitable for this moment.

Ye Jian heard a hint of seriousness in his tone and immediately looked away.

When the smile in her eyes disappeared, she returned to her usual composure.

She turned sideways and pointed at the tree with a bent bark. “How about that for a sniping position?” she asked him.

The location was good. The view from there was wide, and from the front, it was blocked by a rock, making it a blind spot. Below was a slope. The crooked tree growing out of the rock was indeed a good sniping position.

His little fox could always find the best sniping position quickly. She had the instincts of a hunter who could quickly spot his prey.

This instinct was also a talent that allowed her to survive predicaments.

Without the help of night vision equipment, Xia Jinyuan was in charge of shooting. He would shoot wherever Ye Jian went. It was time for them to attack.

A rifle was not a sniper rifle. Ye Jian had only fired a bullet before immediately retreating.

After all, the other party was holding submachine guns and had been shooting at high frequency. If she did not retreat in time, she might really become a live target.