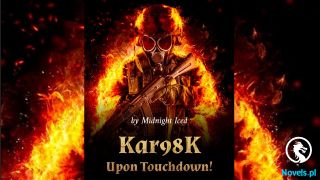 They trusted Azure Bird. They believed that if she said something, it meant that she could definitely do it. This was the trust they shared as comrades. On the battlefield, trust would become tacit. Perfect cooperation would win.

“Go on! Scare them until they don’t have the strength to hold a gun!”

The dark muzzle of the gun radiated coldly from behind the uneven rock. It kept firing so hard that the muzzle spat flames like tongues of flame.

The man who was firing the most viciously was shouting ferociously. He was a typical brute with curly hair, deep-set eyes, and brownish-black skin. He changed magazines so quickly, looking like a mad bison as he yelled arrogantly.

The bullets flew out of the muzzle and caused a thicker smell of smoke to waft around the forest. Although the high-frequency firing drowned out his voice, his pause in reloading alerted Ye Jian of his actions.

Ye Jian, who was familiar with all kinds of guns, had already calculated how long it would take to shoot all 30 bullets. At the same time, she was thinking about how to find the sniper position she liked.

Ye Jian, who was in danger, ended her contact with her comrades and started preparing to find a sniper position.

Just as she looked up slightly, what she had just thought was an auditory hallucination slowly sounded in her ears again.

“Shoot at the sky. I’m afraid he wants to capture you alive. There are two speedboats by the sea. They’re not far from you. You can choose to snatch the boats and leave. As for the others, take your own boats and leave while you still have firepower.”

The familiar low voice came clearly from beside her. This time, she heard it clearly. She was definitely not hallucinating!

She really heard Captain Xia’s voice coming from her side. It was low, steady, and filled with majestic power. She could hear every word clearly.

Ye Jian, whose heart was trembling slightly, looked in the direction of the voice in disbelief. She called out softly, “Captain Xia?”

She was not the only one who heard it. Pigeon, who was protecting the engineers, and the others had heard it too. Their faces showed surprise.

It was possible! At Ye Jian’s call, she immediately received Xia Jinyuan’s answer.

Ye Jian saw a long ‘stone’ move less than a meter away from her. A familiar voice came from the other side with a faint smile. “You sound surprised. I’m also surprised to see my little fox here.”

Major Xia, who had approached silently, was disguising himself as a stone in the darkness. He heard Ye Jian talking to her comrades and waited for her to finish.

He did not make a sudden appearance. With her speed, if he suddenly appeared, she would definitely treat him as a target that needed to be eliminated and shoot him.

She came all the way here and ran into Captain Xia?

Ye Jian wasn’t the only one in disbelief. All the comrades who heard Ye Jian were in disbelief too. White Crane, who was closest to her, hid behind a rock and leaned against the wet rock. He adjusted his breathing and asked Ye Jian, “Azure Bird, who did you call out?”

Looking at the black shadow that had already crawled to her side, Ye Jian, who was still in shock, slowly reached out her hand when she heard her comrade’s voice… She first touched Xia Jinyuan’s head, then slowly touched his handsome face. It was warm and firm. She could even feel his breath on her fingers.