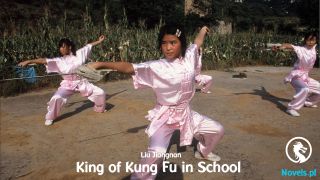 Ves had already checked his Status to see all of the new Skills and Sub-Skills he had gained as of late.

Ingesting the latest enlightenment fruit and spending 30 days on studying biomech-related subjects had given him a lot of new understanding that was recognized by the System.

Ves was proud and happy to see this entry. It represented the initial mastery of a completely new branch of science and technology.

Aside from that, he also gained a new Sub-Skill related to Metaphysics. It not only encompassed the sparse theories he learned from the enlightenment fruit, but also contained all of the additional insights he had deduced based on his existing expertise as a spiritual engineer.

Though Ves was rather upset to see that the System still had a low evaluation of the depth of his understanding of all of these new fields, they were just enough for him to proceed with the next phase of his plan.

"Let's move onto the biomech that I want to design."

He wasn't short of ideas. He spent an entire month inside the System Space at this time. Though he pushed himself to constantly focus on his studies, he couldn't help but let his mind wander at times.

Every interesting subject he learned about prompted him to imagine how it would fit in a biomech.

Sometimes, he imagined a knight biomech.

Other times, he visualized a rifleman biomech.

He even wandered into more advanced types such as tiger biomechs and hybrid biomechs.

Compared to conventional mechs, the biomechs he envisioned were scrappier, more flexible, more autonomous and much easier to maintain.

They also synergized well with his design philosophy. It became a lot easier for his living mechs to experience the same sort of stimuli as their human partners.

Though Ves couldn't wait to explore all of these new ideas, they were far too advanced to be considered a good choice for his initial biomech.

It was far too likely for him to screw up and produce a mech design that failed to live up to its potential.

"I need to stick to a simpler design." Ves reminded himself. "Less variables equates to less stuff that can go wrong."

That meant he needed to set aside his current favorites such as an organic tiger mech or an organic hybrid mech that was embedded with luminar crystals.

His default choice when he wanted to design a simple mech was a defensive mech.

Even if Ves ended up with a sloppy design because of a combination of lack of time and lack of experience, a knight biomech could still be trusted to perform up to standard due to its inherent robustness and lack of complicated movements.

"It's a decent choice all-considered. The only problem is that it will be hard to earn a higher evaluation unless I add a powerful gimmick to the design. That should be easy enough if cost and material availability is not a problem."

One of the quirks about his latest System Mission was that it imposed no obvious restrictions on the cost or the material usage of the design!

If Ves wanted to, he could make use of lots of Unending alloy or Black Demon Steel without any limit because a design was just imaginary in the end!

Unfortunately for him, Ves did not have access to any organic tissue formulas that converted those alloys into powerful organic materials.

The biomech had to be at least 95 percent organic, so Ves couldn't cheat by covering up his work with a strong alloy shell or anything.

"What about phasewater? Since there is no restriction regarding its use, I might as well go wild!"

He wanted to make his mech transphasic by incorporating phasewater into its systems, but he soon hit a wall.

The biggest problem was that he did not have a clue where to begin!

Without access to outside consultants and specialized development companies, there was no viable way for him to incorporate transphasic biocomponents into his designs.

Inventing them himself would take way too much time and he doubted he possessed the expertise to succeed.

He needed to tone down his ambitions and focus on designing a more basic biomech that didn't incorporate any advanced materials.

He couldn't even make use of the powerful exobeast flesh that the Larkinson Clan had studied and made use of. Ves stored many of the files related to the Titan-5 Project in the Unending Regalia's memory banks, but he was not confident in his ability to adapt the Titania's harvested biomatter into a working biomech.

He needed to make many changes and alterations to the astral beast flesh in order to have them function in different capacities. That required a lot more expertise in biotechnology and specialized understanding in astral beast biology for him to produce any usable results.

"No, I can't do anything fancy with the materials. I need to stick to simpler organic tissue that is boring but easy to mold into different forms."

Ves at least had access to a decent selection of older formulas through different sources. They weren't capable of giving a biomech a powerful performance boost, but they were cheap and extensively documented.

Seeing that he was limited by the materials that he could make use of, it appeared that he had little choice but to go for an affordable and cost-effective biomech design.

Would that hurt his chances of earning a higher score?

"Probably, but I don't have much choice. I just hope that the System also takes cost into account when it makes its evaluation."

This should probably be the case or else it would have been too easy to complete Missions like his current one by acting as if he had an unlimited budget.

Designing mechs without any regard for cost was antithetical to good mech design. The goal of a mech designer had always been to achieve the greatest results at the lowest possible cost.]

That put him in a bit of a problem. It was difficult for him to come up with methods to increase the performance of a mech that was based on budget materials.

He needed to get a little creative and reach a little deeper in his bag of ideas than he liked.

He came up with two possible approaches to his Mission.

The simplest solution that would probably guarantee at least a moderately high score was to rip off his existing work.

If he could take the best elements of his existing mech designs and adapt them into a coherent biomech, he could probably get a good evaluation because he was making use of a proven formula!

"For example, I can design a knight biomech that possesses the same glow as the Ferocious Piranha. I can turn it into a fear knight that is extremely difficult to defeat up close because its glow interferes with the performance of enemy mech pilots."

He could also add other existing features to the biomech design such as an organic adaptation of the Battle Skirt System that made the Maiden of Adversity so effective in combat.

"Well, maybe not. Developing an organic version of the Battle Skirt System takes way too much time and effort."

In any case, there was no explicit reason why he should put a lot of effort into designing a new and original mech. As long as his mech performed well enough, it was not a big deal if there was hardly anything original about its concept and configuration.

However, there was a part of Ves that rejected this easy approach.

A true mech designer would not stoop to this level. If Ves wanted to expand his horizons as a mech designer, then he shouldn't rehash his old work whenever he wanted to design a new biomech.

"Organic machines are wonderful and special. They possess their own pros and cons and they are best served if I design them with their unique circumstances in mind."

Ves thought about how he could design a defensive mech that not only made excellent use of its biological functions, but also synergized with its living properties.

His mind eventually drifted to a bold and controversial idea.

It was not a completely new notion as the Titan-5 Project already realized this idea in part.

However, Ves believed that he could make use of it to turn his knight biomech into a much more special machine!

"The premise is simple." He said as he finally raised his arm. "It starts by recognizing that the shape of a biomech isn't static. It can change and morph according to the situation. It is just like smart metal mechs in that sense."

He began to sketch a draft design of a knight biomech. He made sure to differentiate it from a generic biomech by emphasizing the elements that made it unique.

It did not take long for his basic sketch to take shape.

When Ves took a step back from his work, he looked at it with an appreciative gaze.

"Lovely. So lovely. It's so simple, but it is undeniably unique!"

The biomech he sketched initially looked like an organic version of a knight mech.

Just like many other defensive biomechs, the draft design featured an exterior exoskeleton as well as a tower shield made out of rigid but solid organic metal.

Producing these bones took a lot of time, and most biomechs were not capable of regenerating them in the field.

Nonetheless, they offered a lot of upfront protection and were almost on par with conventional alloy armor plating.

Its defensive systems weren't important. What he truly cared about was the additions that he had made to what would otherwise be a straightforward knight biomech!

The most distinctive feature was that the knight mech possessed not just one, but two heads.

The knight mech almost resembled a Siamese twin due to how there were two heads at the top of the torso instead of one! It was an odd and perplexing design choice that didn't seem to make any sense!

However, Ves thought that it made a lot of sense. Even though heads weren't that important to mechs considering that the machines could perform just as well without them, they still possessed a few useful functions.

There was hardly any point to adding a second head to a typical mech because that would only add a redundant set of sensors to the package.

Ves felt differently about it because he could do a lot more with an extra head than anyone could imagine.

Aside from this weird and unusual design choice, the knight biomech also featured another set of additions in the form of four organic tentacle-like limbs extending from its back!

The tentacles were relatively long and thick. They were also covered by many segmented bone sections, allowing them to withstand a lot of damage without breaking.

Although the limbs weren't as fast and dextrous as he would like, they possessed plenty of power to attack a mech in the front and in the rear!

Ves initially wanted to add a single powerful limb in a similar fashion to the Skorpion Kommando's impressive tail, but then he thought that he could do more with several more limbs.

Two tentacles were better, but Ves thought he could fit in double that amount without compromising too much individual muscle strength.

The addition of the tentacles partially reminded him of his Blessed Squire design, but these ones looked much more ominous due to their organic nature!

Not only that, but the weaponized qualities of the organic tentacles made it clear that they were solely designed to attack rather than provide support!

The extra limbs made his proposed biomech look a lot less human, but who cared as long as it was useful?