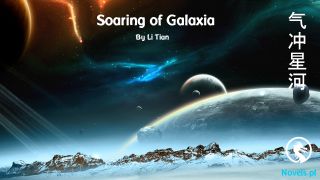 From an objective standpoint, the known effects of Iridescent Mercury were rather marginal and niche. It saw minor use in certain expert mechs piloted by notable leaders and commanders.

Yet the allure of using other resonating exotics that improved a concrete combat-related priority was too great. Few expert pilots and mech designers valued the effects of Iridescent Mercury over the alternatives.

The situation was different here. Iridescent Mercury happened to resonate quite well with Venerable Joshua. This allowed him to derive greater value from this material than many other mech pilots.

What actually stole the show was Master Willix's unexpected discovery that Iridescent Mercury possessed highly complementary effects towards glows. She even presented a bold theory that explained why this might be the case.

"If you think about it, Iridescent Mercury seems almost useless in any other circumstance. I suspect the overall function of this resonating exotic is centered around amplifying mental effects… This is why this material can make expert mechs command more attention. However, when it is paired with a mech designed with a glow…"

Ves naturally understood the conclusion that Master Willix was hinting at. "Everyone else can't make the best use of Iridescent Mercury! Since they mainly amplify the expert pilot's inherent presence in those cases, much of the potential of this material is wasted. When paired with one of my own mechs, the resonating exotic can affect more factors. This results in a direct strengthening of one of the greatest advantages of my design philosophy!"

Iridescent Mercury had just entered into his crosshairs. Though Master Willix had cautioned Ves that her judgement was largely based on assumptions rather than solid proof, she was not the sort of mech designer who made spurious guesses. If she was willing to mention this material to Ves and Gloriana, then she must have great assurances that it lived up to its promises!

Though the Larkinsons still had to perform follow-up studies on Iridescent Mercury in order to know for certain that it could play a major role in enhancing the Chimera Project's importance, as long as it was viable, Ves was very willing to adopt it even to the exclusion of other powerful alternatives!

Master Willix spent the next five minutes explaining some of the specifics of using Iridescent Mercury.

The good news was that it did not interfere with the effects of Fixer Iron. A lot of other weaker resonating exotics would either not be impacted or be subjected to just a minor drop in effectiveness.

The bad news was that it truly left Ves and Gloriana with too few options to strengthen the Chimera Project in other ways.

"You are better off not integrating a third powerful resonance ability to this mech." Master Willix advised. "The materials that you can still squeeze in this expert mech are either unattainable or not suitable for this particular mech design."

"We'll just settle on incorporating lesser amplifiers into the weapon systems of the Chimera Project." Ves spoke his thoughts.

His wife slowly nodded. Though this did not fall in line with her original ideas, the option presented by Master Willix made too much sense. As a mech designer who was sensitive towards fit and synergy, she could not deny the huge value of Iridescent Mercury to the Chimera Project!

The meeting soon moved on after determining the main resonating abilities of the Chimera Project. While this did not exclude the addition of other useful resonance functions, they would most definitely lack the impact of the Chimera Project's rapid self-repair and glow amplification capabilities!

"The Vanguard Project is much more straightforward." Master Willix addressed a different project. "Since it is based around a simple concept, there is no need for us to overcomplicate its resonance abilities. As an assault expert mech that is meant to resist tough opponents, it can better fulfill its role by amplifying both its defense and offense."

She quickly presented two decent but suitable resonating exotics that happened to be compatible with Venerable Rosa Orfan.

"Surprisingly, Venerable Orfan is actually compatible with a decent range of defense-oriented materials. That is quite uncommon to see in an expert pilot that excels in piloting offensive mechs."

This did not surprise Ves that much. Venerable Orfan possessed an undeniable connection to Qilanxo.

In fact, now that he thought about it, Qilanxo's method of bonding with chosen humans was actually a more primitive but also intimate version of his spiritual networks!

A projection of a rather dull and solid-looking metal appeared in front of the mech designers.

"BSN-17A is a different resonating material from the ones that I have introduced before." Willix spoke. "Fixer Iron and Iridescent Mercury are both naturally-occurring materials. Ores containing them only have to undergo light processing in order to obtain usable quantities. BSN-17A is different in that it is an alloy that blends several different weaker resonating exotics in order to achieve a stronger effect."

The Journeymen of the Larkinson Clan were no strangers to alloys, but it was rare to encounter one that was still able to interact with expert pilots.

"It enhances the defenses of a mech by forming a thin but highly-resilient energy barrier just above the surface of an expert mech."

"Isn't that a resonance shield?"

"This is different." Willix shook her head. "The coverage area and working principles are different. Ordinary resonance shields extend at least several meters from the upper surface of an expert mech. The barrier formed by BSN-17A only hovers a couple of centimeters above the contours of a frame. The efficiency and resistance of this active ability are quite good. Best of all, the BSN barrier can be stacked with an ordinary resonance shield. This allows the expert mech to brace itself against a very powerful strike such as the charge of a lancer mech."

While this was doubtlessly a useful effect, Ves felt it was a bit boring. There wasn't anything special to BSN-17A aside from passively increasing an expert mech's resistance against various interference effects. Unfortunately, that also caused the resonating alloy to interfere with plenty of other resonating materials.

Master Willix did manage to find another suitable resonating exotic that did not interfere with BSN-17A.

"Pierrotis is a rather common resonating exotic that matches well with the role of the Vanguard Project. It can amplify physical damage by amplifying the momentum driving a weapon forward. It is most often used in expert lancer mechs but it can also be useful for the Vanguard Project."

Ves adopted a strange expression. "Who the hell came up with this awful name?"

The name was much less important than the effects. Passively, Pierrotis substantially increased the resilience of a weapon, allowing it to withstand much more punishment. When an expert pilot resonated with it, Pierrotis somehow increased the force behind the weapon in a way that allowed it to strike harder. No matter whether the expert mech was charging at high speeds or simply thrusting its weapon forward, Pierrotis directly amplified the attack.

The major downside of this resonating exotic was that it was very hard to show its full potential in static combat scenarios.

The less the Vanguard Project was able to move, the lower the amplification factor of Pierrotis.

Fortunately, this was not a big deal in spaceborn combat. The void of open space was so big and empty that it was virtually impossible to pin a mech to a single coordinate on the battlefield!

"It's not an ideal fit for a spearman mech, but Venerable Orfan resonates strongly with this material." Ves noted as he skimmed through the data.

There were few resonating exotics that could provide a stronger offensive enhancement to an expert mech while also remaining compatible with the expert pilot.

When Master Willix moved on to the Decapitator Project, she reused a material she mentioned before.

"Just like Venerable Orfan, Venerable Dise is also compatible with a range of defensive resonating materials. There should not be any problem with integrating BSN-17A to this expert swordsman mech as well."

"Are there any other good reasons to opt for BSN-17A again, Master Willix?" Gloriana asked.

"BSN-17A is a favored defensive material for offensive mechs because you do not need to integrate many tons of it into their frames. Just a moderate amount is enough for it to reach optimum performance."

"What about piling more BSN-17A onto an expert mech?" Ves curiously wondered. "I bet Venerable Jannzi is compatible with this resonating exotic as well. Is it possible for her expert mech to use three times as much BSN-17A than the other expert mechs?"

"It won't be as usable anymore, Mr. Larkinson. The defensive attributes of the thin BSN barrier will increase, but the strain on the expert pilot rises too quickly. An expert mech with such an excessively strengthened barrier will not be able to maintain its enhanced defenses for long."

That made sense. BSN-17A may have been deliberately designed to complement offensive expert mechs.

Willix chose a different offensive material for the Decapitator Project. She sent a brief glance over to Ketis.

The swordmaster's eyes shone when she heard that. Ketis was definitely interested in trying to superimpose the effects of Bissonat with her own specialty!

"What are the downsides of Bissonat?" Ves asked in a critical tone.

"It is rarer than Pierrotis and can cost you a hefty sum. It has a medium interference factor and there is not much room for other options when you use it in a bladed weapon. Its resonance effect is also more strenuous to maintain, so Venerable Dise must use it sparingly unless she must truly use its power to cut through a resilient opponent."

Though none of this sounded nice, the tradeoffs were worth it. Bissonat's cutting power amplification was substantial. It worked best against solid matter such as resilient armor plating but did not provide a lot of advantages against resonance shields and other energy barriers.

All in all, Bissonat was a good choice for the Decapitator Project. The whole point of the expert swordsman mech was to provide the Larkinson Clan with a solution against more powerful or heavily armored targets.

After a short discussion on how Bissonat should be integrated into the mech sword of a swordsman mech, Master Willix quickly moved on to her choices of the Disruptor Project.

"One of the greatest challenges to matching resonating materials with expert light mechs is that you cannot use those that are too heavy or take up too much space. This rules out many exotics that have to be used in greater quantities in order to justify their inclusion."

"So we can only use lighter resonating exotics?"

"Not quite. You can use dense and heavy ones as well as long as their potency is high enough that you can already obtain a usable result by using just a small amount of it. The problem is that this is a universally-desired quality, so lighter and more potent resonating exotics are difficult to procure."

Fortunately, the MTA was so wealthy and powerful that these material constraints did not hinder it from stockpiling such valuable materials.

"The Disruptor Project's greatest strength is its evasion capabilities. Since this trait plays such a key role in its performance, I have carefully sought a resonating exotic that can strengthen it while at the same time meet all of the other requirements."

The projection changed to show off a bar of metal alloy with a blue sheen.

"This is Perfidious Steel. As its name suggests, it is another resonating alloy."

"What is its effect?"