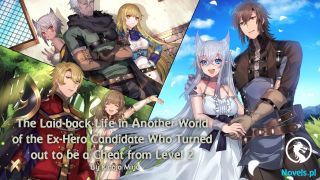 Among the four, only Xie Jiling and Xie Jiwen had been to the Ghost Town.

As such, the two walked in front.

They did not dare to split up here.

Even with the Red String Bracelet, it was better for the four to stick together.

Even the compass could not give any directions here.

The needle of the compass kept spinning without stopping.

As such, everyone decided to just keep the compass away.

They made marks on the way as they looked for the Ghost Town's mushroom farm.

Xie Tongyun was both knowledgeable and skillful when it came to area formations.

But Xie Jiling and Xie Jiwen were not bad at it as well.

They broke the formation as they looked for the mushroom farm.

In the end, they did not find the Ghost Town's mushroom farm.

Finally, Xie Jiling and Xie Jiwen could confirm that this was not the Ghost Town.

It was probably built to look like the Ghost Town.

"But looking at this scale, it could not be built in a short time. Where did these rocks come from? Ghost Town was special because of rocks like these; only Ghost Town had them," said Xie Jiwen.

As they walked, they broke the formation and walked back.

In the end, even the marks that were made on the way disappeared.

It was either removed, or these rocks could move on their own.

"What's the use of thinking about this? It's using too much of my brain cells." As a genius who got into the University of B City, Xie Jiling was unexpectedly lazy to use her brain to analyze this.

"If the rocks move, we have to find the places where we made the marks before," said Xie Jiling, "It's so troublesome."

She was either lazy to use her brain, or she was lazy to move.

"We can just flatten these rocks," said Xie Jiling, "Since there's an area formation here, even if we blow these rocks up, people outside the formation will not notice."

"Besides, this place is remote, there's nobody here, so nobody will be hurt," said Xie Jiling.

"Although the area formation could interfere, similarly, whatever we do inside will not affect anything outside. We can blow things up here in whatever way we want," said Xie Jiling.

"Since it's something that can be done easily, why should we use our brains?" said Xie Jiling.

That was someone who was worthy to be called the genius who got into the University of B City.

All four took out some empty talisman papers from their bags and drew a few explosive talismans.

Then, they buried it under the soil below the rocks.

They did not bury it under all the rocks at the same time.

They did it on a few rocks at a time.

Blasting them a few at a time meant they could ensure their safety as well.

They drew a shield talisman each and held it in front of them.

When the rocks exploded, it would not hurt them.

When the rocks exploded…

In the dark, someone suddenly trembled.

What was going on?!

Then, Xie Jiling and the others started burying talismans under another pile of rocks.

After a while, all the rocks in this place turned into rubbles.

These rock rubbles were then completely cleared up.

"Now there are no obstructions," said Xie Jiwen, "Let's just break the formation."

Xie Jiling nodded. "This formation has been on my nerves since the beginning. It's nothing much, but it made itself seem like something high-end."

As such, the four started breaking the formation.

In the dark, there was a sandbox on the table in front of a man.

On the sandbox, there were originally some rocks.

They were laid out in the exact same way as these strange rocks.

The two seemed to have some connections.

When the rocks at Xie Jiling's side were all blasted, the rocks in this person's sandbox also turned to dust.

When the rocks at Xie Jiling's side were cleared up, the rocks in this person's sandbox also vanished.

The person had a heavy expression. He had met a worthy opponent!

In this sandbox, there was a yellow fog floating above.

But right now, this fog was slowly fading.

Suddenly, an area of fog suddenly disappeared as if a corner had collapsed.

This man's expression suddenly changed, and he immediately flashed out.

Xie Jiling and the others were breaking the formation, so most of the fog had already disappeared.

A man in a black coat suddenly appeared.

"You guys are so daring!" The man in the black coat was furious when he saw the destruction.

He had almost succeeded.

However, these people destroyed all his hard work.

"Although it's not complete, it's enough to deal with the few of you! I'll let you know the consequence of ruining my plan!" growled the man in the black coat.

Xie Jiling rolled her eyes, not even a little nervous.

She turned around and asked Xie Jiwen, "Isn't it the more he talks, the less skillful he is?"

"The evil spirits that we've met before are the same. Those which talked the most, as if they were so powerful, when we took action, they couldn't even last a hit," said Xie Jiling.

"This is probably what you call bluffing," said Xie Jiwen, nodding.

Xie Tongyun said, "It's also possible that he doesn't know his own skills."

That man in the black coat was enraged.

He raised his hand, and the land in front of him suddenly started sinking.

A black, gigantic, man-shaped creature crawled from beneath the ground.

Xie Tongyun said in a deep voice, "He absorbed evil energy and wanted to create a Wraith King."

"Looking at this progress, he must have fed it pretty well. It has been a while since it was created," said Xie Tongyun.