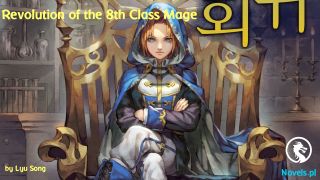 Chapter 3416: Have Some Western Food

The soul reaper said, “That’s why he was wearing this style of clothing. We saw it.”

Xie Jiling raised her brow. She thought that this style of clothing was somewhat familiar.

Another soul reaper said to Xie Jiling, “What a coincidence! That exorcist has the surname Xie as well.”

Xie Jiling said, “That might be my Eldest Uncle…”

He also loved going to the beach for vacation.

Aside from taking requests, some exorcists would check the authenticity of certain rumors and locate vengeful ghosts themselves.

However, her eldest uncle was different.

He normally stayed on an island.

However, his office was located in the country.

Because Xie Jiling would mainly be in B City due to her four years of college, her eldest uncle decided to move his office to S City.

However, he was never in S City. Instead, he was always sunbathing on an island.

Whenever he had requests, the office would inform him, and he would then leave for the place where he was supposed to go, according to the commission.

Normally, he would just be waiting at the same place.

It depended on if a vengeful spirit was unlucky enough to bump into him.

As such, after a long time, the place her eldest uncle was staying at became extremely clean.

Every vengeful spirit would avoid that place.

She wondered which vengeful spirit was so unlucky to be the rabbit in the story of the guy waiting by the tree stump for a rabbit.

When the two soul reapers heard Xie Jiling’s response, the corners of their mouths twitched.

No wonder he was so peculiar!

He was actually a member of the Xie Family!

Only a member of the Xie Family could conveniently do an exorcism.

The soul of the fox spirit in Xie Jiling’s hand was feeling horrible.

Why were they talking?

Had they forgotten about me?

I was still in the hands of this terrifying woman!

Would you take me away or not?

If so, then take me away quickly.

I don’t want her to hold me anymore.

The fox spirit might have been staring at them too desperately…

As such, the two soul reapers couldn’t ignore it anymore.

They finally remembered why they were summoned here.

Because they knew Xie Jiling well, they would always chat with her whenever they see her.

At this moment, a soul reaper coughed awkwardly and said, “Is it a fox spirit this time?”

Xie Jiling nodded and said, “A fox spirit possessed this human. This human must have simply invited a fox spirit out of ignorance.”

Xie Jiling had already extracted all of its spiritual power, but the soul reaper still needed to bind the fox spirit’s soul with a soul-binding lock.

The proper procedures should still be in place.

If the fox spirit escaped because they had been careless, they would not be able to handle the consequences.

Once it was bound; however, they wouldn’t have to worry.

They turned and looked at Xiao Fengqing crawling on the ground.

There were still marks left by the fox spirit on her body.

The soul reaper shook his head and said, “Ignorant people are really fearless. They dared to invite things into their bodies just because some half-assed master told them so. They thought there would be no issues and that they would reap the benefits.”

“Thankfully, Lady Xie discovered this. If not, you wouldn’t even know when you will get sucked dry by the fox spirit in the future!” After saying this, the soul reaper stopped paying attention to Xiao Fengqing.

The soul reaper only said a few more words because Xie Jiling was here.

If Xie Jiling weren’t present, they wouldn’t even say anything.

They wouldn’t care about someone would die.

“Lady Xie, burn some western food for us later on,” said the soul reaper.

The soul reaper explained, “When we went to an island to guide a soul, we guided a foreigner.”

Han Zhuofeng asked in surprise, “You can guide the souls of foreigners?”

That sounded rather inclusive.

It could have been because of Xie Jiling, but the two soul reapers were really affable.

They didn’t mind that Han Zhuofeng interrupted their conversation. They even explained patiently, “Of course. We can take any vengeful spirit in our jurisdiction. However, we have to check his country of origin. If he has lived here for more than ten years, we get to take him, and the underworld has the right to punish him.”

“If he hasn’t lived here for ten years, we will have to send him back to hell in the western world.” the soul reaper said.

Were there different countries in the underworld?

Wasn’t that an extradition?

When a criminal was caught in our country, he would get sent back to his own country.

“But the souls of foreigners are different from the souls of the people from the eastern world. Does your method of binding work on a foreigner ghost?” Han Zhuofeng was like a curious baby as he asked.

The soul reaper finally thought that Han Zhuofeng was asking too many questions.

“Our time is limited. We won’t be explaining everything to you. Actually, Lady Xie knew these things as well. If you have any questions, you can ask just Lady Xie. We have to rush back. We can’t sustain the soul of this fox for too long,” the soul reaper said.

“Alright. Alright. I won’t disturb you.” Han Zhuofeng immediately said as he nodded.

Han Zhuoling was at a loss for words. “…”

Han Zhuofeng was such a coward last night. But now, he was even chatting with the soul reapers.

Why was he so capable?!

The two soul reapers were about to leave when they remembered something. They quickly said to Xie Jiling, “Sigh. We haven’t even finished our serious conversation. That foreigner ghost told us many things about western food. Lady Xie, if you have time, can you burn some for us? We would like to try it.”

It had been so many years, yet they still hadn’t tried western food.

Xie Jiling nodded and said, “Alright. I will choose a few and offer them to you. There are quite a number of western food options. I can’t burn everything at once. I will burn them slowly so you can enjoy your meal slowly.”

“Alright!” The two soul reapers happily left with the soul of the fox.

Han Zhuofeng thought to himself. “So the conversation about food was serious!”

When the two soul reapers left, the black hole disappeared.

Xiao Fengqing was still lying on the ground. She looked confused and in a daze.

Xie Jiling walked before Xiao Fengqing and said, “You shouldn’t play with fire. You won’t get saved every time. Do you really think that the price you have to pay for inviting a fox spirit is small?”

“But do you really think the master would sacrifice himself for you?” Xie Jiling asked coldly.

Even without using her brain, she knew…

“Do you really think you became prettier? It’s all because the fox spirit has so much vigor. It is full of vigor because it has sucked your vitality away. Because it became stronger, your beauty was maintained.”

“Therefore, your beauty was not given to you by the fox spirit. You exchanged your soul and life for that beauty,” Xie Jiling said.