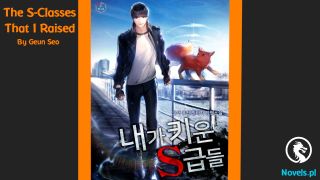 “Besides, they probably don’t expect that we’ll be here,” said Lu Xiuse, smiling.

In front of them, her bitterness towards Yan Zhiqing could not be seen at all.

Whoever saw this would compliment Lu Xiuse for having a good temper.

Without waiting for Jian Shuixin to speak, as Lu Xiuse was scared that she would keep bugging her, she said immediately, “I’ll be going now.”

Then, she immediately went out alone.

Lu Xiuse let out a sigh of relief and opened the door of the opposite room instantly. Unexpectedly, when she entered, she saw that everyone in the room was standing up and packing their things, as though they were about to leave.

Wu Mosen saw this and let out a sigh of relief.

Thankfully, they were leaving on time.

Or else, he would have had to deal with Lu Xiuse.

“That’s too bad.” Even Lu Xiuse’s smile froze. “I wanted to come over and give you a few toasts.”

“It’s fine. There are still many chances in the future,” said Wu Mosen. “Today is not a good one to drink too much.” Lu Xiuse took a glance and saw that there were not much alcohol on the table.

It was really a Buddhist dinner. Hehe.

Lu Xiuse did not give up. She saw that her cup was still in the same spot and had not been removed.

She took that cup and scanned the table. Seeing that there was still a little beer in one bottle, she poured everything into her cup. Adding up, she had half a cup of beer.

“Director Wu, let me give you another toast. It’s sad that I couldn’t talk much to you tonight,” said Lu Xiuse with a face full of regret.

She even gave Yan Zhiqing a glance. It was unclear whether it was intentional or not.

Yan Zhiqing was so angry that she smiled. Did that mean that it was her responsibility?

Wu Mosen did not want her to pester him, so he quickly drank the tiny bit of beer in his cup with Lu Xiuse.

Just as she was about to open her mouth, Wu Mosen had already left the table and was already at the door.

“Our crews are very close to each other anyway. There will still be many chances to meet in the future. Just not for now,” said Wu Mosen, smiling.

Yan Zhiqing immediately opened the door and went out first.

The people in the room followed along one by one.

Since this was the case, Lu Xiuse could no longer pester him and could only watch as they left.

In her mind, tonight’s matter had been interrupted by Yan Zhiqing.

Previously, she felt strange that Yan Zhiqing would let her see Wu Mosen so easily. So it was because she was waiting here.

“Yan Zhiqing, you messed with my stuff. I won’t let you have a good time!” said Lu Xiuse, gritting her teeth as she watched the people in Wu Mosen’s crew disappear after turning in the corridor.

Lu Xiuse did not return to her crew’s private room immediately. Instead, she called Luo Qingxian.

“Xiuse.” Luo Qingxian did not expect that it was really her. “Do you know who I saw just now?” asked Lu Xiuse.

Luo Qingxian paused and smiled. “How can I guess that? You didn’t even give me a hint. Even if you want me to guess, you have to give me a scope.”

Lu Xiuse did not leave her hanging and said, “I saw Yan Zhiqing and Wei Wucai together.”

“The two of them?” Luo Qingxian froze. “Alone?”