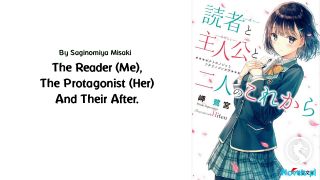 Chapter 2562: Don’t Even Know to Bring Me Over to Get to Know Them?

“You are being too humble right now,” Yan Zhiqing said. “I read the analyses online. It was all because of the very steps you took, which were quick and precise, that the other party was unable to strike back at all. If it were someone else, he or she might not have won as brilliantly as you had.”

Ever since Lu Man got married to Han Zhuoli, she had also gotten to know quite a few people in the industry.

Although Han Zhuoli was not very keen on participating in some business gathering activities, like galas and the like, there were some he had no choice but to attend.

As Han Zhuoli’s wife, Lu Man naturally had to accompany him, so she also got to know quite a few people along the way.

She was not close to them, but she could still have small talk with them when she saw them.

They just had business ties where they boasted about their own businesses.

Han Zhuoling had not arrived yet. He first went to send Shi Xiaoya to where her class was at.

It was summer right now, and today happened to be a clear, sunny day where the weather was very good.

The campus grounds was huge, so even if there were so many people around, it was still very spacious and did not feel overcrowded at all.

There were wine and drinks, cake, light snacks, fruits, etc, which were all placed outdoors.

The shelves on which these food and drinks were placed all had chiller functions attached.

So even if the weather was hot, they would not need to worry that the food would not be fresh under the hot sun.

And the timing of the school anniversary was chosen to be held at 4 PM, so the weather was just about to turn colder and was not considered very sunny.

“Xiaoya!” Shi Xiaoya’s classmates saw her from afar and quickly waved at her.

When she looked at them from afar, it seemed as if her female classmates had arrived first.

“My classmates are right there, I’ll go over first,” Shi Xiaoya said to Han Zhuoling.

Han Zhuoling raised his eyebrow and lightly flicked her forehead.

He did not even dare to use any strength. He was just faking it, and it did not hurt at all.

Shi Xiaoya also played along with him and rubbed her forehead, asking, “What?”

“You’re going to meet your classmates, but you don’t even know to bring me over to get to know them?” Han Zhuoling said, straightening his back a little more at the same time.

He wanted Shi Xiaoya to specially introduce him.

Shi Xiaoya understood. She smiled as she said, “Didn’t we announce our relationship publicly a long time ago? There aren’t many people who don’t know about it.”

Han Zhuoling then said, “When we announced it publicly, it’s one thing for other people to know, but with you introducing me personally, it won’t be the same.”

Han Zhuoling gave a small smile and continued walking together with Shi Xiaoya.

But after walking for a few steps, Shi Xiaoya wanted to let go of his elbow.

Han Zhuoling quickly pressed her hand onto his elbow and said, “Why do you want to let go?”

“Don’t you feel hot?” Although at this time, the weather was considered cooling already, the warmth of summer could still be felt, so the weather would not possibly be very cool no matter how cooling it was.

“No, I don’t,” Han Zhuoling said as his eye twitched once.

Although these people came to attend the school anniversary celebrations, actually, it was also another form of a business gathering, so they naturally would not turn up in casual clothes.

They would thus wear suits and dress up in business attire as they usually did.

Be it Han Zhuoling, or Han Zhuoli, or the other people whom they knew.

Even if it was summer, they would all wear their suits complete with the blazer, not lacking one part at all.

If they were to dress more formally, they would even wear a three-piece suit, which included the vest.

Shi Xiaoya would already feel unbearably hot just from wearing a dress or pants like she did normally did, so she really admired how they could wear a suit across all four seasons in the year.