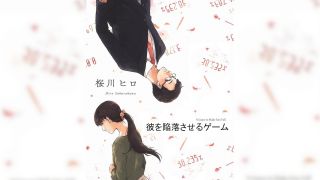 Everyone drew their lots, and Howard had also picked another average supporting character.

With this kind of format, it actually did not matter whether one was the main character or not, because the challenge was equally big.

Like what was said previously, because you didn’t know which role you would pick, you would have to memorize every character’s lines.

In contrast, because the main character had many lines that flowed more smoothly, they were actually a little easier to remember.

In this way, acting as supporting characters was actually more difficult.

And you had to guess which roles you would get because you did not know who you would eventually pick. For some roles that are more packed with emotions, you would also have to prepare more properly.

As each character had their own unique points, the difference was very big. Some were even on the opposites of two extremes.

Having to switch between the different unique points of the various characters made the difficulty even greater.

In Howell’s class, the supporting roles were actually more difficult to act out than the main roles.

Hence, no one would celebrate just because they’d picked the main characters.

Similarly, no one would feel that they were on the losing end for picking a supporting character.

And over here, with Howell, there was no distinction between the main and supporting characters. As long as you could play your character well, you would pass.

Shana frowned and walked over to Lu Man, saying in a small voice, “It’s still possible for you to back out now. After you go back, ask your fellow students for the class requirements. If you insist on staying today, forget about forgetting your lines. Even if you fumble just a bit, you can forget about attending this class anymore next time.”

Lu Man did not expect that Shana would come and warn her.

If it were someone else, they might misunderstand that Shana saying this so directly was out of ill intent to mock her.

But Lu Man knew that Shana sincerely came over to warn her. If not, she would not even mention subsequent classes.

Lu Man smiled and said, “It’s fine. I chose to stay because I have the confidence.”

Shana shook her head. “You don’t know, but Professor Howell is very strict. It won’t be enough if you’d just memorized the script. You must be able to reach the standard where you can go up on stage to act.”

But even this alone made her shocked.

This was not some casual poetry from a textbook for Lu Man to be able to memorize it the first time she came.

Shana suddenly felt that perhaps their previous loss was not such an injustice, after all.

But she still warned her, “Professor Howell has some prejudice towards you. He is a very conscientious teacher who likes students who work hard. He hates those who are arrogant and conceited just because they are talented. You didn’t come before now, so even some teachers feel that you think it doesn’t matter if you don’t come over here to learn, just because you won against us previously. They thik that you just needed to come over here to win another competition.

“At first, Professor Howell was really looking forward to meeting you. But because you didn’t come for so long, he surely must feel that you are like what most people said. That’s why his attitude towards you had been so cold since just now. If not, even though he is strict, he would not act like such a cold person.”

Lu Man did not expect that Shana would say this much to her.

Lu Man replied sincerely, “Thank you for telling me all this.”

She gave Shana a friendly smile and said, “But as much as possible, I always avoid doing things that I am not confident in doing. I chose to stay now, and though I don’t have the confidence that I will be the best, I think there will be no problem when it comes to being able to continue participating in subsequent classes.”

Shana felt that the confidence Lu Man showed was rare in Oriental peoples like them.

Most of them were very humble, or at least, they appeared to be very humble… Even if they had that confidence in their hearts, they rarely spoke about it.