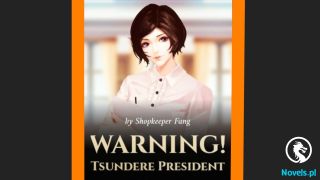 “I think Madam Xia has already made her move,” the lawyer said. “Tonight, the incident about Shi Xiaoya being someone else’s mistress before suddenly spread like wildfire on the Internet. But afterward, a PR manager called Lu Chao came out to apologize, saying that he had been hired by someone to do that. Now people are pointing to Madam Xia as the person who did it.

“So now, mediation is impossible,” the lawyer said.

Xia Zhancheng clenched his teeth tightly. He did not have a very clear understanding of the matter just yet, so he could not say much.

But just based on what the lawyer and what that friend just said, he could tell that this time, Cen Mengqing and Xia Yixin made things blow up a little too much.

“I understand. I will go and look up the situation first.” Xia Zhancheng ended the call after speaking…

He instantly went online to take a look, to see what Xia Yixin and Cen Mengqing had done exactly.

He did not expect, though, that it actually became such a huge affair online.

Even without him taking the initiative to search, the moment he opened the homepage, it was filled with news all about it.

There was even the statement that Han Zhuoling posted.

Han Zhuoling did not even care about face anymore and just spilled everything from Xia Yixin’s adultery to the fact that the child from before was not even his.

Now, the Internet was filled with criticisms towards Xia Yixin.

There were even people who said that Xia Yixin going to jail was her just desserts!

Because of Xia Yixin’s matter, even the Xia family got scolded.

The more Xia Zhancheng saw, the uglier his face became.

Cen Mengqing hid in the bedroom and also saw the developments of the situation evolving online.

It actually reached a stage where everything had spun out of control.

Cen Mengqing then started to panic. The developments of the situation had already exceeded beyond the limits of her control.

And she did not even dare to think about how big of a rage Xia Zhancheng would fly into if he learned about this.

Previously, Xia Zhancheng had even solemnly warned her not to act rashly on her own.

But she did not listen.

Because before she sent this video to Lu Chao, she had first watched it once.

The lawyer had told her that this middle-aged woman was someone whom Xia Yixin had found to deliberately slander Shi Xiaoya.

But the specifics of the situation, like the issue with the video not being complete, was something that the lawyer did not know about at all.

Xia Yixin only told him how she found this middle-aged woman and how she slandered Shi Xiaoya.

Xia Yixin did not think that the contents of the video were important.

Hence, Cen Mengqing had also been tricked by Xia Yixin.

She had been continuously refreshing the developments unfolding on the Internet.

When she saw the other, more complete video, Cen Mengqing was also stunned.

She then knew that she had been tricked by Xia Yixin as well!

Cen Mengqing felt regret churning in her guts at this moment. She should have just listened to Xia Zhancheng if she’d known this would happen earlier.

She could have just let Xia Zhancheng think of ways to get Xia Yixin out.

Why did she have to take that gamble and go and find trouble with Shi Xiaoya?

She did not like Shi Xiaoya as well deep down, just because she actually dared to be together with Han Zhuoling.

And her being so intolerant of Xia Yixin, that was just despicable!

So, she’d also wanted to teach Shi Xiaoya a lesson, and it would have been even better if she could just ruin her directly.

This kind of person was not worthy of glamor.

Hence, the moment Xia Yixin hinted it, she immediately did what she wanted.

But she did not expect Xia Yixin to be so deceptive!

Cen Mengqing felt so aggrieved in her heart.

Why did she have such a daughter that only knew to set her father and mother up!

She did not just set a trap for them as her parents, she literally set a trap to ensnare the whole Xia family!

Did Xia Yixin have no brains?

If the Xia family was not doing well, could she have a good life?

She could only live well if the Xia family did well.