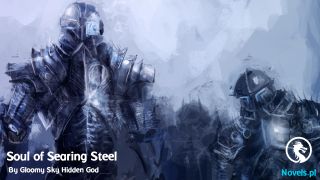 It was understandable that he forgot too, right?

Even Han Zhuoling had times when he made mistakes.

After all, he was human. It would be impossible for him not to make any mistakes at all.

Although, out of her understanding of Han Zhuoling, Shi Xiaoya still harbored suspicions in her heart. She simply had a feeling that actually, Han Zhuoling was purposely not taking precautions.

But since he said that, she would just believe it.

Originally, Shi Xiaoya was about to believe it.

And yet, she heard Han Zhuoling continue saying, “Since that’s the case, then we can just forget about taking any precautions.”

Right after that, she heard him continue to say, “Anyway, we are going to get married. Previously, when we went to father-in-law and mother-in-law’s house, we already said that we will discuss marriage matters after the new year.”

“In this case, since today is Yijun’s 100-day baby shower, it won’t be appropriate for us to discuss other things. After all, Yijun is the highlight of today. Tomorrow, we can go back to the family home first and discuss with the elders about the marriage. The day after, I can go back home with you to discuss it with father-in-law and mother-in-law.”

Haha, he definitely did not take precautions on purpose.

And she actually almost believed him just now.

She was still too innocent.

It was rare that First Young Master Han actually had such moments when he felt nervous.

He was very afraid that Shi Xiaoya would not agree.

Even though it was not obvious on the surface, he was actually really so nervous right now that he wanted to swallow continuously.

He almost stepped on the brakes to stop the car.

Luckily, he still managed to hold it in.

Han Zhuoling really did not do it on purpose. He probably wanted to marry her so much, to the extent that he actually forgot this most important segment.

No matter how unfamiliar with it he was, he also knew of the importance of a proposal.

This was not just a formality. This was a form of respect, a way of expressing how much the other party means to you in your heart.

Of course, this was not to say that the grander the proposal, the more it showed how much the other party means to you.

This was not a proportional comparison.

If your financial conditions do not allow for it, and you cannot prepare a very grand wedding, could it be that the other party did not matter in your heart?

The important thing is not how grand the scene was; it’s the thought that counts.

Even if there was no surprise or grandeur to it.

A solemn proposal to ask, though, that should be present.

Han Zhuoling scolded himself deep down. He was really going too overboard!

He glanced around and found a spot where he could stop the car by the roadside.

“Xiaoya.” Han Zhuoling was nervous because he did something wrong.

And it was to his most cherished lady.

He felt unprecedentedly nervous, even more nervous than just now when he told her about the marriage discussions.

Shi Xiaoya was staring at him feeling perplexed, and her eyes were filled with question marks.

But being stared at by those huge eyes of hers made Han Zhuoling feel even more guilty.

“What’s wrong?” Shi Xiaoya got a scare from his serious expression and said, “You… You’re suddenly behaving like this, don’t scare me! What happened?”

Shi Xiaoya had wild thoughts running across her mind as she thought about it. It could not be that he regretted mentioning marriage to her, right?

Or else, why did he suddenly have such a reaction the moment she mentioned a proposal?

He even said sorry.

The moment a man says sorry, that means that he did something untoward to you.