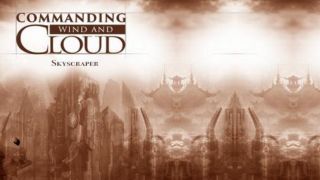 Shi Xiaoya ate until her mouth was smeared with oil, totally not caring about her image.

It was also because she was really hungry, so she ate quite a lot right now.

When both of them were done eating, they realized that there were even more people in the area and the seats in the restaurant were all filled.

Most of them were tourists who came on holiday.

The two of them slowly strolled back to the hotel.

Shi Xiaoya bade farewell to Han Zhuoling at the door to her room. When she went into her room, she realized that Guo Yujie had already come back.

“When did you come back?” Shi Xiaoya asked.

“Only just now. I came back only slightly earlier than you both.” Guo Yujie checked the time. “But you both came back way too early. Didn’t you both go and walk around?”

“Assistant Tong and I gave both of you alone time, yet you both actually didn’t stay out for any longer?” Guo Yujie asked in shock.

At this rate, Han Zhuoling would probably have to continue being single.

“There were just way too many people, and it feels like there’s no way we can avoid the crowd. And it’s the first time we came here, so we’re not familiar with the area. Where else can we go and walk about?”

As she said that, Chi Xingrui called and asked Shi Xiaoya if she was free.

The production crew had decided to invite the guests that were already there for supper. It would be at 9 PM, when the show would start airing. They could have supper while they watched the show.

Shi Xiaoya was quite full, but the point was not about supper, it was about watching how the show would turn out together with the rest, so she agreed.

On the other side, Lu Dongliu also contacted Tong Chunian and asked if Han Zhuoling would be willing to go.

“Let me ask him. I’ll reply to you in a while,” Tong Chunian said.

Tong Chunian did not look for Han Zhuoling first but asked Guo Yujie, “Will Miss Shi be going to eat supper and watch the show with the production crew tonight?”

“Yeah. Assistant Director Chi just contacted us,” Guo Yujie said. “Xiaoya already agreed and will be going to have supper and watch the show together with the production crew.”

“Okay, I got it. Many thanks,” Tong Chunian replied and immediately went to find Han Zhuoling.

Tong Chunian pressed the door bell. After a while, Han Zhuoling finally opened the door.

“What is it?” Han Zhuoling asked.

Tong Chunian entered the room and closed the door before saying to Han Zhuoling, “Young Master Ling, Director Lu contacted me just now. The production team wants to invite the guests to come and have supper together, so they can watch the premiere of the first episode together as well to see how it turned out. He wants to ask if you are free and whether you want to come along.”

Han Zhuoling threw him a look before saying, “I’m going.”

Shi Xiaoya bathed first and washed her hair. Or else it would be almost midnight by the time they return from watching the show.

Based on her experience from the previous two episodes, the production team would surely wake the guests up really early tomorrow morning.

So Shi Xiaoya wanted to quickly go to sleep the moment she came back.

She packed her things first and naturally removed her makeup.

She changed into her pajamas and planned to change back into her going-out clothes later on when they’re about to leave.

There were still two more hours, so Shi Xiaoya comfortably sat down on the bed, resting her back against the soft pillow.

She could not help but look through the photos taken in the morning again.

She opened Weibo and chose a photo Han Zhuoling took of her stepping on the snow and uploaded it.

It was accompanied with the caption, “When I went out in the morning to head to the production set, it happened to snow. Didn’t become ugly the first time someone took a candid shot of me. Lucky.”