Should he fight? He was incapable of beating the opponent. Should he forfeit? The opponent would launch the attack soon.

The Vast Sun Douluo had never faced such a difficult situation before. Ao Rui had been cultivating in the War God Hall for many years and had encountered many types of unimaginable opponents. Yet, this time he was truly rendered incapable of doing anything to the opponent before him. Moreover, he believed that the situation would not be very different even if the Skycrosser Douluo were to engage in this battle instead. No matter how powerful a person was, it was useless if the opponent was unaffected by their attack.

On the other hand, the consumption of his soul power was growing higher due to the opponent’s continuous wild attacks. The opponent’s attack was growing more and more ferocious. What should he do now?

He would not allow himself to lose because he was the first War God! If he had lost, it was almost equal to a huge loss for the entire War God Hall. The result from the battles earlier were three losses and one draw. War God Hall’s reputation would go down the drain if they were to lose this round.

Vast Sun Douluo clenched his teeth to bitterly withstand the attacks. His only hope now was for the opponent to become incapable of sustaining this state after some period of time. He would wait until the opponent was exhausted. After all, he was still feeling quite confident about his soul power. The opponent could not have achieved the extent of rank-98 for sure.

Yet, he had underestimated the Leakproof Golden Body still.

As soon as the Golden Body Arhat realm was achieved, the person would be immune to all negative conditions. Any auxiliary-type soul skills that would result in negative conditions would be rendered ineffective. Moreover, it would cleanse the person’s body and deter all poisons. All the control-type soul skills including energy-type attacks would all be ineffective against it.

The Golden Body Arhat was described as ‘born and bred by the heavens, leakproof golden body’ in Body Sect!

Any form of energy between heaven and earth would become a part of the person’s nourishment. Under such circumstances, it was almost impossible to wait until the Leakproof Golden Body was exhausted.

There was only one possible way that could defeat A Ruheng. It was to unleash an instant attack to the extent that he was almost incapable of withstanding anymore. Or, outnumbered him with powerhouses in a battle until the Leakproof Golden Body was exhausted. Yet, it was easier said than done.

Even though the Golden Body Arhat did not make a human being’s body achieve god-rank, it was not far from that extent. The soul master’s ability to sustain his fighting capacity was at least three times more than another soul master of the same rank. Even though A Ruheng had just recently achieved this rank and had yet to achieve three times more, it was at least two times more for sure.

Judging from the outside, it was obvious that Ao Rui’s defense was becoming weaker. On the other hand, A Ruheng’s attack was growing more and more ferocious. The gold-red radiance on his body was growing brighter too.

The Skycrosser Douluo heaved a sigh and looked toward Tang Wulin. His lips were humming as he transmitted his voice to Tang Wulin.

Tang Wulin nodded ever so slightly and spoke in a vibrant voice, “Your Excellency Skycrosser. This round has lasted for too long. I can see that both sides are incapable of defeating one another. Why don’t we set this as a draw? We shall allow our challenger to enter the next round.”

Skycrosser Douluo said without the slightest bit of hesitation, “Sure, we shall do as suggested by Master Tang Sect.”

Tang Wulin smiled as he turned toward the direction of the competition arena. “Senior disciple brother, your battle ends here.”

A Ruheng burst out laughing aloud. “Sure. What a decadent battle. I can only experience this feeling by fighting against a powerful opponent.” His figure gradually shrunk in size and he returned to his original size. Only some duskgold knee-length breeches were left on his body. His upper body was naked, revealing his incomparably bulky muscles.

The Vast Sun Douluo descended from the sky and landed on the ground. His face was ghastly pale while he was heaving continuously. If A Ruheng were to continue attacking, he would have really failed to withstand anymore.

He was too embarrassed to say anything else at this very moment so he took the liberty to walk back to his side. He was mortified to comment. Those with discerning eyes could tell that he would be the one to lose the competition had it not been the opponent showing mercy.

It was Tang Sect and Shrek Academy that showed respect for War God Hall.

Skycrosser looked at Tang Wulin and heaved a sigh softly in his heart. ‘The young people of this generation are truly impressive as expected!’

A Ruheng walked out of the competition arena. However, he did not walk toward Shrek Academy’s side but he followed behind the Vast Sun Douluo’s back to the opposite side.

“Senior disciple brother, we’re here. You’re walking to the wrong side.” Tang Wulin hastily called out to A Ruheng.

A Ruheng turned around and smiled at Tang Wulin. “I’m not walking to the wrong side, not the wrong side. I have a small matter to attend to. Please hold on, junior disciple brother.”

As he was speaking, he had already walked out from the protective shield’s area with long strides and arrived before Asiatic Apple Douluo Shi Mengshan.

At present, the surprise in Shi Mengshan’s eyes had just disappeared. There was no doubt that all the War Gods were shocked by the battle earlier including her.

It was their first time encountering A Ruheng’s battle method. In their eyes, he was simply like a monster.

They examined their conscience and came to the conclusion that no one amongst them could come up with a good idea to respond to an opponent like A Ruheng.

Shi Mengshan helplessly watched as the opponent walked to her front. She could feel her heart racing for no reason and she could clearly sense the other person’s blazing hot blood essence fluctuation. His aura that was filled with masculine rigidity made her feel intoxicated.

A Ruheng stopped walking when he was one step away from her. Shi Mengshan looked toward him with a burning gaze.

“I feel like you need a strong man in your life,” A Ruheng said as he looked at her with apparent seriousness.

As soon as these words were spoken, the expressions of the numerous War Gods in the surroundings became fascinating. Some of them were shocked, some of them found this funny, some were surprised while some were infuriated as well.

Had it not been due to their fear of this person’s powerful fighting ability that was just displayed, perhaps someone from the War Gods would immediately come over and slap him.

A Ruheng raised his arm and flaunted his muscles for a moment. He spoke on his own accord, “I’m very strong and you can see it. Moreover, you can’t poison me to death either. There’s no other man that is more suitable for you than me. On the other hand, I need a strong woman by my side too.”

“Scram!” Shi Mengshan’s voice sounded even colder now. Her hands were subconsciously clenched into fists at the same time.

The people from Shrek Academy were staring in bewilderment as well.

Even Tang Wulin did not want to see his senior disciple brother suddenly run over to the opposite side and propose for a date. This was truly putting them in a rather difficult position now!

He hastily walked toward A Ruheng with long strides. There were ten War Gods on the opposite side. A Ruheng would be in deep trouble in case they became angry from embarrassment and joined hands to attack him. His plan would be affected as well if they were caught in tangled warfare because they were not solely here for the purpose of participating in the challenge.

The other person’s icy cold attitude did not affect A Ruheng’s feelings at all. Just as Tang Wulin was running over with long strides, the current generation of Body Sect’s Sect Master, Body Douluo and the only almighty that cultivated to Golden Body Arhat-rank in millennia had already knelt on the ground. He was facing Asiatic Apple Douluo Shi Mengshan when he said in an extremely serious manner, “Marry me. You will be the only woman in my life, other ordinary women can’t withstand my physique either.”

Shi Mengshan did not order him to scram this time. It looked like she caught in a trance as she gazed at the Body Douluo A Ruheng kneeling in front of her.

‘That can’t be right?’ An idea that Tang Wulin found incredulous had suddenly emerged in his mind as he subconsciously stopped walking.

Meanwhile, Shi Mengshan suddenly extended her hand and held A Ruheng’s hand. She spoke in a cold voice, “Alright!”

In an instant, the entire scene was solemn and silent. It was as if everyone had been petrified into statues. So, an ‘alright’ was all?

A Ruheng had only spoken thrice and Shi Mengshan answered three words.

The people watched in bewilderment as the Body Douluo stood up and held Asiatic Apple Douluo Shi Mengshan’s hand as they walked toward Shrek Academy’s side.

A Ruheng cracked into a smile by the time he walked to Tang Wulin’s front. “Junior disciple brother, I’ve brought back a sister-in-law for you. What do you think?”

Tang Wulin wanted to gift a calligraphy with the word ‘awesome’ written on it to his senior disciple brother.

Shi Mengshan remained icy cold as before as if her hand in A Ruheng’s grasp was not hers.

Tang Wulin suppressed the emotional fluctuation in his heart with great effort. He said to Asiatic Apple Douluo Shi Mengshan without the slightest bit of hesitation, “Hello, sister-in-law.” 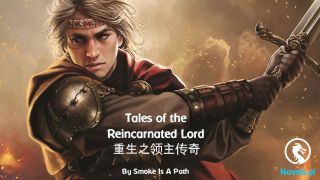