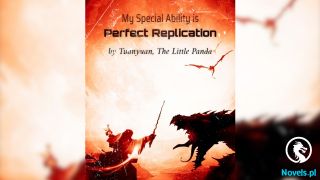 This burst of Divine Power was colorless and formless. It transformed into a domain, enveloping Ye Futian’s body directly. It even spread towards the boundless lands. The terrifying spiritual energy storm transformed into the aggressive domain power. Under this domain, every cultivator felt extremely uncomfortable. Their wills were restricted, and the Great Path’s Force within them was similarly restricted.

This was a kind of invisible constraint. Cultivators who had not gone through Tribulation lost their combat ability directly and could not move. Their bodies were drenched with sweat instantly.

However, the Ukiyo Song that he used could not be compared to the current power. This tangible improvement could even be called Divine Power now. She had only touched upon it, but even so, it was already highly horrifying It was unimaginable how horrifying it would be if a Great Emperor had released this Divine Power.

The top figures of each world stared at Donghuang Diyuan. Everyone understood clearly that Donghuang the Great’s Divine Power was extremely hard to cultivate successfully. Even though Donghuang Diyuan was his child, it was still not easily inherited.

This was the Divine Power that was unique to Donghuang the Great. No one else could do it. Di Hao of the Human Realm studied Donghuang Diyuan. Had she awoken her Divine Power?

Then they looked toward Ye Futian. Donghuang Diyuan released her Divine Power, while Ye Futian also displayed the beast control ability that Emperor Ye Qing had been skilled yet. These mortal enemies finally showed the skills of the Twin Emperors in this duel.

Donghuang Diyuan studied Ye Futian with her pretty eyes. Elegant yet cold, it seemed that she had recovered her original state—the high and mighty princess of the Divine Prefecture.

“Since you don’t know your place, then I will make it easy for you,” Donghuang Diyuan said coldly. The Revelation Divine Power exploded, and a horrifying Divine power storm swept towards Ye Futian, causing all of his power to be restricted. On the other hand, Donghuang Diyuan seemed to have gotten even stronger.

The Phoenix Divine Sword blasted onto his divine sword. Under this horrible power, it seemed that no Force of the Great Path could survive.

“Bang!” With a loud bang, the divine sword crumbled into nothing. Ye Futian’s figure also vanished from his spot and appeared in another direction. However, he still felt that he was in the range of the Divine Power. In fact, the Divine power had affected his body. Even his Celerity was restricted by the Divine Power. Donghuang Diyuan’s gaze turned and looked up at Ye Futian in the sky. Her expression was indifferent. Within the Divine Power’s domain, Ye Futian felt that his abilities were heavily restricted, drastically weakening his combat abilities.

Now, these momentous figures were truly climbing onto the stage of history.

Just at this moment, divine emerald light shimmered where Ye Futian was. It exploded viciously even under the restraints of the Revelation Divine Power. The emerald windstorm encircled Ye Futian’s body. The Power of the Divine Ruler within him seemed to have been released fully at this moment, causing a shocking emerald storm to appear around him. It wasn’t restricted by the Revelation Divine Power at all.

The strong cultivators’ hearts all shook at this scene. The Power of the Divine Ruler that Ye Futian inherited was also an extreme Divine Power. This force was not restricted by the Revelation Divine Power and burst forth viciously, forming a boundlessly huge divine ruler.

Boom! Then Ye Futian released his form, instantly transforming into a giant. Like a deity, he wielded the huge Divine Ruler. Horrifying power burst forth as he stepped towards Donghuang Diyuan. Merely one step shook the void. The space was about to disintegrate.

“What technique or method is this?” The strong cultivators all stared at Ye Futian. When Ye Futian transformed into a deity wielding the Divine Ruler, the vast group of cultivators felt a supreme divine might. A suffocating pressure appeared in the boundless land too.

“The laws of the world, the Three-Ruler Law.”

The deity-like figure uttered that and wielded the Divine Ruler in his hands. Tens of thousands of ruler silhouettes covered the sky and sun, sweeping by. They transformed into an absolute law domain. The forces shooting toward Ye Futian disintegrated in that instant, turning into dust. No force could approach him other than the Revelation Divine Power.

Donghuang Diyuan was some distance away from Ye Futian, but she could still feel how frightening that force was. “The laws of the world, the Three-Ruler Law?” All the strong cultivators stared in the direction of Ye Futian. Where had he cultivated and learned this divine technique?

Boom… An extremely wild storm swept over, lifting a frightening force. Everyone stared over there. Under this storm, many people started retreating, worried that this attack would reach them. It was as if no force could withstand near Ye Futian.

The second ruler was released. Thousands of arms appeared behind Donghuang Diyuan, and she stabbed with the divine sword simultaneously, attacking the thousands of ruler silhouettes that Ye Futian sent down.

Boom, boom, boom… The horrible sounds continued. The sky and earth cracked and collapsed. That unsurmountable force overpowered everything. “The aura is stronger now. The Three-Ruler Law, could the three rulers determine the universe?”

Everyone stared at Ye Futian. In this case, would the next ruler be the strongest attack, enough to destroy all?

At this time, even Donghuang Diyuan’s expression was extremely grave. Supported by the Divine Power, she pushed her force to the max!