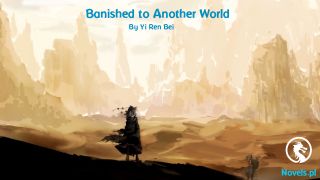 «The King of Hell’s Genius Pampered Wife (Web Novel) - Chapter 1138: The Other Person

Chapter 1138: The Other Person

Of course, he knew that in [Illusive Forest], besides himself, there was another person who pushed Xi Yue.

But at that time he only saw 1 hand, but he didn’t see the person’s true face in the smoke.

At this time, this unremarkable woman suddenly appeared in front of him. Chen Jiancheng couldn’t recognize it at first.

But as soon as she mentioned Illusive Forest, Chen Jiancheng remembered it completely.

Because the identity of the woman in front of her was very special, if it weren’t for her unrecognizable face, Chen Jiancheng would not have recognized it at all.

He trembled, “Feng… Feng Yunqing, you are Feng Yunqing! The other person who pushed Xi Yue in the Illusive Forest was you?”

Feng Yunqing smirked with a ruthless expression, “Yeah! That’s the easiest and most likely chance to kill Xi Yue, but I didn’t expect that he would be so lucky to survive that.”

Saying that, she looked at Chen Jiancheng, “You’re now in desperation due to Xi Yue, don’t you want to take revenge on him?”

“Of course I fucking want to!” Chen Jiancheng gritted his teeth and shouted, but he quickly lowered his head in frustration, “But I can’t be admitted into the Miracle Healer Academy at all. Xi Yue is brilliant and excellent. How… how can I revenge on him?!”

Feng Yunqin smiled softly and said, “Don’t worry, you will definitely be admitted into the Miracle Healer Academy.”

Saying that, she threw out an inscribed jade slip, “You live in this place first. I will find you when I need it.”

“What do you mean by that?” Chen Jiancheng chased after excitedly.

Chen Jiancheng clenched his fist, and his expression was unpredictable. He was happy for a while, excited for a while, and worried and fearful for a while.

He stood there for a long time before turning around and heading toward the spot marked by the inscribed jade slip.

The square in front of Miracle Healer Academy was crowded with people watching the results and joining in the fun.

Especially the inns where the admitted students live would be full of lights and drums. They wished to tell that their inns had the best feng shui in the Miracle Healer City.

What shocked everyone this time was that everyone who survived the second assessment was actually on the list.

Many of the Meridians Stage martial artists who took part in the assessment, handed in very poor things, had no hope at all, but they suddenly found out that they had been admitted. They immediately burst into tears.

And their gratitude to Xi Yue and Wei Chengyuan reached the max.

If it wasn’t for Xi Yue and Wei Chengyuan, they would probably have been wiped out. How could they be so lucky to be admitted into the Miracle Healer Academy.

Hexi was not interested in watching the ranking, but Qing Luan and Bai Hu insisted to bring her here.

Seeing her score, Hexi nodded with satisfaction. it seemed that the Miracle Healer Academy was indeed fair.

She glanced and saw the person who got the top 1 - Wei Chengyuan. She just smiled slightly.