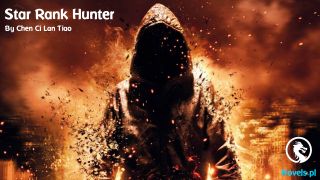 Ah Dai ran towards Xiang Yi and exclaimed, “How are you, Xiang Yi? I’m Ah Dai!”

Xiang Yi nodded to greet her. When she smelled the faint scent of catnip on Ah Dai’s body, she said politely but distantly, “Hello.”

“This is my cat, it’s called Pudding. It will be working with you today, please take good care of it, Xiang Yi~” Ah Dai pointed to the cat bag on the ground, which wasn’t far from her.

There was a cartoon print on the cat bag, which was round and adorable.

However, the cat bag was a little too small for Pudding and there were air holes only on the front and the bottom.

Its face was pressed against the transparent frame on the front of the cat bag and it was panting heavily with great difficulty. It’s large face was stiff and it resembled a pancake, looking stupid and silly.

Ah Dai’s fans in the livestream were screaming. [Pudding is so cute!!]

Xiang Yi frowned slightly and politely reminded, “Why don’t you let Pudding go out to get some fresh air? You can also let it get familiar with the set.”

She was… very confused.

“Meow meow meow!” In the nanny van, Xiao Naofu leaped off the seat and skipped around to play.

Seeing Xiang Yi’s cat behaving so wildly, there was a trace of disdain in Ah Dai’s eyes.

‘How can such a tacky cat be worthy of being compared to mine?’

However, Ah Dai began to panic when she saw the comments in the livestream.

——[This is what macho men should be looking at!]

— [Oooooo it’s so small. It seems to be smaller than my palm]

——[I feel that mischievous cats are pretty good too. Pudding is just too obedient that I find it a little uninteresting sometimes~]

Ah Dai was a little flustered, for fear that Xiao Naofu would steal Pudding’s limelight. Hence, she started interacting with her fans. “I’ll let Pudding out then. Pudding can great its dearest Daddies, Mommies, Uncles, and Aunts later!”

As soon as they heard that Pudding was going to come out, the comments and rewards given to Ah Dai in the livestream increased again.

“Pudding, come let Mommy hug you.” Ah Dai picked up Pudding with one hand, after which the ragdoll cat skillfully hugged her neck, However, it had a good camera sense and began meowing at the screen.

Ah Dai’s was very slender, thus making Pudding look incredibly fat in comparison. It looked just like a piglet, which was a jarring visual contrast.

“Ah, it’s time for Pudding to lose some weight.” Ah Dai pretended to lament, “If you continue staying so fat, you will become a kitty that no one likes.”

When the fans heard this, they started teasing one after another.

Ah Dai was about to say something else when the director who was shooting today’s commercial, came over and asked Xiang Yi to familiarize herself with Pudding.

“Pudding, be good.” Ah De instructed. As if it were human, the ragdoll cat reluctantly tugged on her clothes. It rubbed its head against her like a coquettish and clingy cat.

When Ah De handed Pudding over to Xiang Yi for her to hold it, the originally docile ragdoll cat became brutal all of a sudden.

“Ow!” Pudding struggled and refused to be held by Xiang Yi.

Ah Dai took Pudding back again, “Ah, Pudding has a different personality from your cat. It’s a little introverted, let me coax it first.”

Her words had successfully provoked the fans.