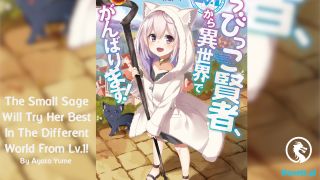 The fans were full of adoration and glee.

‘Look, they must be the sweetest and realest couple of the entertainment industry, huh!?!’

The Shisui Sisters and Spicy Rabbits were somewhat perplexed.

They couldn’t help but let their imagination run wild.

‘Could it be…that there’s really something going on between them?’

All of a sudden, both their fan bases were discussing what to do if they were really dating each other.

On the other hand, Dong Mei was also mocked and slammed by numerous netizens.

—— [What a joke. You don’t even know who Shi Sui is. Trust you to call him an assistant at every turn. Do you know that you’re twisting facts by doing this?]

—— [How did the rainbow-haired Ah Nan offend you? His hair is clearly very artistic. It’s a hair color that ordinary hairstylists can’t create!]

—— [The owner of that post is really annoying by acting so smugly after thinking that she’s outwitted everyone. Xiang Yi may be a celebrity but she’s also a patient. All things aside, secretly taking photos of others without permission is just an immoral act.]

Looking at the hateful comments all over the screen, Dong Mei’s expression stiffened.

The public opinion on the Internet was volatile and ever-changing. One might be enjoying endless support from others and trampled to the doldrums in the next moment.

She deleted her latest post and tried to pretend that nothing had happened.

She didn’t expect the netizens to curse at her even more aggressively!

—— [Are you there? Why aren’t you showing yourself? Are you paying respects to your mother’s grave?]

—— [Secretly taking photos of others without their permission is illegal. Be careful, you might receive a warning letter from Attorney @Bunny’sBigBrother]

Dong Mei panicked and typed a comment while trembling.

[@TheFragranceOfPlumBlossomsComeFromTheBitingCold: I’m just an ordinary single mother, I happened to run into those celebrities when I accompanied my child to the hospital! I don’t know anything about the entertainment industry, and I was just making mindless criticism but I didn’t expect it to attract attention! Let me off and stop slamming me!]

As soon as she posted that statement, everyone’s heart went out to her upon learning that she was a single mother.

All humans are compassionate. It is quite tough for a woman to raise her child singlehandedly. Hence, many netizens not only stopped slamming her but also deleted their spiteful comments.

Dong Mei heaved a sigh of relief when she saw that the comments section gradually became calm.

Suddenly, she heard a nurse yell, “Whose child is this? Why isn’t anyone keeping an eye on him!?!”

Dong Mei walked over in hopes to see a dramatic scene but to her astonishment, the child who had fallen down the stairs was her son!

Her son’s knees were bruised and hands were scraped.Even his IV bottle had been broken and the spot on his hand, which the needle had been stuck into, had started bleeding. It was a frightening sight and the nurse was carefully pulling the needle out for him.

“Mommy, it doesn’t hurt.” His eyes were brimming with tears. “I couldn’t find you, where did you go?”

The people around cast strange glances at them, seemingly chiding her silently.

Anger and irritation surged from the bottom of Dong Mei’s heart. “Who asked you to look for me?! If you had stayed there quietly while being put on the drip, would you have fallen? All you do is cause trouble for me every single day!”

Her son trembled with fear and said timidly, “I just… I just wanted to go to the washroom…”

An elderly lady interjected in displeasure from the side, “How can you leave such a young child alone? You’re such a careless mother!”

“It’s none of your business, old hag!” Dong Mei hollered at her while grabbing her son by the collar on the back of his shirt. “How irritating. You’re already so old, can’t you go to the washroom by yourself?”

Her son, who had a full bladder and was urgently in need of relief, was so frightened by the yanking that he immediately peed in his pants.

What he got in response was a slap on the face by his mother!