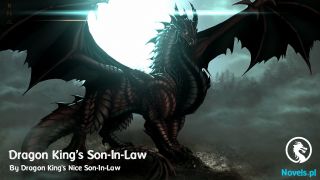 «The Idol Group Pet Became a Final Boss! (Web Novel) - Chapter 339: I Disagree to This Marriage

Chapter 339: I Disagree to This Marriage

She parted her cherry-like lips before closing them again. “No… He’s not…”

Shi Sui suddenly put an arm around her shoulder, leaving her at a loss for words as she looked at Shi Sui in puzzlement.

Shi Sui kept a straight face and bent forward to whisper something into her ear.

Shi Sui said that he didn’t want to disappoint Xiang Yi’s grandmother since she was in such high spirits, and that he could pretend to be her boyfriend in order not to dampen Old Mrs. Xiang’s mood.

Although he sounded as if he was sparing a thought for Xiang Yi and her grandmother, Xiang Yi felt that something was amiss.

The viewers of the livestream who shipped the two of them were speechless and shocked!

—— [The ugly husband is meeting the parents now, huh?!]

—— [Official announcement? Grandma Xiang called Shi Sui her grandson-in-law, but he didn’t deny so that means he has admitted to it!]

Old Mrs. Xiang couldn’t help but cover her mouth and snicker when she saw them behaving intimately with each other.

Old Mrs. Xiang had always thought that girls should experience a few relationships in order to become more mature at handling relationships.

However, in the eyes of Xiang Yin…

Xiang Yin glared at them with his eyes wide open and hollered, “Scoundrel! Take your hands off her! Now!”

Xiang Yi was so shocked that she suddenly shivered.

Shi Sui tightened his grip on her shoulder.

Xiang Yin stopped taking photos of the greenery and charged over aggressively while swinging his cane against Shi Sui.

Shi Sui didn’t dodge either and simply took the hit.

Xiang Yin hit him rather forcefully, and even Xiang Yi could hear the loud thud of the cane hitting his flesh.

Xiang Yin ignored the both of them and cursed at Shi Sui furiously. “Don’t touch Xiang Yi! She’s such a nice and adorable girl, you’re not worthy of her at all, rascal!!! Don’t try to play tricks. As long as I’m alive, you will never be able to abduct her!”

He took a breath and added viciously, “No man can!”

Some of the netizens watching the livestream were worried when they saw that scene, while others gloated.

—— [Wow, Grandpa Xiang is so fierce. That must have hurt.]

—— [So fragile… Grandpa, stop abusing them, will you?]

—— [What is this old man being so haughty for? Who are you to look down on Shi Sui? Come on, your granddaughter is the one who isn’t worthy of him, okay?!]

—— [Wonderful, Old Mr. Xiang, you must break them up! I’ve long detested Vase Fairy! What right does she have to enjoy all the benefits? Let her die alone as an old spinster! Hehe]

As a director of a variety show, he was good at judging the expressions of others.

The way one looks at someone they genuinely adore is completely different from that of actors acting out a romantic scene as an on-screen couple.

He could long tell that Shi Sui had a thing for Xiang Yi.

Shi Sui had been too careless this time!

He managed to win Old Mrs. Xiang’s favor but ended up angering Xiang Yin and making Xiang Yin detest him. It was simply a huge loss.

When Xiang Yin swung his cane at Shi Sui again, Xiang Yi tugged Shi Sui backward with one hand and clutched Xiang Yin’s cane with the other.

“Grandpa, you’re mistaken, I’m not going to his home.”

Xiang Yin hollered, “Are you going to let him marry into our family?!”

Xiang Yin barked in exasperation, “I don’t agree to this marriage!!!”

He straightened his back and waited for Xiang Yi to promise him that she would draw a clear line between herself and Shi Sui in the future.

In the next second…

Xiang Yi swallowed her saliva and dragged Shi Sui along with her as she dashed away.

The netizens were dumbfounded.