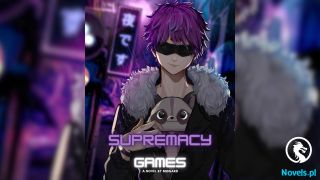 «The Idol Group Pet Became a Final Boss! (Web Novel) - Chapter 734: I like you the most

The movie was still going on, but no one paid attention to the content. It was completely reduced to the background sound.

The distance was close, and it was ambiguous.

The young girl’s beautiful deer eyes were filled with tears.

She did not remember how many times she was forced to say “I like you the most.” Xiang Yi was so shy that her entire body trembled slightly. The tips of her fingers and toes curled up unconsciously.

Shi Sui caressed her cheek and kissed her from the side, one kiss after another, gently and affectionately.

The feeling of touching each other was wonderful and moving.

“Shi Sui…” Xiang Yi was so sleepy that her eyelids were fighting. She called out to him in a soft voice with a nasal tone, “You’ll have me in the future.”

“…”her heart felt as if it was hit by something. It did not hurt, but it felt like it was wrapped in soft and warm cotton candy.

It was filled with sweetness.

It was as if all her flaws, darkness, and bigotry had been saved at this moment.

The thousands of gray clouds dispersed, and in her heart, there was only the gentle and soft little girl in front of her.

She had fallen asleep.

Her fingers were still unconsciously grabbing the corner of his shirt.

Perhaps she had been bullied too harshly, but there was still a hint of red at the end of the girl’s eyes.

Shi Sui gently wiped his fingers twice and replied in a low voice, “Yes, I love you. I Only Love You.”

A chinese-american director, Mu Si, yawned as he looked up from a pile of manuscripts. His face, which had stayed up all night, looked particularly haggard.

“It’s finally done…”his new movie was currently in the midst of filming. It was a standard western commercial blockbuster style, but it had incorporated the traditional elements of China. Eastern and Western cultures collided and created a strong chemical reaction, just a few Reuters photos had been released, and the major media outlets had already sealed their verdict. This was going to be the highest-grossing movie in the world this year!

But outsiders did not understand Mu Si’s pain.

How to combine business and art was a difficulty that every director would encounter.

The early stages of filming were very smooth. It had always been getting better and better, but recently, it had met with trouble.

He had integrated the elements of kung fu into the film. He wanted to create the elegant and classical feeling of a traditional eastern swordsman, but several versions of the martial arts director’s design could not meet his requirements.

The budget was limited, so mu si could not stay stuck here forever. Now, he was faced with a choice.

Was he going to make do or persevere?

“Sigh…” He looked at the messy storyboards on the ground and drank the coffee left in the quilt.

It was already cold, so bitter that he frowned.

Forget it, I’ll relax for a while.

Mu Si took out his phone and refreshed his social media app. He slid down the list of followers and liked it from time to time.

When he scrolled to an overseas Chinese official account, his fingertips suddenly stopped.

Mu Si’s interest was piqued, and he clicked on the video below.

What greeted his eyes was a martial arts school.

Mu Si’s first reaction was — the taste of decoration was too terrible! The nondescript ancient style was simply an aesthetic disaster!

But very quickly, his attention was attracted by the young girl in the video.

The two of them each held a wooden sword. Not to mention anything else, just their looks alone were pleasing to the eye.

Mu Si, who was obsessed with looks, was extremely satisfied.

The next second, the two of them began to fight…

Before he could finish watching the video, he suddenly stood up and dialed his assistant’s number.

“Book me a ticket to China! Immediately!!”