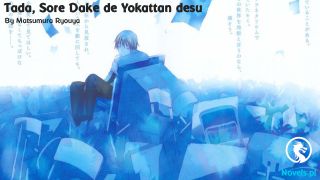 «The Great Genetic Era (Web Novel) - Chapter 258: It Looks Like You Guys Are Not Afraid

Chapter 258: It Looks Like You Guys Are Not Afraid

The audience in the arena and the live broadcast were all looking forward to the answer.

That was because on the surface, it was possible to say that it was Xu Tui who won. After all, the second-year Dragon, Dai Lijun, had lost a leg.

It was also possible that the second-year Dragon, Dai Lijun, had won.

Xu Tui’s legs had also been broken by Dai Lijun. He had even been whipped into the sea of fire. The lower half of his body, which lacked the protection of an energy field, had been scorched by the flames.

The temperature of the sea of fire was extremely high. At that time, Xu Tui’s mental shield and energy field had completely blocked Dai Lijun’s Sea of Fire and Fire Snake’s fireball. He could no longer control his lower body.

However, there was nothing he could do about it. Xu Tui had only cultivated for a short period of time. He had already worked hard enough.

All the audience’s attention fell on Qu Qingshan, who was temporarily the chief referee.

In the live-streaming room, the comments flooded the screen, causing many students who were afraid of missing something to turn off the comments.

The final result was a little vague. If he made a bad judgment, he might attract unnecessary trouble. After all, he was only an associate professor in the School of General Senses. His prestige and influence were still lacking.

Otherwise, he wouldn’t have become the main force in the tough job of being the referee of the Longhu Overall Rankings!

“Students, the results of the battle between Xu Tui and Dai Lijun were a little unclear. I am unable to make a judgment on the spot. Therefore, as the referee on duty, I will send the video of this battle to the school’s specialist group.

“At the same time, because the teachers on duty on both sides had intervened in time to protect the challengers, the timeline still needed to be set in slow motion. It will take about five to ten minutes,” Qu Qingshan announced loudly.

With that, Qu Qingshan immediately contacted the relevant people. This was an era of efficiency. The time of the specialists was even more precious. It was impossible for them to casually gather for a meeting or to study something.

Through the direct information processing, specialists immediately studied the battle videos and gave their judgment.

All the students who were watching the battle also looked forward to it.

Who was the winner?

Many students made a bet. There were also quite a number of students who quarreled over the issue of who won and who lost.

In the office of the Mystery Branch building, Zheng Shaohong pursed his lips tightly and turned off the live broadcast with a disappointed expression.

At this point in the battle, victory and defeat were meaningless. Especially for Zheng Shaohong. Back then, his request was for Dai Lijun to slap Xu Tui on the stage of the Longhu List. He did not explicitly say that he wanted Dai Lijun to kill Xu Tui, but at the very least, Dai Lijun wanted Xu Tui to completely lose his ability to fight.

That was because only then could the first-year supernatural-type seeded players challenge each other normally and obtain a ranking. Then the first place of the Supernatural Branch’s teaching assessment was guaranteed!

But now, both Xu Tui and Dai Lijun are injured. Although Xu Tui’s injuries had worsened and even his leg looked like it was broken, in Zheng Shaohong’s opinion, as long as Xu Tui could move, he would not let the matter rest.

Zheng Shaohong did not want to think about whether it was because of the warning. At this moment, he had already reached his limit. His only doubt was whether his student, Dai Lijun, had used his full strength.

From the looks of the battle, Dai Lijun should have used his full strength. However, Zheng Shaohong felt that Dai Lijun’s methods in the arena were not enough.

At the same time, Wen Xinglun, the principal of the Huaxia Genetic Evolution College, Han Qingsong, Wei Dajiang, and the others also turned off the live broadcast.

Suddenly, there was a knock on Wen Xinglun’s door. A few seconds later, the dean of the Academic Affairs Office, Yan Chen, arrived.

“This matter had a huge impact. Based on the current data, almost all the students in the school were discussing this matter.

“Should the school intervene and guide them?” Yan Chen asked.

The smile on Wen Xinglun’s face faded slightly. He asked directly, “Did Zheng Shaohong look for you?”

“No, it’s a few associate professors from the Supernatural Branch.”

“This… The main idea was that Xu Tui was too arrogant. He directly suppressed the freshmen of the Supernatural Branch until they could not lift their heads.”

“Their actions are within the rules. It’s a strategy,” Yan Chen replied.

This time, Yan Chen did not answer.

“Old Yan, remember, when we manage this school, we must not have double standards! Since everyone is acting within the rules, we will follow the rules. Don’t use the rules to trick yourself, but use public opinion to influence Xu Tui’s actions!

“Besides, do you think our students are idiots? Elites, they are the true elites in this world. You can’t fool them!” As he spoke, Wen Xinglun’s tone had a hint of reprimand.

“I understand, Principal. Since the actions of both sides are within the rules, we will follow the school’s style. We will not interfere.” Yan Chen nodded.

“Yes, pass on what I said about double standards to those teachers of the Supernatural Branch!”

“Dai Lijun won this battle. Xu Tui lost! Reason: Dai Lijun only has a broken leg. He still has the strength to fight. If An Xiaoxue did not intervene in time, Xu Tui would be in a life-and-death crisis.”

After sending the conclusion to Qu Qingshan, Wen Xinglun suddenly stood up and walked to the window. He looked in the direction of the Longhu List arena.

“A first-year Dragon fought a second-year Dragon to the point where both sides suffered. I didn’t expect that after so many years, our Huaxia Genetic Evolution College would produce such a monstrous genius…”

On the stage of the Longhu List, the medical team that had rushed over to wait for orders split into two groups and rushed onto the stage.

A group of people immediately treated Dai Lijun’s severed limb, stopped the bleeding, and treated it at a low temperature. They carried Dai Lijun to the medical bed and sent him to the emergency center for a limb replantation surgery.

The other group of people rushed forward and gave Xu Tui a large dose of low-temperature burn spray to reduce his injuries.

“Your left thigh is fractured, and your right leg bone is fractured. You need to go to the emergency center for a minimally invasive bone correction surgery. At the same time, we have to clean up the injured and dead tissues in the legs and deal with the burns. Then, we’ll undergo epidermis and skin grafts.” A doctor immediately made a judgment.

“There’s no need to undergo epidermis. You can arrange for the skin grafting surgery directly. I can provide it here,” An Xiaoxue suddenly said.

The doctor-in-charge glanced at An Xiaoxue and nodded. He waved his hand and was about to carry Xu Tui onto the medical bed and send him away when Xu Tui shouted.

“No, I’m not leaving! I still have unfinished business!”

“I won’t die if my injuries are treated later.” Xu Tui had a determined expression.

The doctor in charge looked at An Xiaoxue. An Xiaoxue only said, “Follow his wishes.”

“Do you need a painkiller?”

“Xu Tui, you’re a little stronger than I imagined. Your tactics are also more flexible. You’re an opponent! Let’s fight again when we have the chance.”

Dai Lijun arrived in front of Xu Tui before he was carried away.

“I should be considered to have lost today’s battle! After I cultivate for a few more months, I’ll fight you again! At that time, you will still be carried away, but I will stand in the arena and watch you be carried away,” Xu Tui said with extreme confidence.

Dai Lijun was slightly stunned. A trace of shock appeared on his cold face.

“Alright, I’ll wait for you! You better work harder. Otherwise, you’ll become a human-shaped barbecue in the next battle!”

Dai Lijun was carried away by the doctor. Soon, the wheelchair that Xu Tui wanted was brought over. He was also given a painkiller.

The painkiller was also very effective. Xu Tui, who had been in so much pain that his teeth had cracked when he moved, suddenly felt much more comfortable. The pain had become very mild. He sat on the wheelchair and used his mind power to push the wheelchair. Xu Tui, who was in the main arena of the Longhu List, suddenly waved his arms and roared again.

“The first-year supernatural-type seeded players, my legs are also broken. I can be said to be covered in injuries. My mind power has been consumed by less than 30%. What about you? Do you dare to obtain a ranking on the Year One Longhu List and fight me, Xu Tui?

“Do you have the courage or not! I, Xu Tui, have only been in school for three months. I did not cower when I was challenged by a second-year student. You guys…”

Xu Tui had yet to finish his sentence when the first-year supernatural-type seeded candidates, who had stopped challenging the rankings because of the battle between him and the second-year Dragon, Dai Lijun, stepped onto the ten small arenas.

The ten small arenas were instantly filled up by them. The subsequent challenges were also filled up.

“Peter, I want to challenge you. Come and fight me!”

Che Zhan who was standing in the ring roared at the second place on the Longhu List, the Tiger Peter.

Peter jumped into the ring.

Xu Tui, who was sitting in a wheelchair in the main arena of the Longhu List, suddenly changed his tone and gave Che Zhan a thumbs up.

“It looks like you guys are not afraid,” Xu Tui said.

However, Wen Shao was no longer around the arena. He had also left.