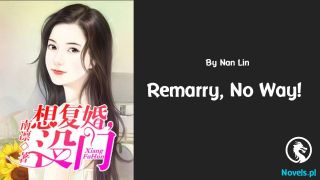 Chapter 257: Battle of the Two Dragons

“Both sides, get ready. The countdown on the projection screen will begin.” In order to show fairness, Qu Qingshan was still the one presiding over the competition.

The moment the five-second countdown projection appeared, the three Alloy Silver Pills and the flying sword instantly rose into the air and slowly circled above Xu Tui’s head.

Dai Lijun did not make any unnecessary movements. His hands were slightly extended, and the two large red crystals on his index fingers were exceptionally dazzling.

In the next moment, the countdown ended and the light screen dissipated.

Almost at the same time, Xu Tui focused his gaze and entered the 0.2 millisecond time distortion.

It was short. Most people could not tell the difference. Everyone who was watching the battle only had one feeling—Xu Tui’s silver pills had flown out so quickly.

Zheng Shaohong, Wen Xinglun, and the others who were watching the battle also frowned slightly.

Xu Tui’s attack speed was a little too fast for them. Or was Dai Lijun a little slow? Or had he given way?

The distance of ten meters from the standard combat position was too short.

Xu Tui’s Alloy Silver Pill arrived instantly. He threw out the mental chain, and the flying sword instantly spiraled into the distance.

In an instant, the three Alloy Silver Pills exploded into hundreds of silver lights. This was the Explosive Silver Pill.

Dai Lijun did not panic at all. With a flick of his finger, a ball of flames suddenly appeared in front of him and exploded. However, what was extremely strange was that the waves of flames did not explode in all directions. Instead, they fanned out towards the silver light in front of them.

Under the intense shock wave and high temperature, the silver light from Xu Tui’s Explosive Silver Pill seemed to have encountered an invisible barrier. It instantly slowed down.

A few fragments broke through the Directional Flame Explosion, but when they reached Dai Lijun, they still landed silently.

However, Xu Tui did not stop his attacks.

Xu Tui would definitely not abandon the opportunity that he had seized with the absolute reaction time. He spread out his palms, and one after another, the Alloy Silver Pills soared into the sky and roared as they shot towards Dai Lijun.

They would either bombard or explode.

Xu Tui began a high-frequency continuous attack on Dai Lijun. It made Dai Lijun defend with all his might.

Unfortunately, Xu Tui had already tried it before. He could only use the Time Distortion skill for about two seconds after he used it. Otherwise, under the continuous use of Time Distortion, Dai Lijun would definitely be unable to retaliate.

Silver light exploded in the sky! Explosions sounded one after another. Dai Lijun seemed to have fallen into a passive state.

In the distance, Xu Tui’s flying sword had quickly completed its strategic acceleration and started to turn around.

The scorching heat instantly assaulted Xu Tui’s face, threatening to incinerate him. However, he seemed to have been prepared for this. He took a step forward and leaped into the air. He stood three meters in the air and barely avoided the sea of fire.

Xu Tui had practiced the ability to step on air. He was just using his mind power to create a stepping stone. The key was that when he stepped on it, he had to use his mind power to support his body. It had a higher requirement on the strength of one’s mind power.

Xu Tui was still unable to reach An Xiaoxue’s level. However, it was not a problem for him to stand in the air.

At this moment, two beams of silver light shot toward Dai Lijun.

Dai Lijun clenched his left hand, and a flame whip that was dozens of meters long appeared in his palm. The flame whip shook and whipped into the air.

Xu Tui’s mind power trembled. The two silver pills that were rapidly attacking him suddenly lost contact with his mind power. Without the drive of mind power, the speed of the two silver lights decreased drastically.

The silver light turned into a silver pill.

It was not a flying sword!

Everyone was a little surprised.

Xu Tui did not have the time to be surprised by the ability of Dai Lijun’s flaming whip. The flaming whip was actually able to sever the connection of his mind power. It had a similar effect to Xu Tui’s mental whip.

The moment the silver pill flew out again, Dai Lijun had already launched an attack on Xu Tui.

The moment the flaming whip in his left hand whipped toward Xu Tui, he waved his right hand. A fire snake immediately rose from the sea of fire on the ground.

The moment the fire snake appeared, the sea of flames on the ground became even stronger.

The moment the whip struck its target, the flames on the whip exploded! There was a slight cracking sound and the smell of burnt flesh.

He felt a sharp pain!

Xu Tui felt that one of his legs might have been broken. Not only was his leg broken, but Dai Lijun’s flaming whip had also sent him flying into the sea of fire on the ground.

Time Distortion not only allowed Xu Tui to have an absolute reaction time of 0.2 milliseconds, but more importantly, the pain in his broken leg seemed to have been weakened by an infinite delay.

The pain did not affect Xu Tui much.

The strengthened version of the mental whip lashed out continuously. The four silver lights that were circling in the sky shrieked at the same time and blasted towards Dai Lijun, producing a sonic boom.

Dai Lijun sneered at this. The fire snake in the sea of fire opened its mouth and spat out another huge fireball at Xu Tui.

Dai Lijun was certain that he did not need to attack Xu anymore. This fire snake could take care of Xu Tui, who had broken his leg and fallen into the sea of fire. With a shake of his left hand, the flame whip suddenly expanded to nearly 50 meters in length, directly creating a circle of fire in the void above his head.

Without the guidance of his powerful mind power, these small silver pills and flying sword could not cause any effective damage to him. However, it was also at this moment that the wave of fire created by Dai Lijun’s flame whip suddenly trembled violently.

It trembled three times in a row!

This was the reason why Xu Tui had used the mental whip attack.

Xu Tui was certain that Dai Lijun’s mind power was very powerful. Even if Xu Tui whipped him with his mental whip, the impact on him would probably be negligible.

With a slash of the mental whip, Dai Lijun’s flaming whip began to tremble and disintegrate.

In the 0.2 milliseconds that Xu Tui had gained from the Time Distortion, he instantly lashed out with three slashes of mental whip.

Xu Tui’s fastest reaction speed was 0.1 milliseconds. In other words, he did not need to use his body’s muscles to react. Xu Tui could use his mental whip twice in 0.2 milliseconds.

Almost at the same time, the length of Dai Lijun’s flaming whip began to rapidly disintegrate. It disintegrated from 50 meters to 10 meters in an instant. The waves of fire that were formed directly protected all the airspace above his head. However, the disintegration of the flame whip caused a large area of the sky above his head to become empty.

The four streaks of silver light formed by the flying sword and the three Alloy Silver Pills instantly shot forward.

Two of the silver lights blasted Dai Lijun’s head from the left and right. The other two, however, were rapidly interspersed with different directions.

Almost instantly, Dai Lijun covered his upper body with a flame shield that was about six centimeters thick. However, this flame shield was completely different from the flame shields that Xu Tui had seen before.

This flame shield had a strange structure. It seemed to have been compressed to the extreme. While it emitted a high temperature, it also looked like an extremely thick layer of crystal.

It could be called a Flame Crystal Armor.

Silver light blasted in! It only went in less than four centimeters before it fell into it.

At the same time, the silver light revealed its form.

It was the Alloy Silver Pill!

It was not Xu Tui’s most lethal flying sword.

At the same time, two silver lights flashed past Dai Lijun’s legs. Blinding flames erupted from his legs at the same time. His mind power surged and he immediately activated the Directional Flame Explosion.

However, it was already a little late.

Blood spurted out and Dai Lijun fell to the ground.

Although all this seems to have happened for a long time, it had not even been a second since Xu Tui’s legs had been broken by the flaming whip and he had been sent into the sea of fire. Then, Dai Lijun’s flaming whip had been destroyed by the mind power, and the flying sword attacked.

The moment Dai Lijun’s broken leg flew up, An Xiaoxue’s mind power, which she had been preparing for a long time, instantly reached out and wrapped around Xu Tui. She lifted him up from the sea of fire.

The battle between the two dragons had ended. However, the audience in the arena and on the Internet were all dumbfounded!