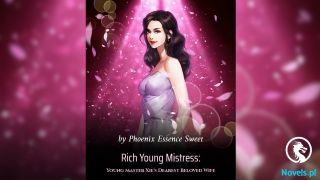 Hearing Lucas persuading Ashley to stay, her former classmates looked at him with even more disdain and contempt.

How dare this pauper try to use Ashley to get into our circle? He must be dreaming! they thought.

To put it bluntly, if it wasn't because Ashley was their former classmate, Lucas wouldn't even have the qualifications to speak to them because he was so poor.

A few of them rolled their eyes, completely despising Lucas.

Ashley was stunned to hear that Lucas wanted to stay, but she immediately understood why.

If not for her, he wouldn't have deigned to interact with them and put up with their insults and mockery.

Thinking of this, Ashley felt touched.

Seeing this, Allie hurriedly said, “Ashley, since your husband has agreed, just come with us!”

After thinking about it, Ashley said firmly, “Okay, we'll go with you guys on account that we were classmates. But first things first, if you guys continue to be rude to my husband and insult him, I will sever all ties with you!”

Hearing this, everyone showed some disdain on their faces.

If Ashley was still an heiress of the Steeles, they would have definitely agreed. In fact, even if she didn't say anything, they naturally wouldn't offend her and Lucas.

But Ashley had already been driven out by her family and couldn't even compare to them in terms of family background now. What right did she have to put on airs and give them orders?

Allie said, “Alright, everyone. Since we're classmates, let's not spoil the atmosphere anymore!”

She glanced at her classmates, telling them to stop angering Ashley at this juncture. Then she said, “Ashley, we drove here, so you can go with us! Let the men go in their own cars. We don't have to worry about them.”

She pulled out a car key and pressed it. Soon, the lights of a white BMW 7-Series sedan lit up.

Some classmates immediately praised her with looks of envy.

Allie said proudly, “It's just an ordinary car that costs around a hundred grand. Next year, I'll get a more expensive car and take you guys out for a spin!”

Allie's family was quite affluent, though it was only a third or fourth-rate family. But no matter what, they still had a net worth of tens of millions, so Allie wasn't actually bragging about buying a more expensive car.

Carrie immediately moved to Allie's side and held onto her arm affectionately. “Allie, you're amazing. Since you're so rich, don't forget us old classmates when you come across any good opportunities in the future.”

Meanwhile, a few of the men changed the way they looked at Allie.

Although Allie's looks were average, she was rich, so it wasn't a bad idea if they could get together with her.

Ashley looked at Lucas hesitantly, wondering what Lucas would do if she left with the women.

Carrie grabbed Ashley's hand and said impatiently, “What are you hesitating about? Let's hurry up and go in Allie's car! Surely you and your boyfriend aren't going to take the bus, right?”

Hearing this, Ashley nodded and got into the backseat of Allie's BMW.

A few of her male classmates had driven here, so they got into their respective cars and took those who didn't drive here. Soon, they left.

Lucas, Peter, and his wife, Vanessa, were the only ones left in the parking lot of the Blue Duke bar.

“Vanessa, wait for me in the car. Lucas and I have a few words to say,” Peter said to his wife gently.

Vanessa looked displeased, but she didn't lose her temper at Peter and got into their luxury car.

Looking at Lucas with raised brows, Peter asked, “Are you really Ashley's husband?”

Lucas naturally wouldn't reveal the true relationship between him and Ashley at this time, so he just nodded and said, “Yes.”

“Divorce her immediately and stay away from her!” Peter said tyrannically.

Indeed, Peter wasn't as calm and composed as he had shown earlier. But why did he want Lucas to divorce Ashley since he was already married?

He couldn't possibly divorce his wife and get back together with Ashley.

More importantly, Lucas couldn't see any love for Ashley in Peter's eyes at all.

When he saw Ashley insulted by their classmates just now, Peter remained silent and even smirked with some contempt. He didn't seem to have any feelings for her.

“Why should I divorce her?” Lucas asked unhurriedly while standing in front of Peter.

“Because I said so. Stop wasting my time with your nonsense,” Peter snapped in annoyance. Then he took out a bank card from his pocket and threw it to Lucas. “There's one hundred grand in this card. Take it as compensation for your divorce from Ashley. As long as you divorce her and never show up in front of her again, the money is yours. You hear me?”

His tone was extremely condescending, as if he was doing charity. He added, “This is probably a few years” worth of wages for you.”

Lucas had only witnessed such scenes in corny TV shows and novels. He didn't expect to be involved in a similar situation one day.

To make things worse, someone actually threw a bank card with 100,000 dollars at him and ordered him to leave a woman.

He really couldn't help himself from laughing out loud.