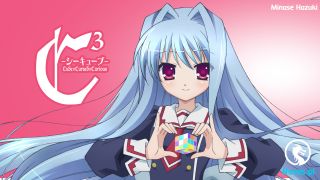 During the entire day of defensive battle, it felt like everyone only needed to lie low in the defensive position and shoot at the enemy. However, it was actually more tiring than it looked.

As some of the soldiers had fired too many shots, their ears were ringing from the gunfire.

Basically, every soldier that had just stepped down from their defensive position duties ended up having to shout at their comrades to get the message across when they headed to the temporary field mess to eat.

It was somewhat funny yet also a little sad.

In the afternoon, when the chow squad had just served some food to a soldier, the soldier shouted, “Give me another scoop of rice!”

That soldier of the chow squad muttered, “If you want additional servings, speak nicely. What are you shouting for?!”

However, the soldiers of the chow squad quickly realized something. The soldiers they were serving had been on the battlefield for too long and could not clearly hear what was being said to them.

Some of the soldiers even suffered from shoulder pain. When they took off their outer jackets, there were bruises all over their shoulders. The bruises were caused by the recoil of their firearms.

It was not like the recoil was that strong, but they had been fighting for too long and had pulled the trigger too many times.

These grown men were not afraid of the cold at all as they laughed and compared whose bruises were more serious. If the bruises on anyone’s shoulder were not obvious enough, everyone would laugh at them for not being serious in the battle and decide they did not kill enough barbarians.

After a day of fighting, everyone’s lips became dry. Some of their lips were even chapped, making each of them look more pathetic than the other.

But even so, they could still laugh at their plight.

No one knew what they were comparing the bruises on their shoulders for. In any case, it was all about being happy.

Just as Ren Xiaosu had said a long time ago, did humans not deserve to be happy after the era of the wastelands arrived? Did everyone in this era have to struggle to survive with a bitter face?

That should not be the case.

In town, no matter how poor an adult was, they would still happily buy pork to make dumplings for their children during the New Year.

Some fathers would even buy sweets from Wang Fugui’s shop and hide them in their children’s pockets to surprise them.

Their lives were very tough, but wasn’t it precisely because humans were a species that was extremely good at finding joy in suffering that they could survive that disaster?

A materialistic lifestyle was never the foundation that determined whether humans were happy.

At this moment, a group of like-minded companions who fought hard to fend off foreign enemies and suffered together was what made them feel at ease.

In a row of latrines, the soldiers of a combat platoon were all squatting inside and taking a dump with great difficulty. When someone finally came out, they gave a roar of happiness which invited jeering from their comrades in the latrines next door.

Sometimes, a man’s happiness could be as simple as this. A recruit maturing into a veteran through constipation, a boy becoming a man through the flames of war, these were the most realistic portrayals of what was happening at this moment.

However, the expeditionary army’s attack this time came even faster and more ferocious than expected.

After a two-hour truce, the expeditionary army’s troops appeared outside the defensive position again.

The soldiers in the latrines were all cursing as they pulled up their pants. “These barbarians are really something. They didn’t even let us finish sh*tting before returning to fight again. What are they in such a hurry for? To eat sh*t?”

There was no sense of “refinement” in this place. Everyone had returned to their most primitive and crude selves, yet they still found each other’s company extremely enjoyable.

Ren Xiaosu watched from afar as these veterans hurried out of the latrines. He suddenly thought of something and turned around to ask Wang Yun, “Um… can you draw away the air from the latrines? The defensive position isn’t exactly big, but it’s not small either. The toilets are way too smelly.”

Wang Yun’s expression changed. “Future Commander, you’re actually asking me to do a job like that?”

After all, there were more than 6,000 people at the defensive position. Could anyone possibly hold their sh*t in until they returned to the Northwest?

Ren Xiaosu said, “Don’t feel insulted. After Ji Zi’ang is done with the tunnel works, I’ll get him to use his power to make a cesspit and bury all this sh*t before digging a new one, so there’s no need to despise each other.”

“Alright.” Wang Yun said with a bitter expression, “But the smell is constantly wafting out. How much mental strength would I need to use to get rid of it?”

Nearby, Zero suddenly said, “You control the air to create an air pressure vortex above the latrines and form a wind tunnel. Once the air pressure vortex is formed, you’ll only need to maintain the updraft every now and then like a tornado. Do you know about wasps? Actually, a long time ago, many scientists believed the surface area of a wasp’s wings was not enough to support its flight. However, it still manages to fly very fast. In fact, a wasp’s wings don’t flap up and down but back and forth at high speeds. That creates a low-pressure vortex around it at a frequency of several hundred beats per second…”

Wang Yun was stunned. “Don’t talk about wasps. Say it more clearly. I know the principle behind it, but I don’t really understand how it works.”

In the end, Zero led Wang Yun straight to the command post to look for pen and paper. Zero forcefully drew a model for Wang Yun and even provided him with some parameters.

After Wang Yun came back, he stood next to the latrines and hesitated for a long time. To be honest, he did not expect that his superpower would one day be used in this manner.

He was a supernatural being, so how did his power suddenly become the new ventilation system for toilets?!

However, Wang Yun was amused as he thought about it. When he started to accept the fact, he actually found it quite interesting.

The air above the latrines started surging. A large volume of air moved upwards quickly and formed a huge low-pressure vortex.

Wang Yun asked, “Future Commander, where do you want it to blow towards?”

The barbarians were nearly physically impenetrable, and they even had heavily armored warriors who were not afraid of firearms. But no matter how good their physical defense was, they could not withstand this smell. The expeditionary army’s commander was almost nauseated by the smell. He wondered if this was the Central Plains’ biological weapon he heard about in legends.

Didn’t Black Robe say that biological weapons were banned in the Central Plains? Why was there still something like that then?

In this confusion, the expeditionary army started retreating. This sight stunned Ren Xiaosu.

Ren Xiaosu chuckled and praised Wang Yun, “Tonight, you’re the hero of our 6th Combat Brigade. With just that smelly attack, you were able to turn the tide of an overwhelming situation.”

Wang Yun said with a dark expression, “Future Commander, don’t say anything yet. It’s grossing me out…”