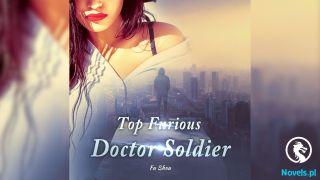 Old Li departed just like that. He had come to Qinghe University to take a look because he was worried about Ren Xiaosu’s nonappearance.

Now that he saw Ren Xiaosu being held hostage, he could finally feel at ease.

Although it sounded awkward, the logic behind it wasn’t.

It was not that Old Li did not care about the safety of these students, but that Luoyang City was in desperate need of manpower right now, so there was really no need for him to waste any more time here.

Moreover, the thug manning the bunker on the roof of the building said that someone he suspected to be a Rider, Li Yingyun, had left the garrison troops’ defensive bunker and hastily departed the school grounds.

The thugs in the teaching block were a little puzzled. The Qinghe troops did not storm the building nor make any response to their attack on the school. Just what were the Qinghe people planning?

“Something’s not right.” The leader of the thugs said coldly, “Send more men up to the rooftop. Li Yingyun has departed from the garrison troops’ position, and no one has made any attempts to negotiate with us yet. They’re likely preparing to assault us. Make sure that if the garrison troops attack, we hold them off no matter what!”

With that, the person next to him led another ten people upstairs.

The thugs were proper professional soldiers, so they knew full well how difficult it would be to attack a school building without using artillery.

The Qinghe Group would probably not resort to artillery either. After all, there were still several hundred students here. If they fired at them, the thugs might not die, but the students would definitely get wiped out.

The Qinghe Group would surely not be willing to bear the pressure of the public’s opinion by killing their own students, right?

The leader of the thugs still felt a little uneasy. He somehow felt that something had gone wrong somewhere. Old Li’s quiet departure still gave him some sort of an ominous feeling.

“Drag a student up to the roof of the building and kill them in front of the garrison troops.” The thugs’ leader sneered and said, “I’d like to see just what they’re up to.”

“The higher-ups want us to drag out the situation until evening. If we act on our own like this and cause the garrison troops to respond with some drastic measures, it won’t be good if we disrupt the higher-ups’ plan,” his deputy next to him said.

“I want to follow the original plan too, but Li Yingyun’s unexpected response is making me a little uneasy. Just do as I say and kill a student to test their reaction. It shouldn’t be a problem.”

The deputy immediately led some men to the lecture hall. The moment he entered, the noisy classroom fell silent, the students waiting like lambs to the slaughter.

The deputy sneered and said, “We’ve already shown the recording to the Qinghe Group, but they didn’t react. Look, we’ve already expressed our sincerity, but they won’t accept it. They could have just handed over the satellites to us, but the Qinghe Group doesn’t seem to care much about you people. Men, grab a student and bring them up to the roof!”

The two thugs next to him grabbed a girl near the door and tried to pull her outside. The girl struggled hard, but how could she possibly be a match for these thugs?

The girl cried out, “Where are you taking me? What are you trying to do!”

The students beside her just stood there quietly. A few of the boys wanted to step forward, but their bodies only jerked forward a little. In the end, they still could not find the courage to speak up against the thugs.

When this voice rang out, even the thugs were stunned. The deputy turned to look at the crowd of students, and his gaze landed upon Ren Xiaosu ,who said those words. It wasn’t that he had identified Ren Xiaosu at a glance, but the moment Ren Xiaosu spoke, the students around him quietly stepped away and cast the attention on him. They were all afraid the thugs would identify the wrong person.

The deputy looked at Ren Xiaosu with interest. “You want to be a hero? Sure! Bring him up to the roof together with the girl.”

When some of the students saw it was Ren Xiaosu, they were stunned. “Isn’t that the guy attending class in place of Zheng Hang? Why is it him?”

Some of Yang Xiaojin’s classmates were also among those who had been locked in here. They could never have expected the person who stepped forward so bravely was actually not a student of Qinghe University, strictly speaking.

Ren Xiaosu stepped out of the crowd and stood in front of the thugs. One of the thugs with an automatic rifle slung around him came over to grab Ren Xiaosu by the arm.

When the thug approached him, Ren Xiaosu silently counted a total of four thugs in the lecture hall. Three of them had come over from elsewhere, while the other one had been standing guard at the entrance from the beginning.

No, wait! There was another one hiding among the students.

There were a total of five of them!

Just as the two thugs were about to touch Ren Xiaosu, they suddenly realized he was grinning.

Before they could figure out why the young man was smiling, Ren Xiaosu suddenly raised his hands and accurately struck their throats with his knuckles. With a crack, their necks twisted weirdly!

The other thugs tried to point their guns over at Ren Xiaosu, but they saw a metallic layer of armor suddenly cover the young man in an instant.

The armored hand grabbed the chest region of the clothes of the two thugs and then pushed forward. The powerful force caused the two remaining armed thugs to lose their balance, and their backs smashed against a wall.

The two thugs were like toys being trampled on by a monster, unable to put up any resistance at all!

With a loud crash, the armored being broke through the walls of the classroom with the two thugs in its grip and rushed out into the corridor.

The two thugs felt as though their thorax had been wrung like a rag as they coughed up blood nonstop. Their automatic rifles were now slung loosely around their necks while their heads slumped to the side.

All of a sudden, the classroom was filled with dust and smoke. The students were so shocked they could not say anything. They could only stare at the large hole in the wall of the lecture hall blankly.

The sight of Ren Xiaosu killing the thugs was way too violent. That kind of power was so extreme that it shocked all the students out of their minds.

Wait a minute! Some of the students finally reacted. Wasn’t this the legendary superhuman from the Northwest?

What was he doing here?!

Before this, everyone had been enthusiastically discussing Ren Xiaosu for several days. But they could never have expected the subject of their discussions would appear right in front of them.

Yang Xiaojin’s classmates were extraordinarily shocked. Actually, they were the ones who were the most shocked of all in the entire lecture hall!

When the other thugs outside heard the commotion, they quickly started closing in on the classroom. Only the thugs manning the machine gun nests remained behind to stand guard. It would take at most 15 seconds for the thugs to arrive at the classroom.

Ren Xiaosu sneered inside the armor when he heard the sound of their footsteps nearing. However, he did not immediately try to block them off. Instead, he went back into the lecture hall and grabbed the thug who was hiding among the students and broke his neck!

A girl looked at Ren Xiaosu’s armor and said in fear, “W-Who are you exactly?”

Ren Xiaosu grinned in the armor and said, “Me? I’m the guy that Yang Xiaojin likes.”

As the footsteps approached, the students watched the steel armor rush out through the hole in the wall again. A wild animal was starting a hunt!