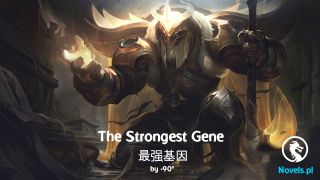 An hour before the creeper vine began its invasion into the center of the stronghold, Ren Xiaosu and Zhou Yingxue were making their way towards the city center.But when they passed by the gate of a courtyard house, Zhou Yingxue suddenly saw some banners scattered on the ground below her feet. She was stunned for a moment before saying, “Master, why are there so many banners lying on the ground here? There’s far more banners here than where Luo Lan and his entourage were staying.”

Ren Xiaosu also became curious. When he crouched down and peeled away the creeper vine leaves, he was surprised to see a fan sign made out of LED lights. The sign was still lit and it said, “Ranran, we love you!”

“Wait! Ranran? Why does it sound so familiar? I feel like I’ve heard that somewhere before,” Ren Xiaosu wondered.

She looked at the courtyard house completely covered by creeper vines. “Could this be Li Ran’s house?”

After Zhou Yingxue’s reminder, Ren Xiaosu finally remembered that Li Ran’s stage name was indeed Ranran. Furthermore, he had read in the newspaper that Li Ran had safely returned to Stronghold 61.

At that time, this news even headlined the entertainment section of Hope Media’s newspaper.

“Let’s go.” Ren Xiaosu said, “Even if this is her house, she definitely won’t have survived. The creeper vines have already enveloped her whole home.”

“Master, let’s go in and have a look.” Zhou Yingxue pleaded, “Li Ran is actually quite a nice person. Besides, the people around here have been captured as food reserves by the creeper vines. Their blood is slowly being absorbed for its nutrients, so maybe Li Ran might still be alive?”

Ren Xiaosu glanced at Zhou Yingxue. “Since when did you get so chummy with her?”

“Li Ran told me that she actually had a very sad life. She was the illegitimate daughter of an authoritative figure in the Wang Consortium, and her mother used to be a servant in the Wang clan. After she got pregnant, she was chased out of the family.” Zhou Yingxue explained, “Fortunately, both mother and daughter did not starve to death as someone secretly took care of them. Li Ran does not have many friends either as the people surrounding her are all after her money. She told me a lot that night, so I took pity on her.”

It was because of the collapse of Stronghold 74 that Li Ran revealed her true self under such vulnerable circumstances. Meanwhile, Zhou Yingxue’s teenage years were also very sad. Her mother was bedridden, so she had no choice but to sell herself to the Yang Consortium and become a spy. As such, the two of them found solace in each other.

Furthermore, Zhou Yingxue was not a cold-blooded person. Since she knew Li Ran might be inside, she naturally wanted to see if she could save her.

Ren Xiaosu sighed and said, “Alright, let’s go in and have a look.”

When Ren Xiaosu saw this, he could feel his scalp going numb. Could a normal person possibly survive if they encountered such a monster?

“Didn’t you say that trying to snatch its food would make it fly into a rage?” Ren Xiaosu asked.

Zhou Yingxue muttered, “It shouldn’t be a big deal if we just snatch one…”

When the two of them pushed open the door and entered, they saw Li Ran hanging from the middle of the villa’s living room with countless vines holding her up. Currently, Li Ran’s face was pallid.

Vines were wrapped around Li Ran’s limbs. The sight of the strange vines and the fragile young lady’s body suspended in the air gave the vibe that it was a beautiful tribute. There was a strange sense of beauty to it.

Zhou Yingxue hurriedly pulled Ren Xiaosu’s hand and went over to Li Ran. She tried to get a feel of Li Ran’s pulse, but before her hand could get close, the feelers of the creeper vine immediately stopped her.

However, when the feelers came to the front of Zhou Yingxue, they stopped again and lingered in the air around her. It seemed to have been confused by her presence.

Ren Xiaosu was sure the creeper vine did not have a sense of hearing. And it probably wasn’t that intelligent either. Otherwise, Zhou Yingxue would not have stayed hidden for so long.

He carefully sized up the feelers and said, “I’ll lop off the vines that are binding Li Ran’s limbs in a bit. Remember, if the creeper vines attack me in rage, you must give up on saving Li Ran immediately. I’ll carry you and we’ll escape together, understand?”

As soon as he finished speaking, Ren Xiaosu’s black saber appeared out of thin air. In the blink of an eye, he chopped off all the vines binding Li Ran’s body.

Zhou Yingxue did not immediately try to catch Li Ran, who was falling to the ground. Instead, she reached out to her pale hand and grabbed it!

A moment later, countless feelers attacked Ren Xiaosu. The vines in the villa were all twisting wildly and chaotically.

Ren Xiaosu was fully prepared for this. But when the feelers reached him, they suddenly stopped moving again!

A sharp spike was hovering right at the tip of Ren Xiaosu’s nose. Zhou Yingxue realized Ren Xiaosu had not budged an inch. He did not even bat an eyelid.

She had received professional training, so she knew that when faced with danger, flinching was a very natural response humans would have. But it was in the blink of an eye that the outcome of a battle could end up very differently.

As such, powerful warriors would undergo training to overcome such instinctive reactions. It was just like how Yang Xiaojin was able to calm herself by taking a deep breath. These were all behaviors that went against physical instincts.

But this was also a sign that one had truly mastered their own body!

“Carry Li Ran. Let’s get out of here quickly,” Ren Xiaosu said, clearly still feeling a vague sense of danger. Although the vines had stopped moving, Ren Xiaosu felt it seemed to have realized something this time.

When the two of them rushed out of the villa, Zhou Yingxue was holding one of Li Ran’s hands and carrying her on her shoulder like she were a bag of rice.

Ren Xiaosu turned around and looked at the creeper vines in the villa. The feelers had followed them out of the villa, but after Ren Xiaosu and Zhou Yingxue got far enough away, they stopped chasing after them.

Ren Xiaosu heaved a sigh of relief. Honestly, if Zhou Yingxue had not repeatedly pleaded with him, he would not have taken such a risk for Li Ran.

Li Ran, who was lying on Zhou Yingxue’s shoulder, suddenly let out a whimper as she regained consciousness. Zhou Yingxue placed her down. “Master, she’s still alive!”

Li Ran had more than a dozen wounds on her body that were still bleeding after she was stabbed by the creeper vines. Furthermore, a lot of her blood had been sucked out by the plant, so she was probably still in shock.

Ren Xiaosu took out the black medicine and was about to apply it on Li Ran when he realized her clothes were riddled with holes. Moreover, some of the wounds were located in very sensitive areas.

“Apply the medicine on her,” Ren Xiaosu said to Zhou Yingxue stoically.

Zhou Yingxue blinked innocently at Ren Xiaosu. “Master, I’m holding your hand with my right hand and her hand with my left, so how am I supposed to apply the medicine on her?”

“Are you doing this on purpose? You just want to watch things happen, don’t you?” Ren Xiaosu raised an eyebrow.