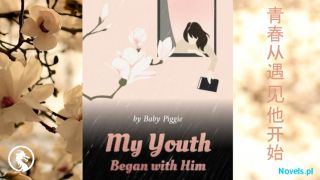 In a way, I was in quite a good mood right now, especially since I had gotten away from so many troublesome issues.

I knew that soon, people would learn about the news that Roland Mist had left the Northlands, and that certain people would try to find me.

However, whether they would find me or not would depend on my mood.

“Harloys face changing masks are cheap, easy to use, and can even add height!”

I was finding out that Harloys had more and more abilities now that made life ever easier… Ahem, since the silly cat was shining her sharp teeth at me, I should probably talk about other matters instead.

Since I was gathering information, I would always go sightsee at several places every time that I went to a new city.

However, such a way of thinking would be incredibly naïve.

Everyone would have their own methods. Every profession and trade had different ways of gathering information.

The thieves guild’s informants would be beggars and thieves. They would be in the lowest rungs of society. They could get a lot of information on many different topics, such as the price increase of food, or how some noble had gotten married to his eleventh concubine. However, since they provided far too much information, it would be organized until only information about power struggles, money, and battles remained. Not only that, they would only have local information from the city they were in.

If you wanted to find a certain person in a city or find out more about that person, it would be the best choice to hire the thieves guild. This was also one of the thieves guild’s most steady source of income.

However, if you wanted to do something like finding a treasure, you would need to worry about them stealing the treasure from you instead. You wouldn’t be able to give highly valuable information to the greedy thieves.

Still, the adventurer guild would have much better honor and trustworthiness. You would also typically be able to hire much stronger helpers than you would at the thieves guild.

Half of the merchant guild’s information would come from having purchased it. They would purchase information from both the thieves and adventurer guild. The other half of their information came from searching through their own tremendous amount of information.

Maybe this sounded confusing, so allow me to give a simple example. For instance, the merchant guild in a place which produced an abundant amount of wool would be able to know the price of wool in a large area around the merchant guild. This merchant guild would find out the price of wool in the nearby districts, in their own entire country, and multiple neighboring countries (although this would depend on the merchant guild’s strength) and information related to the rise or drop of wool prices. For instance, maybe there was an ongoing war in a certain location that would cause difficulties for a certain trade route, or how costs might rise by how much within half a year, or how long they expected a battle to go on for, how much stock they should keep in their warehouses, and so on.

One product would involve information about weather necessary for production, amount of work put into producing it, the industry’s overall situation, security in the local area, and so on, all the way to transportation security, safety in the area where the product was to be sold, any places at war on the trade route, how greedy the nobles on the trade route were, how much their taxes were, the average salary of who would purchase this product, the buyer’s average standard of living, why they would purchase such a product, and so on. Truly major merchants would always definitely be outstanding at gathering and analyzing information.

The nobles’ information was usually centered around war, politics, and the noble families. They lacked information about ordinary people, which made their information the most unreliable of all. I couldn’t even be bothered with going to them for information. I could simply ask for information from the Mist Alliance, telling them to immediately inform me if they had any information on Karwenz.

Also, the nobles felt that their information was ridiculously precious even though it was actually quite worthless. It would be quite difficult to negotiate with them, which was why I had no motivation to even talk to them.

I was completely opposite from a normal adventurer, as in my eyes, the best source of information was the merchant guild, followed by the thieves guild and adventurer guild equally, and the worst information would be from the legendary royal spies who were supposed to be capable of anything.

But along the way, what I learned was…

“A legendary gold-armored knight is riding a motorcycle together with his pet black cat as he travels throughout the plains. His sword desires to drink demon blood… Haha, Roland, how does it feel to be known as a legendary demon hunter? Mr. Sword Knight?”

Just what was all this! Even though I was looking for information, why had I become the most important information in town?

It would be impossible for me to directly find Karwenz. Even if I put up a most wanted poster with his face, the end result would only be finding myself…

But, Karwenz was the Abyss Prince. He had demons aplenty as subordinates. At most, maybe he would also have a few dark cultist subordinates. It wasn’t like his subordinates would be skilled at hiding themselves like how devils would be. Demons were always impatient, while dark cultists often were paranoid. They would definitely cause trouble if they were in the mortal plane.

No matter what Karwenz wanted to do, it would definitely be related to the mortal plane in the end.

Since I knew that his subordinates could only be demons or dark cultists, I only needed to target the demons and dark cultists.

Alright, I knew that this wouldn’t be reliable for finding him, but I figured there was no harm in trying until I reached the Mage Country. Maybe I would even find something unexpected.

“Yep, you’ve saved beauties seven times already, destroyed three dark cults’ altars, killed a dozen demon warlocks. Oh, grand demon hunter, you are undefeatable! Why is your sword so yellow? It’s because your sword has been stained with the demons’ sulfur blood!” (Harloys was singing a bard’s song about my exploits).

“…I feel like those idiot bards need to improve their professionalism and accuracy. Demon blood isn’t yellow. Also, I didn’t save a single beauty. I only saved four middle-aged woman, one grandma, and two naughty children. The demons can’t even find any beautiful women to sacrifice in this day and age?”

Of course, I needed to investigate the information on demons and dark cultists that I received.

That was why I happened to find so many dark cultists’ altars and demon warlocks’ evil sacrificial ceremonies. Although I really wanted to apologize and tell them that I had found the wrong person, they would never believe me!

Even though today’s demon warlocks were stronger on average, I had to say, their sense for beauty had decreased significantly. At the very least, the demon warlocks I killed back in the day had only tried to sacrifice young and beautiful women.

“With your luck stat, do you really think that you’ll be able to save any beautiful women? Be satisfied already with saving middle-aged women.”

The end result… was that I killed countless demons, dark cultists, and demon warlocks along the way. Apart from obtaining many Justice Points, I also obtained the laughable reputation of being the “Selfless gold sword wielding, gold armored demon hunter”. Wait a moment… didn’t that make me into Garen from League of Legends? Maybe I should jump out from a bush and shout “Demacia!!!” in order to improve the cosplay?

Since I had killed all those demons for free (since I happened to be passing by), and then leaving right after, not to mention how these demons were all difficult opponents that ordinary adventurers wouldn’t be able to handle, and that I instantly killed all these demons, meaning that my power level was astonishing, I improved my reputation as this rather laughable identity quite quickly. The bards in the area must have been quite bored as they quickly started embellishing my feats in order so that they could make more money.

Of course, there were also benefits to this. Before, I had to spend money everywhere I went to buy information, and I would be asked countless questions about why I wanted such information. I would even often have to resort to violence in the end. Now, since I was so well known, information would always come to me for free, as the local guilds really wanted me to deal with the dangerous demons in the area before their “free help” left the area. They would always tell me where I could find demons and dark cultists. However, my new trouble was that I needed to differentiate between the real information and what information was simply the guilds trying to take advantage of me to kill off their enemies.

“Ha, you’re basically the head spy of the entire Mist Alliance. It’s already quite good that nobody’s trying to hunt you down yet.”

Indeed, along the way, I had gathered the rarest type of information, firsthand information on geography, war, business, nobles, and so on. By the time that I finally had free time, it was likely that the information map of the Mist Alliance could be completely redrawn.

Additionally, all this information was the latest information as the Holy War went on, not to mention it was geographical information on the countries that the Mist Alliance would have to pass through when going southward. As for whether or not I intended on sending an army southward… I had no intention, at least for the time being.

I then arrived at a district known as the Abundant Valley. I then received some unexpected information from the local thieves guild that I viewed with great importance.