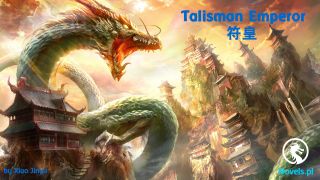 «The Emperor Wants To Marry The Doctor (Web Novel) - Chapter 674: Cozy Up to Someone Powerful!

Chapter 674: Cozy Up to Someone Powerful!

Facing the ever so passionate 36 Respected Elder Ming, Chu Liuyue really couldn’t handle him as she coughed and said, “Thank you so much, 36 Elder. I appreciate your kind intentions, but the present is too valuable…”

“Choose one! Choose one!” pestered 36 Respected Elder Ming. “How is this small thing valuable? I’ll give you a better one in the future!”

Chu Liuyue was speechless. Small thing… Is he talking about these Earth-grade warrior skills? Are top elites all so generous?

Chu Liuyue still wanted to reject courteously when Rong Xiu came up with his gaze sweeping across those boxes. Then, he chose one and passed it to Chu Liuyue. “This is 36 Elder’s kindness. Just accept it.”

If not, he might really pester Chu Liuyue about this for half a month according to his personality.

Chu Liuyue hesitated for a moment and could only accept the jade box. “Thank you, 36 Elder.”

36 Respected Elder Ming saw that box, and his eyes lit up. He looked at Rong Xiu and chuckled. “You really know how to choose, eh? I wanted to give Little Liuyue something, and you didn’t forget to intervene.”

Chu Liuyue looked at the duo in confusion.

Then, he took out another identical box from his Cosmic Ring and handed it to Chu Liuyue. “The one that 36 Elder gave you was the upper scroll, and this is the lower scroll.”

Chu Liuyue was confused. Why would a warrior technique be split into upper and lower scrolls?

As if guessing her thoughts, Rong Xiu’s lips curved up slightly. “You’re my fiancee. 36 Respected Elder Ming temporarily can’t give you this kind of thing, but I can.”

I knew it! Chu Liuyue immediately confirmed her guess. Putting the upper and lower scrolls together, it’s definitely a Heaven-grade warrior skill. What did Rong Xiu just say? It was just done conveniently?

36 Respected Elder Ming said sourly, “Pfft, you only know how to bully the elderly! When you get married, I’ll give whatever I want. It won’t be your turn!”

Chu Liuyue was speechless. Is this something they need to compare to see who’s more proud? Most of the cultivators in the world might not be able to peek at a Heaven-grade warrior technique their entire life, yet they can give it out so casually… Besides, I just broke through and became a stage-five warrior, yet I somehow received such a precious gift?

Chu Liuyue glanced at Rong Xiu with deep meaning. Now, I can confirm more than ever that the distinguished Prince Li—oh no, His Grace, is indeed someone wealthy!

Holding the two heavy boxes in her arms, Chu Liuyue silently felt that this was the feeling of cozying up to someone powerful. It feels great!

“Oh right! Little Liuyue, I heard Rong Xiu say that you’re also a Xuan Master and a heavenly doctor? Even though I don’t train in these two aspects, I still have quite a few things with me…” said 36 Respected Elder Ming as he poured out another bunch of items and started picking from them.

“Oh… This is an eighth-grade Xuan formation—for you! And this too; it’s for you! Hm? This seems like a medicinal formula. Back then, I took it from a nine… a heavenly doctor. Take it!”

Chu Liuyue—who could still pretend to be calm initially—had her eyelids twitching harshly. H-he’s too generous!

Rong Xiu had already accepted all those items and shoved them into her arms without letting her reject them. He then said nonchalantly, “36 Elder has a lot of random things, and it’s also a waste to leave them by his side. If you accept them, you can use them to their full potential. Therefore, just take them.”

As he spoke, he looked at those items as if he was choosing. “36 Elder, I remember you previously saying that you had a teleportation Yuan instrument?”

“Oh! Yes, yes! That’s good too!” 36 Respected Elder Ming searched for a while again and took out a round, palm-sized copper plate after some time and shoved it to Chu Liuyue. “Little Liuyue, you just reached the standard of traveling through air, so this thing is the best for you!”

At the start, she still tried to stop them. But in the end, she realized that she couldn’t even stop the two of them, so she swiftly gave up.

How should I put it? This feeling of being buried in money… It still feels good!

After all the shoving, Chu Liuyue’s entire person was almost buried by gifts before 36 Respected Elder Ming finally stopped.

He sized Chu Liuyue up and shook his head regretfully. “Sigh, it’s still lacking a little… Rong Xiu, you two must get married as soon as possible! If not, I can’t give many of the good items.”

As long as Chu Liuyue becomes Rong Xiu’s Princess Consort and reaches that level of relationship, I can continue then.

What does that mean? Why do I feel that something is wrong?

Rong Xiu then glanced at her, smiled, and said, “Keep these things first. There’s something you still don’t know yet. We can talk inside the house.”

Facing this forceful giving of gifts, Chu Liuyue just felt small, weak, pitiable, and helpless as she could only put all those items inside her Cosmic Ring obediently.

Even though the Cosmic Ring wasn’t heavy, Chu Liuyue—for some reason—felt that she would hear countless coins clashing against each other once she moved it.

Hm? Thinking of this, even though I had nothing when I was reborn, it seems like my luck in everything seems ridiculously good…

When everything was packed, the few of them finally entered the house.

36 Respected Elder Ming was dazed for a moment and immediately nodded.

Rong Xiu stood at the side and calmly smiled as he looked at this scene. Who doesn’t know that 36 Respected Elder Ming only likes to drink his own icy mountain snow water? It was especially when he reached such a cultivation level that he disregarded this kind of thing even more. Even though his acting skills are sloppy, he is sincere.

Chu Liuyue could also guess what was going on and felt it laughable and slightly warm in her heart. She could tell that he really liked her and thought highly of her.

And everything was because he cared about Rong Xiu.

Even though she had never heard Rong Xiu talk about him, she felt that this elder was also very important to him.

“A piece of news came out from the palace today.” Rong Xiu sipped on his tea, and the refreshing fragrance filled his mouth. “The wedding between the Third Princess and the Eldest Young Master is set on the 6th of July.”

Chu Liuyue was dazed. This is… Shangguan Wan finally can’t take it anymore and is about to ascend the throne?

While she was in a daze, she realized that Rong Xiu was looking at her intently.

Chu Liuyue’s heart skipped a beat. He seems to… care about my reaction a lot?